It was a clear cut striker versus grappler matchup on paper, as Filipino knockout artist Jimmy “The Silencer” Yabo met two-time BJJ No-Gi world champion Bruno Pucci in a featherweight contest at ONE: LIGHT OF A NATION, which took place on Friday, 30 June, at the Thuwunna Indoor Stadium in Yangon, Myanmar.

There was quite a buzz surrounding the contest, but it was the man known as “Puccibull” who had his way. He wasted no time in securing a ground and pound finish in less than half a round.

The pair opened up tentatively — Yabo, unsure whether to engage with full commitment due to the threat of the takedown; and Pucci, not wanting to fall victim to his opponent’s knockout power.

When the moment was right, the BJJ expert looked for the takedown, and although his initial shot was not enough to take things to the mat, he continued to press forward and ultimately secured it on the fence. As soon as “The Silencer” was on his back, it was one-way traffic. He was in Pucci’s world. 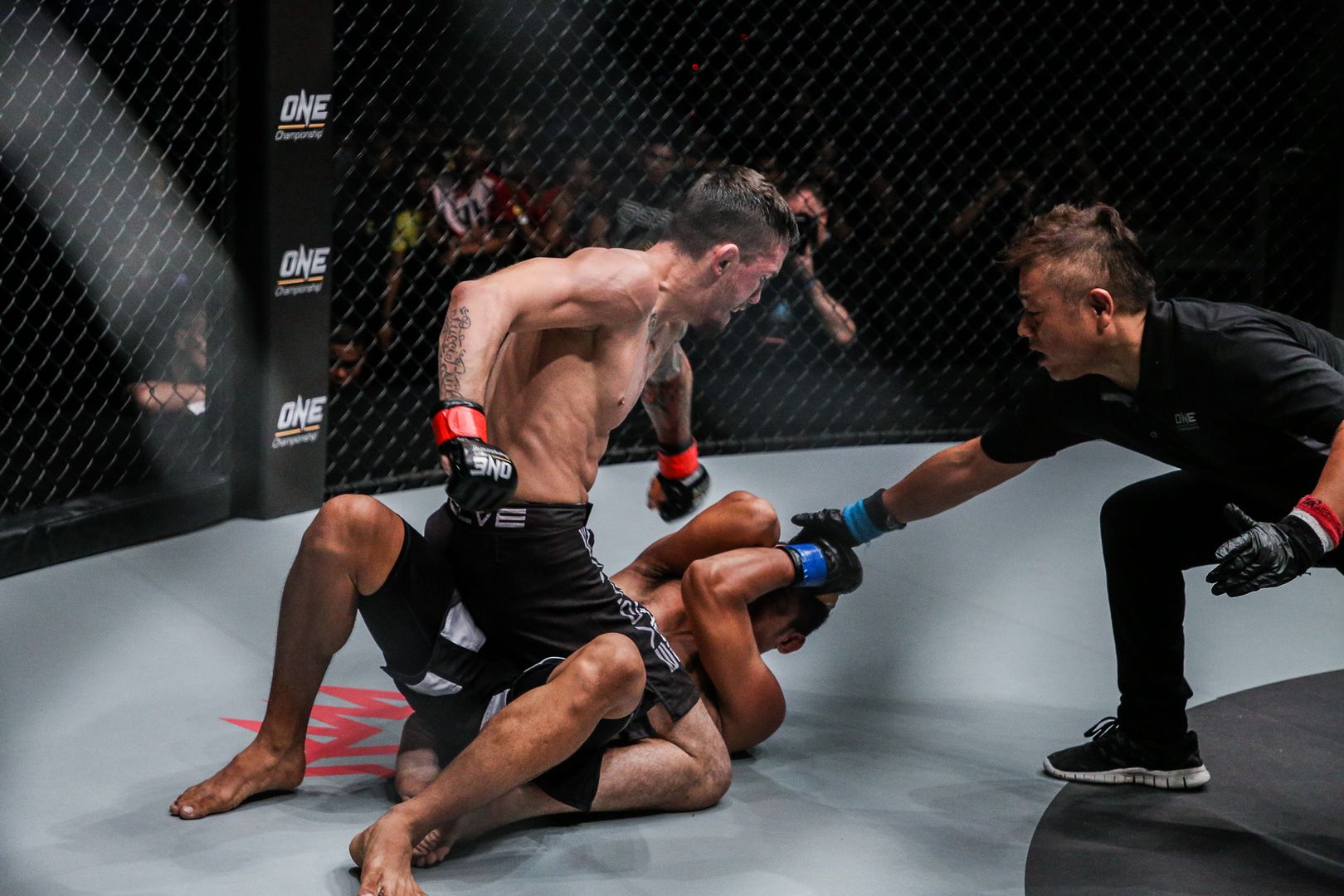 Although the Brazilian’s submission game is rightfully feared, he went to work with his heavy strikes, and that opened up opportunities to pass to side control, and eventually, the mount. The intensity of the attack become more and more ferocious as Pucci, a warrior out of the famed Evolve MMA, sensed the finish.

Referee Yuji Shimada had seen enough, and jumped in to halt proceedings at 2:12 of the opening frame, saving Yabo from any further punishment.

Pucci moves to 5-2 now, and recovers from an eight-second knockout to Nuerdebieke Bahetihan back in September. This was the Brazilian’s first TKO victory, and all five of his wins have been inside the distance. If he can keep bringing this grappling pedigree to bear inside the cage, he could be a threat to any competitor in the featherweight division.

Yabo moves to an even 5-5 (1 No Contest), and will need to correct his mistakes in order to remain competitive in such a stacked weight class.