Of the 16 bouts that make up the card for ONE: ENTER THE DRAGON, almost any one could deliver the most exciting action of the night.

The main event match-ups this Friday, 17 May are practically guaranteed to be epic as four superstars face off in a pair of five-round contests with gold on the line.

In the main event, Japanese icon Shinya “Tobikan Judan” Aoki will defend his ONE Lightweight World Title against Singaporean young gun Christian “The Warrior” Lee, and in the co-feature, a Nieky “The Natural” Holzken and Regian “The Immortal” Eersel will meet in a battle of elite strikers for the inaugural ONE Lightweight Kickboxing World Championship.

However, beyond those two showstoppers, the undercard is positively packed with appetizing encounters between some of the most talented kickboxers and mixed martial artists on the planet.

Ahead of an evening of unmissable entertainment, the onefc.com editorial team has dived deep into the event to choose three bouts that could steal the show at the Singapore Indoor Stadium.

Amir Khan doesn't dream about success. He works for it! ????

One look at the finishing rates of Amir Khan and Saygid “Dagi” Guseyn Arslanaliev will tell you all you need to know about this ONE Lightweight World Grand Prix semifinal.

Of their 18 combined wins, 17 have come inside the distance, which suggests the judges may be able to take a short break when these men enter the ring this Friday.

Both men have many ways to win bouts with their well-rounded skill sets, but they both prefer to hunt for stoppages via strikes.

Khan’s specialty is his sharp Muay Thai, which has helped him to hit knockouts using punches, elbows, knees, and kicks thanks to his pinpoint accuracy and precise timing.

In contrast, “Dagi” began life as a professional athlete as a grappler, but he is just as well known for his heavy hands now. The Turkish athlete can swarm on his opponents with flurries of punches, or put an opponent down with one big shot – just like he did against Ev “E.T.” Ting in the tournament quarterfinals.

Though neither man has ever been the victim of a KO in their careers so far, only the most skeptical martial arts fan would expect that statistic to stay the same in Singapore.

Tonon has quickly amassed a perfect 4-0 record in mixed martial arts after he switched from elite-level grappling competition. His submissions are among the most potent in his new sport, but he has also shown rapid improvements in his striking and ground and pound.

His rate of evolution has been remarkable, but the level of opposition he has to face keeps getting higher, and in Nakahara, he will meet a more experienced rival who boasts a seven-bout win streak.

The Mach Dojo representative also delivered a stunning knockout win over the durable Emilio Urrutia in his first bout in The Home Of Martial Arts, when he displayed a wide-ranging skill set and had success with his striking and wrestling.

That contest showed it will be his stand-up output that poses the biggest threat to “The Lion Killer.” The big question is whether his defensive wrestling can pass the test so he can avoid a perilous encounter on the ground with Tonon.

Watch out for the HEAVY hands of Enriko Kehl in the ONE Featherweight Kickboxing World Grand Prix on 17 May! ????

Watch out for the HEAVY hands of Enriko "The Hurricane" Kehl in the ONE Featherweight Kickboxing World Grand Prix on 17 May! ????Singapore | 17 May | 7:00PM | Watch on the ONE Super App: http://bit.ly/ONESuperApp | TV: Check local listings for global broadcast | Tickets: http://bit.ly/onedragon19

Pick any ONE Featherweight Kickboxing World Grand Prix bout, and you can expect to see some spectacular striking action, but perhaps none have more potential for pure toe-to-toe thrills than Enriko “The Hurricane” Kehl versus Dzhabar “Genghis Khan” Askerov.

These European warriors have met twice before, and each of those bouts has produced fireworks.

Their first contest in 2013 delivered probing, technical kickboxing early on, but hit a high pace after the first few minutes and brought back-and-forth, fast and furious action for the remainder of the encounter.

It was so close, a fourth, extension round was required, which Askerov won to take the decision victory.

A rematch 18 months later hit high gear even more quickly as both men traded hard punches in search of a knockout, which the Russian got to take him to 2-0 in their series.

Since then, each athlete has only improved, and now seem to be at the peak of their powers – as Kehl showed in his spectacular ONE debut against Liam Nolan in April. Now with the stakes higher than ever in The Home Of Martial Arts’ world-class tournament, expect “The Hurricane” and “Genghis Khan” to surpass anything they have produced before. 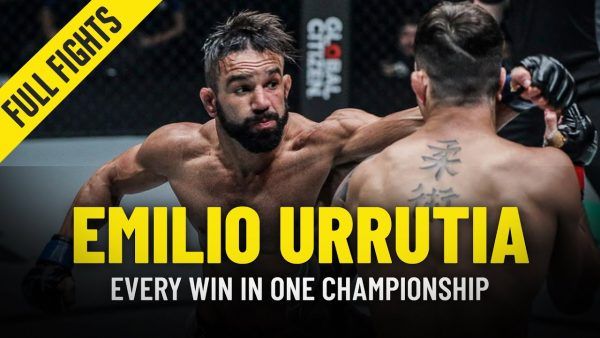