Enriko “The Hurricane” Kehl has officially punched his ticket to the ONE Super Series Featherweight World Grand Prix.

On Friday, 8 March, the German made a successful promotional debut at ONE: REIGN OF VALOR in Yangon, Myanmar.

He utilized his explosive striking arsenal to defeat Britain’s Liam Nolan via TKO in the second round of their ONE Super Series kickboxing featherweight battle.

Enriko Kehl floors Liam Nolan with a devastating combination to win by knockout at 2:12 of Round 2!

Enriko "The Hurricane" Kehl floors Liam Nolan with a devastating combination to win by knockout at 2:12 of Round 2!Watch the full event on the ONE Super App ???? http://bit.ly/ONESuperApp | TV: Check local listings for global broadcast

Kehl wasted little time introducing himself to the capacity crowd inside the Thuwunna Indoor Stadium.

Coming out like a ball of fire, he worked inside Nolan’s considerable reach advantage and threw a blistering series of combinations.

As the 27-year-old from Thuringia, Germany plodded forward with plenty of aggression, Nolan unleashed several explosive strikes including a well-timed jumping switch knee.

Still, Kehl was throwing with more volume and landed quite consistently. 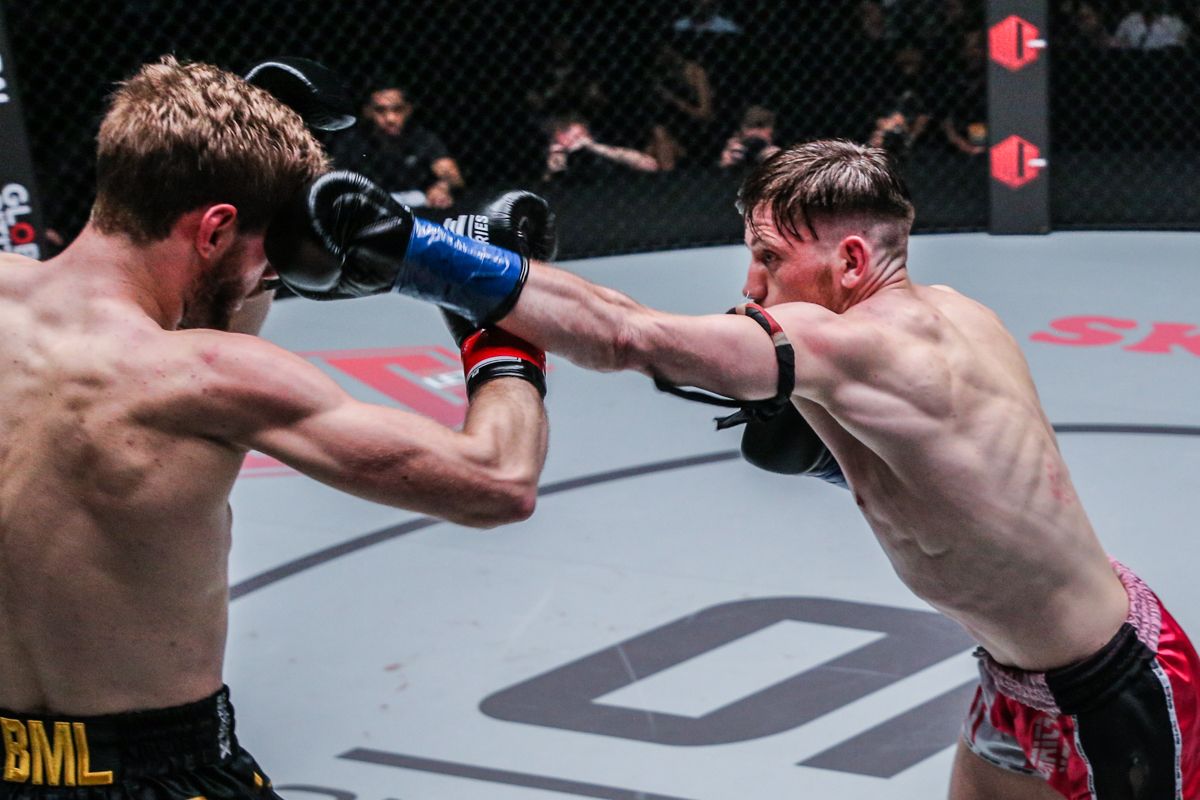 The second round saw more of the same from the German striker.

Kehl was always on his front foot and stalked his rival across the cage with punches in bunches.

Although Nolan tried to find his rhythm, “The Hurricane” unloaded a torrential downpour of combinations that just chipped away at the 21-year-old British kickboxer.

Once the Englishman was backed up against the cage, Kehl seemed determined to finish. 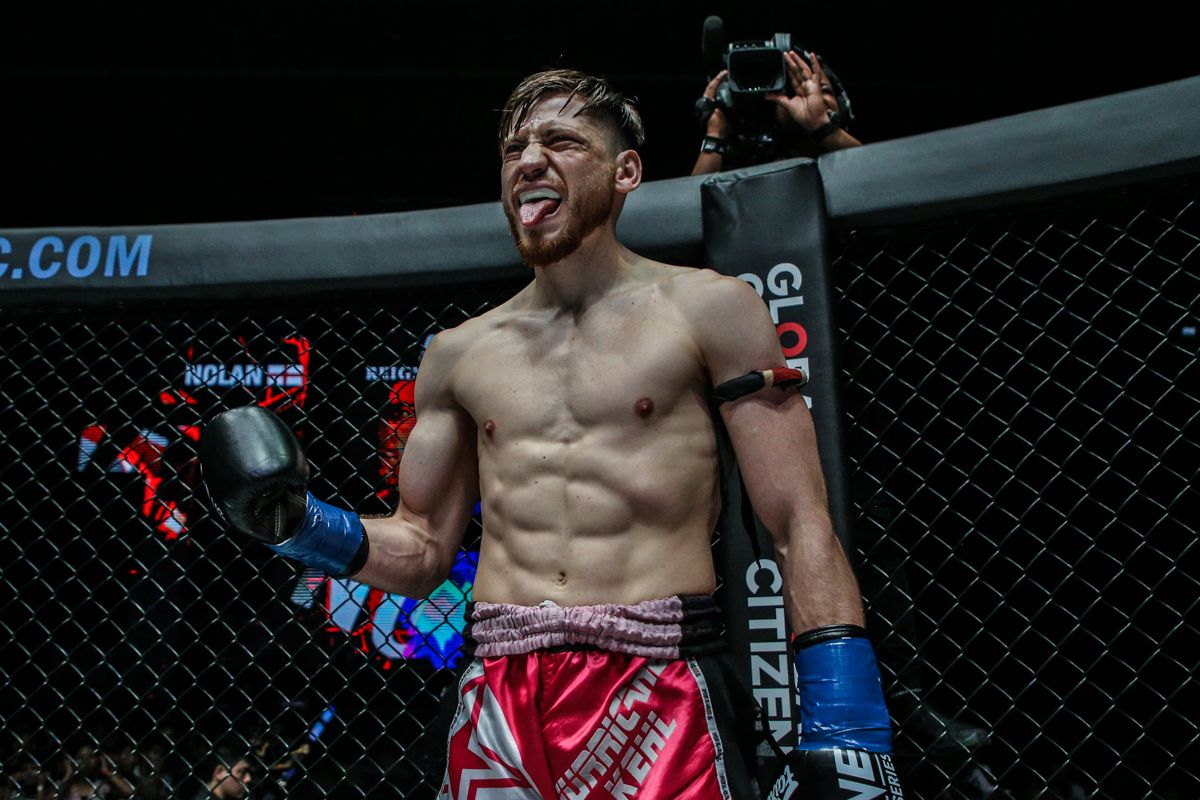 Kehl shifted his focus to the midsection.

He threw a series of shots to the body, with a final punch folding Nolan in half and sending him to the canvas.

The British dynamo recovered enough to get back to his feet, but “The Hurricane” was relentless with his striking fury.

He came forward once more with a huge series of punches. As Nolan covered up to survive the storm, Kehl connected with a short knee to the body and crumpled him with a left to the head.

This time, the Englishman was not able to answer the 10 count. 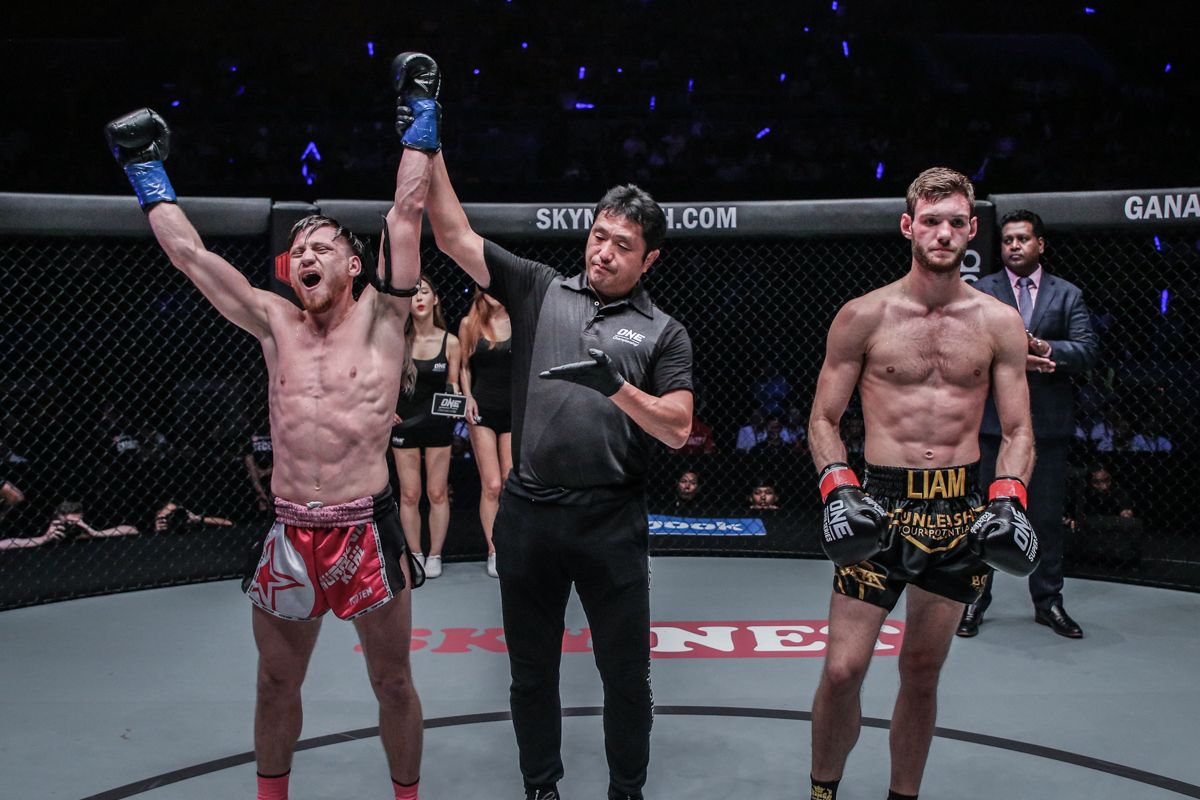 The bout was stopped at the 2:12 mark of round two, giving Kehl the TKO victory.

With the win, the German moved his record to 48-14-2. But more importantly, he qualified for the ONE Super Series Featherweight World Grand Prix, which will officially kick off in May.