ONE Championship is back in the Philippines as the world’s largest martial arts organization prepares for its first huge event in Manila of 2019.

The key athletes involved in the main card at ONE: HERO’S ASCENT faced the media, then each other, at the pre-event press conference ahead of their bouts at the Mall of Asia Arena on Friday, 25 January.

The night’s main event will see ONE Flyweight World Champion Geje “Gravity” Eustaquio face a familiar foe in former champion Adriano “Mikinho” Moraes, as they meet in a rubber match for the belt.

Defending World Champion Eustaquio was in fine form during the press conference as he gave an inspiring speech, revealing how one simple decision a decade and a half ago transformed his life.

“15 years ago, I made the biggest decision of my life to pursue martial arts,” he explained.

“No one believed that I would be standing here in front you all as a World Champion. But now I have learned throughout my career and my training that the word ‘impossible’ doesn’t exist.

“With the help of my coach and my team, we have achieved success. If I listened to those who were saying I wouldn’t make it, I would not be standing here in front of you all today.

“This Friday night, me and Adriano will make history in the first ever trilogy bout in ONE Championship. I invite you all to come and watch.”

Moraes is looking to recapture the World Title he lost to “Gravity” last year, and says fans can expect a markedly different performance from the Brazilian in their third meeting on 25 January.

Without a father figure to guide him, growing up was very hard on Geje Eustaquio.

“The Adriano that fought Geje in the last match, I can say with confidence that it wasn’t me. I wasn’t myself in that bout,” he said.

“This time, I have prepared very well for this third bout. Whatever happens, I am ready to give my best.

“This is going to be a good fight. I am looking forward to it.”

The bout is making history as the first trilogy match in The Home Of Martial Arts, and ONE Championship Chairman and CEO Chatri Sityodtong said the contest will also determine who will lead the weight class into a new era this year.

The ONE Flyweight World Grand Prix tournament will shake up the division in 2019, not least because of the inclusion of pound-for-pound superstar Demetrious “Mighty Mouse” Johnson.

Sityodtong explained that he expects both of the men involved in the main event to cross paths with “Mighty Mouse” in the not-too-distant future.

“I think this is a fight that everyone wants to see,” he said.

“The stakes couldn’t be higher. This is historic. Whoever wins this one – I think that’s the end of the chapter.

“I’m sure down the road they’ll fight other top competitors, especially as we now have DJ in the flyweight division. These guys will definitely end up fighting DJ, I’m sure.”

Eustaquio also commented on Johnson’s arrival in the flyweight division, suggesting the American star will face the toughest opposition of his career in ONE Championship.

“They say DJ is the best pound-for-pound athlete on the planet, but they say that because he’s never been to Asia,” he stated. 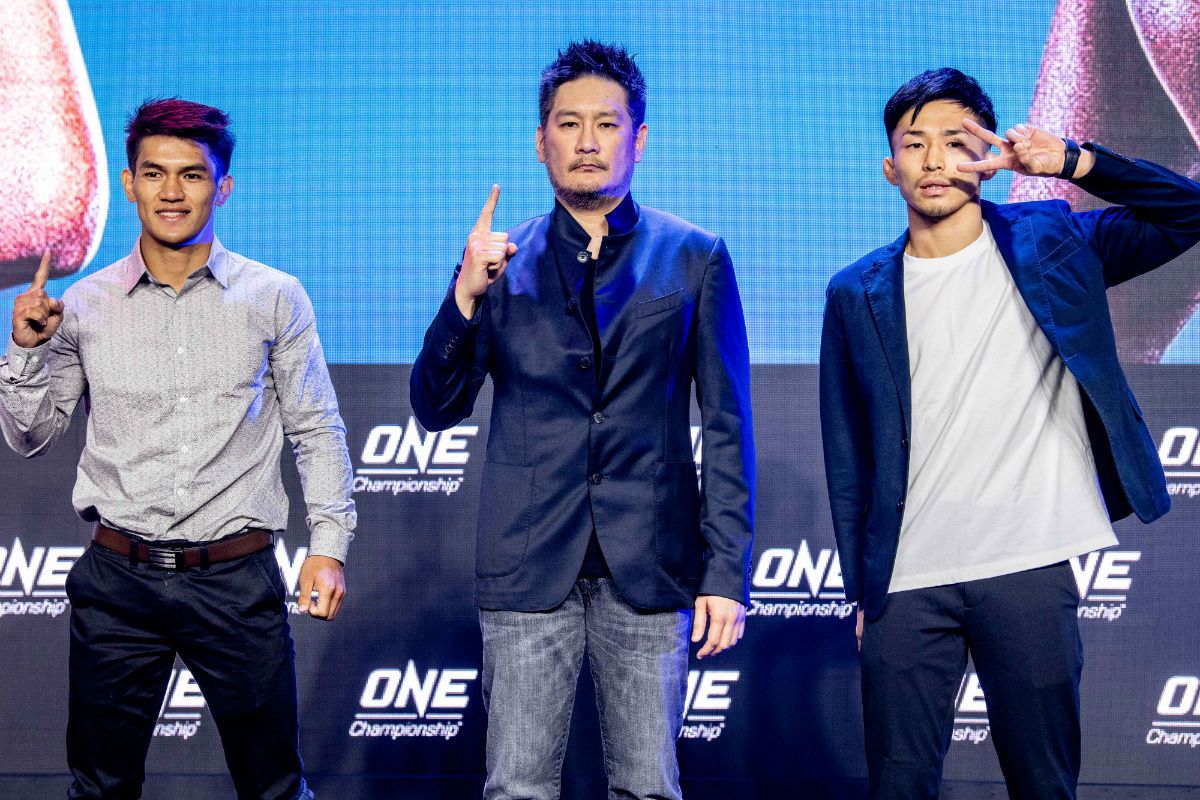 Also present at the press conference were flyweight contenders Danny “The King” Kingad and Tatsumitsu “The Sweeper” Wada, who face off on the main card. The winner will earn a place in the ONE Flyweight World Grand Prix.

Muay Thai is also on the table, as Rodtang “Iron Man” Jitmuangnon and Fahdi “The Gladiator” Khaled will compete in a ONE Super Series contest.

“When I look at this card and these incredible athletes, I am so fired up,” said Sityodtong.

“This is going to be an amazing evening. As the world’s largest stage of martial arts competition, all ONE Championship wants to do is showcase the very best.”

And the best looks set to get even better in the weeks and months to come, as ONE’s Chairman and CEO also hinted at more big-name signings to join the likes of Johnson, Eddie Alvarez and Sage Northcutt on the ONE Championship roster.

“A lot of superstars from the other global organizations have reached out to us, and Matt Hume’s inbox and conference call schedule has just blown up. You can expect some big, big news coming up,” Sityodtong revealed.

“I think DJ, Eddie Alvarez, and Sage Northcutt is just the beginning of ONE Championship’s global dominance over the other two major global martial arts organizations.

“You will see some more of the greatest martial artists join us. I can’t say names, but I’ll just tell you that you guys will be shocked by the number of names and current World Champions that don’t want to be part of that organization anymore, and have already reached out to us, and want their contract to expire and come and join us. So stay tuned for big news.

“It only means that ONE Championship is going to get bigger and better for the fans [and] it only means all of our athletes are going to have to step up even more.”