It’s been a turbulent 2020 for everybody, but mixed martial arts star Agilan “Alligator” Thani appears determined to thrive in these uncertain times.

The 25-year-old Malaysian has made significant changes in an effort to fulfill his vast potential, and he’s aiming to show off those developments against Tyler McGuire at the previously recorded ONE: BIG BANG II this Friday, 11 December.

Though “Alligator” earned the victory in his last bout against Dante Schiro 12 months ago, he was left unsatisfied. Now, he’s more motivated than ever to deliver against McGuire at the Singapore Indoor Stadium.

“I was not really happy with my performance. I think I could have done better, but looking back, I think it’s what I needed, and I’m looking forward to doing better in my next fight,” Thani says.

“What keeps me pushing forward now is trying to perform at my best in every fight. I’ve had fights where I’ve been flat and done nothing, so I got beat up. But now, I want to show what I am capable of every time.”

In order to do that, Thani took some drastic action.

First, he traveled 15,000 kilometers to the United States to train at Sanford MMA alongside fellow ONE superstars Martin “The Situ-Asian” Nguyen and ONE Light Heavyweight World Champion Aung La “The Burmese Python” N Sang.

Unfortunately, COVID-19 reared its head and cut Thani’s trip short before he could make the most of it.

“I knew it was time for me to develop my skills to the next level and get the world-class training that I needed,” the former ONE Welterweight World Title challenger offers.

“I have good training in Malaysia, but [at Sanford], they have the big guys and top names. I wanted to see what they do that makes them so successful, but as soon as I landed, I got the news that I might have to go back.

“I had one week of training there, but it was not enough to judge a proper camp. So, it’s not fair to say how good it was, but I did learn one or two things.”

Even after Thani returned to Malaysia, the switch-ups continued. In May, he announced he was leaving his longtime home of Monarchy MMA in order to experiment with his own training.

It was not easy for the Kuala Lumpur native, but he believes the challenge will benefit his game – and his mindset – in the long run.

“It does feel really good to get out of your comfort zone. When I was at Monarchy, the training was good and I had good people around me, but it was comfortable,” Thani says.

“There were always classes to just turn up to, I didn’t have to worry about anything. Now I literally have to plan every session and see what I can do. It’s good for the mind, and I think it’s good to build something new out of it.

“I’ve had help from a lot of friends and training partners, but I’ve just been using the uncertainties and going with it.”

While some athletes might prefer predictability and routine, Thani’s different approach seems to have reignited the fire inside him. He’s now looking forward to putting his training into practice against an extremely tough opponent in McGuire.

Like “Alligator,” the American standout has also competed for the World Championship gold in the welterweight division and remains one of the top contenders.

That’s perfectly fine with Thani, who’s ready to showcase his skills against a strong opponent and kick-start another run to the top.

“Tyler is a top contender. I was offered a different opponent at first, but because of the travel bans and COVID situation, it was changed to him, and I was happy that I was offered another opportunity to compete,” Thani says.

“Beating Tyler will definitely put me in a better place in the division because he was one of the last guys to fight for the title. But there are some really new guys who look super dangerous now, so it would be up to ONE [as far as] where we go after that.” 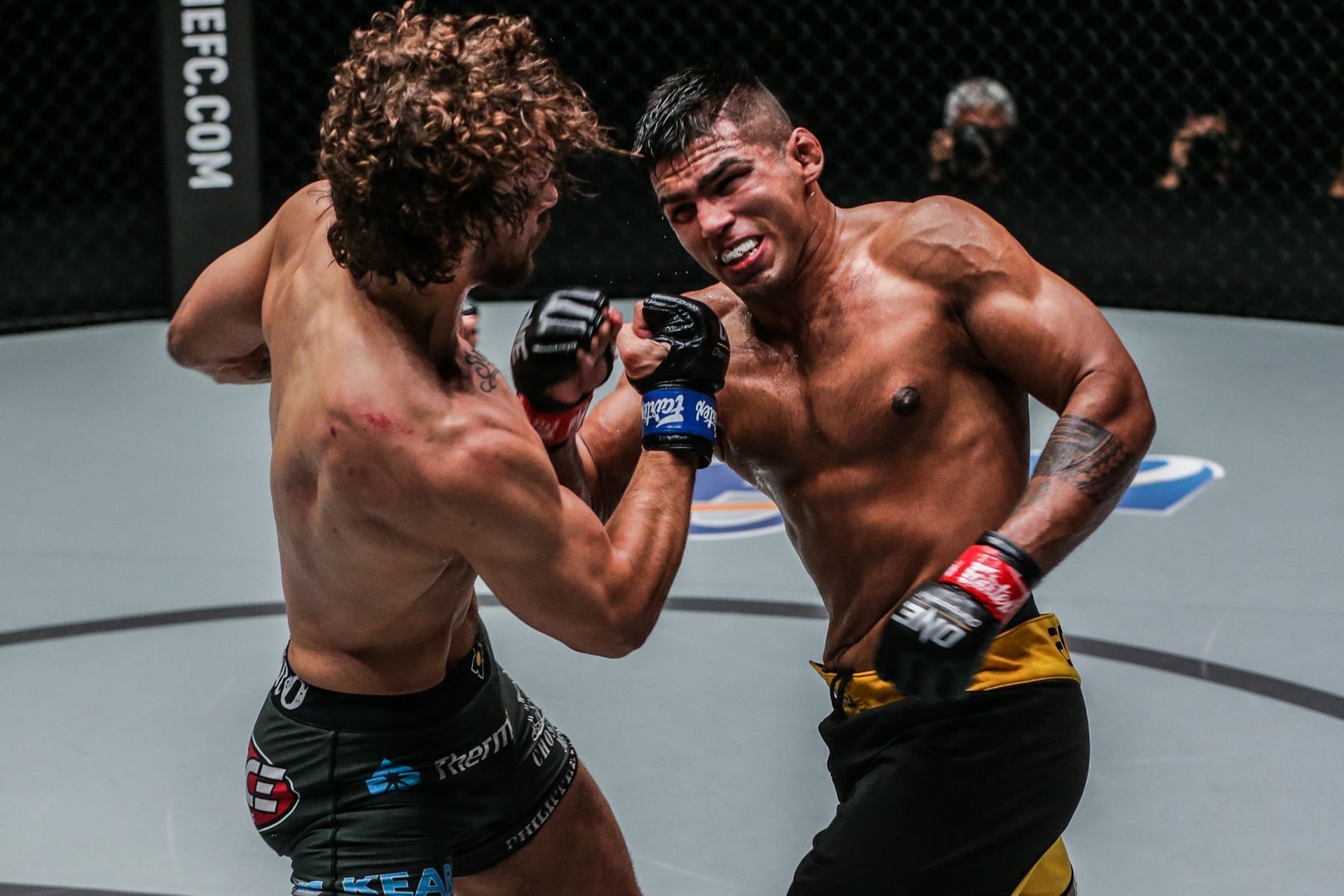 While Thani would love to climb the welterweight ladder, he’s not looking too far ahead. He knows he’ll have his hands full against the Apex MMA and SikJitsu Fighting Systems representative.

At the same time, “Alligator” has learned from both victory and defeat, and he’s used those experiences to become a better all-around fighter.

“I’ve got to be ready to adapt. I need to have the advantage everywhere. I have to use my mind and be smart with the game plan — don’t let him play his A-game,” Thani says of McGuire. 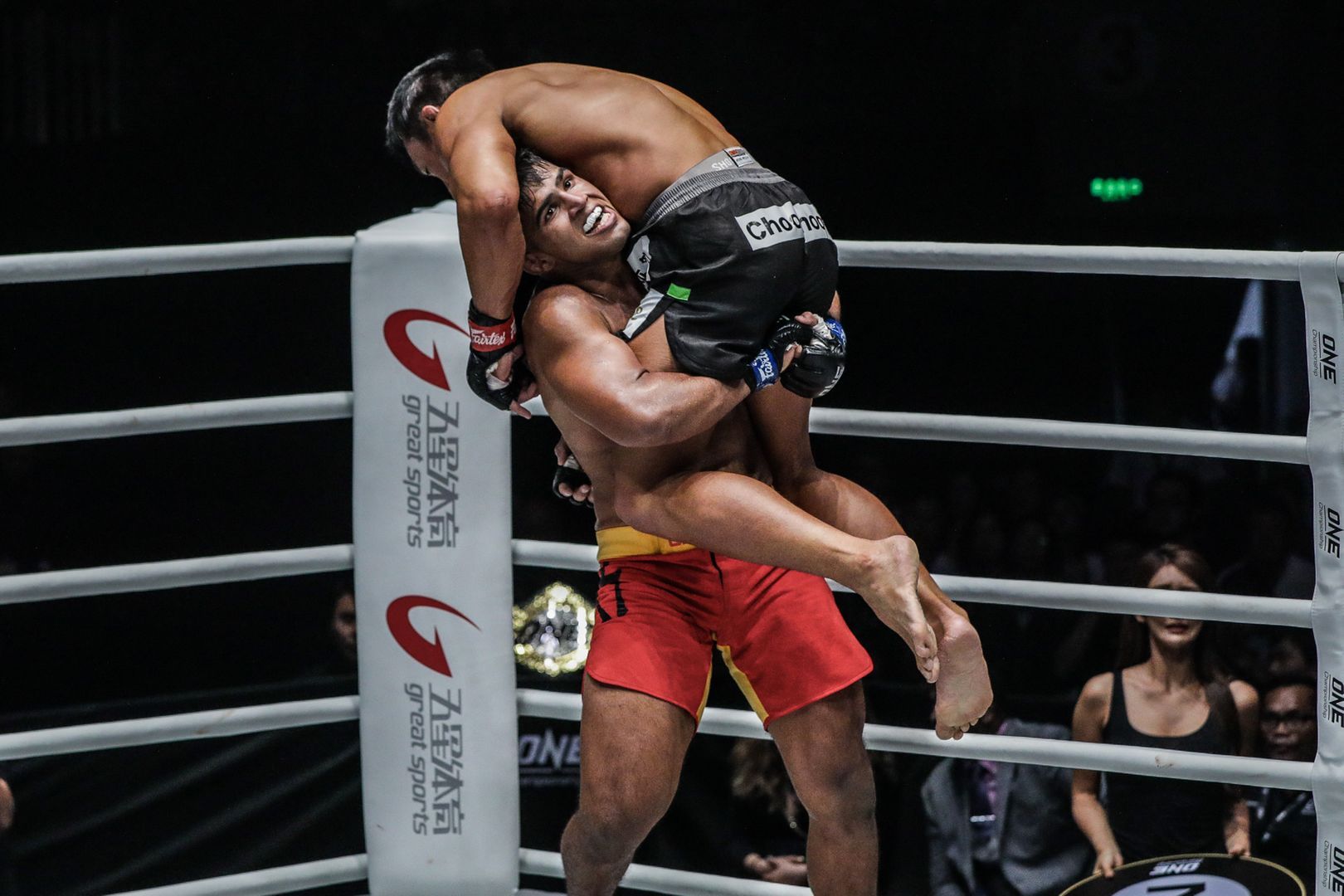 If “Alligator” can stay on his feet long enough, he hopes to exploit some of McGuire’s weaknesses in the stand-up range.

And though he doesn’t see many glaring holes, the Malaysian believes there are frailties in the American’s armor.

If he gets the chance, he’ll exploit them.

“Obviously, the ideal scenario would be a finish because I haven’t had one in the past two years, so a finish against McGuire would be a dream performance to me,” Thani says.

“He keeps his hands down low when he is moving a lot, and I think that’s when I can catch him with my punches and my kicks.”