The crowd inside the Axiata Arena erupted as hometown hero Agilan “Alligator” Thani claimed victory after a thrilling back-and-forth battle with Dante Schiro at ONE: MARK OF GREATNESS.

On Friday, 6 December, the man from Kuala Lumpur earned a split decision after three closely-contested rounds of mixed martial arts in the welterweight division.

Thani got off to a great start when he closed the distance and slammed his rival onto the mat, but the American quickly regained his footing. The athletes battled against the fence and swapped powerful uppercuts on the break before Thani scored another takedown.

The Monarchy MMA representative was active from top position, but Schiro landed elbows and attacked with a pair of guillotine choke attempts to make sure the contest was still competitive.

Both men threw heavy leather to open up the second stanza. Thani’s overhand right, left hook and low kicks found a home, while his foe from Wisconsin scored with uppercuts and straight rights. 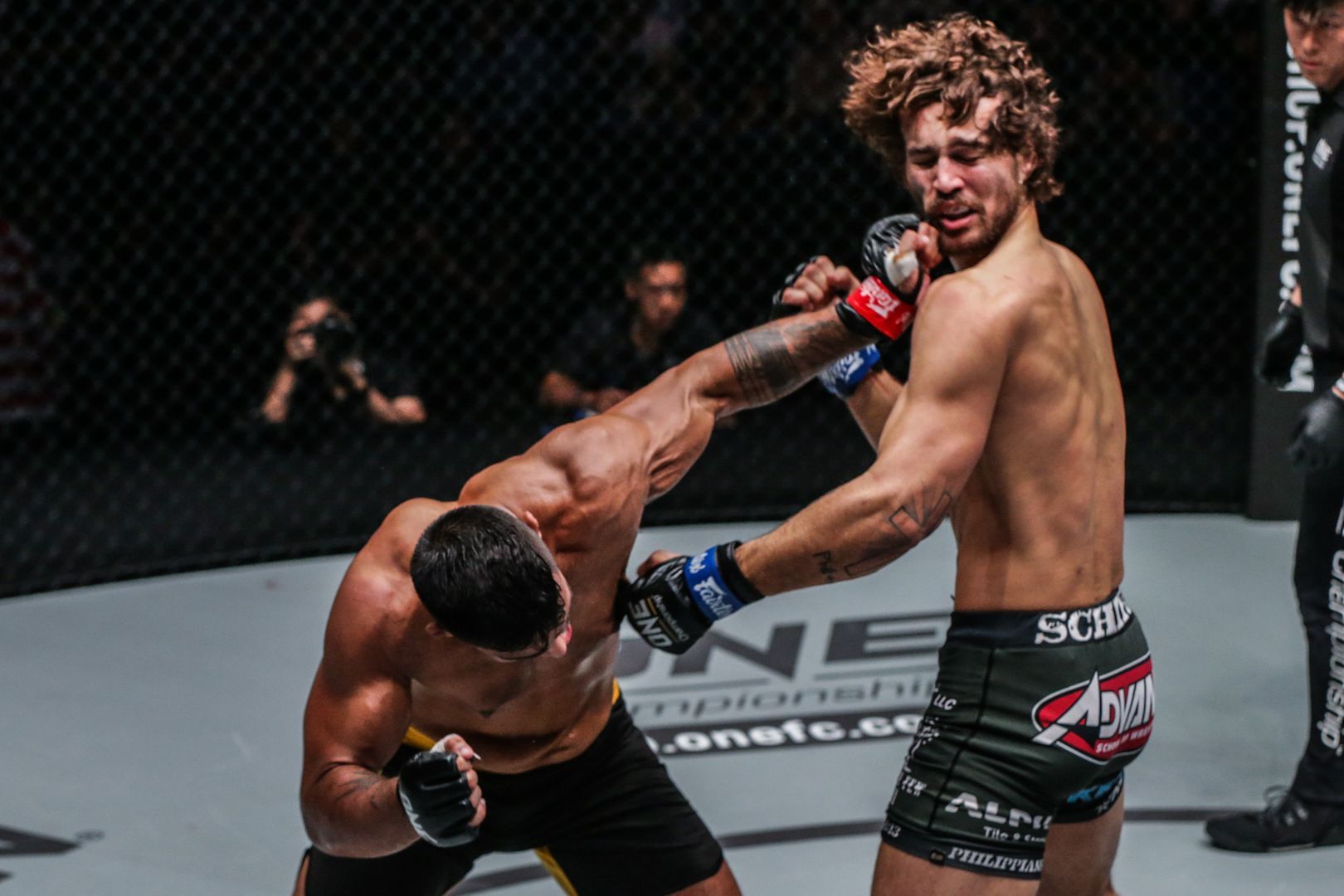 “Alligator” scored another takedown when he caught a kick, but his search for a submission was cut short when the position was reversed. When Thani tried to stand back up, he was plunged into danger as Schiro jumped onto his back, locked up a body triangle and came close with a rear-naked choke.

However, buoyed his local crowd, the Sentul native fended off the attacks to make it to the end of the round.

At the start of the final frame, “Alligator” again stepped in with hard overhand rights and attempted to impose his wrestling once again. Schiro was mostly on the back foot, but stuffed the takedowns and continued to step in to exchange toe-to-toe until the final bell. The fans were on their feet as the match came to a close after 15 minutes, and they waited for a decision that could have gone either way.

After an agonizing wait for the two athletes, a split verdict was revealed in Thani’s favor, which improved his professional record to 11-4.