Reece “Lightning” McLaren made it a short night’s work at ONE: MARK OF GREATNESS inside the Axiata Arena in Kuala Lumpur.

Former ONE World Title challenger Reece "Lightning" Mclaren ???????? locks in a rear-naked choke on Gurdarshan Mangat in Round 1!????: How to watch ???? http://bit.ly/ONEMOGHowToWatch????: Book your hotel ???? bit.ly/ONEhotelplanner????: Watch on the ONE Super App ???? bit.ly/ONESuperApp????: Shop official merchandise ???? bit.ly/ONECShop

“Lightning” struck quickly in round one. As soon as the bell rang, he closed the distance and after some initial clinching took his opponent to the canvas.

From there, McLaren went to work using his bread and butter – his Brazilian Jiu-Jitsu – as he applied crushing top pressure from the half-guard position and drove his left shoulder into Mangat’s chin.

The Indian star was left trapped and unable to respond as the Australian dominated on the ground. McLaren then moved to side control and threatened to lock up the crucifix position, but Mangat was wise to the threat and moved his right arm out of harm’s way. 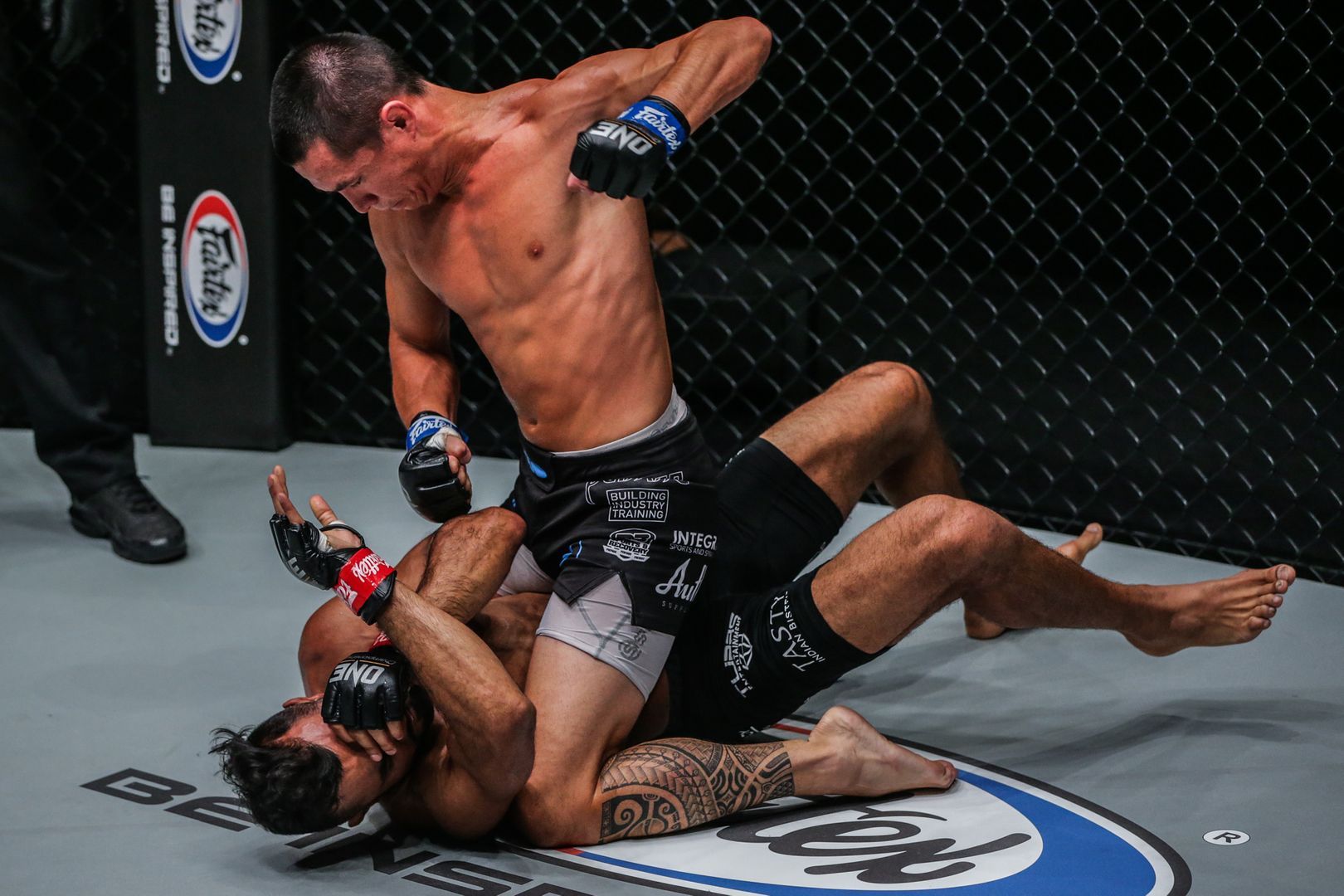 But McLaren remained relentless. He swiftly changed the focus of his attack as he moved into full mount, where he proceeded to unload punches and elbows to the head of his trapped opponent.

The only defense “Saint Lion” could offer against the striking onslaught was to roll himself away from the punches. But that opened up the opportunity the 28-year-old XFC and Eternal MMA Champion was looking for as he moved to Mangat’s back and immediately locked up a rear-naked choke.

McLaren then applied the squeeze to force the tap at the 4:35 mark of the opening round to bring his mixed martial arts record to 13-7 and finish 2019 on a high.