Miao Li Tao has defeated some of the toughest strawweight fighters on the planet, including a former ONE Strawweight World Champion.

On Friday, 13 August, the Chinese star will face another former divisional king in #5-ranked strawweight contender Alex “Little Rock” Silva at ONE: BATTLEGROUND II, and he hopes a victory will catapult him toward a shot at the World Title.

“When I received news of the match and learned that my opponent was Alex Silva, I wanted to prepare well and go all out, so I watched his fights,” Miao says.

After all, “Little Rock” – who is a third-degree BJJ black belt and also a BJJ World Champion – has scored eight submission wins over the course of his storied mixed martial arts career, tapping out the likes of former ONE Strawweight World Title contender Rene “The Challenger” Catalan, top Indonesian strawweight Stefer “The Lion” Rahardian, and previously unbeaten Japanese grappler Hayato Suzuki.

That fact won’t be lost on the man from China when he enters the Circle, so he’s been formulating a game plan that will allow him to negate his rival’s grappling mastery.

“I have to do a good job with my takedown defense. I have to try to defend his takedowns as much as possible,” Miao says.

“If Silva drags me to the ground, I have to find a way to stand up because I’ve watched his ground game – he’s good. I have to avoid his submissions. If he can’t take me down, he has no chance to develop the fight on the ground.”

With that said, Miao also believes he has figured out the fiery grappler’s greatest weakness.

“Power is his shortcoming,” the Chinese athlete says. “And I think my boxing skills are better than his.”

For his part, Miao certainly has no shortage of power.

The Sunkin International Fight Club whiz kid showed the world what kind of striker he is when he took on Silva’s teammate and former ONE Strawweight World Champion Dejdamrong Sor Amnuaysirichoke at ONE: ENTER THE DRAGON in May 2019.

Up until that matchup, Dejdamrong had only been knocked out once in his professional fighting career, including his 300-plus Muay Thai bouts. But in the first round of their duel, Miao swung a looping left hook that connected with the tenacious veteran’s chin and dropped him where he stood. 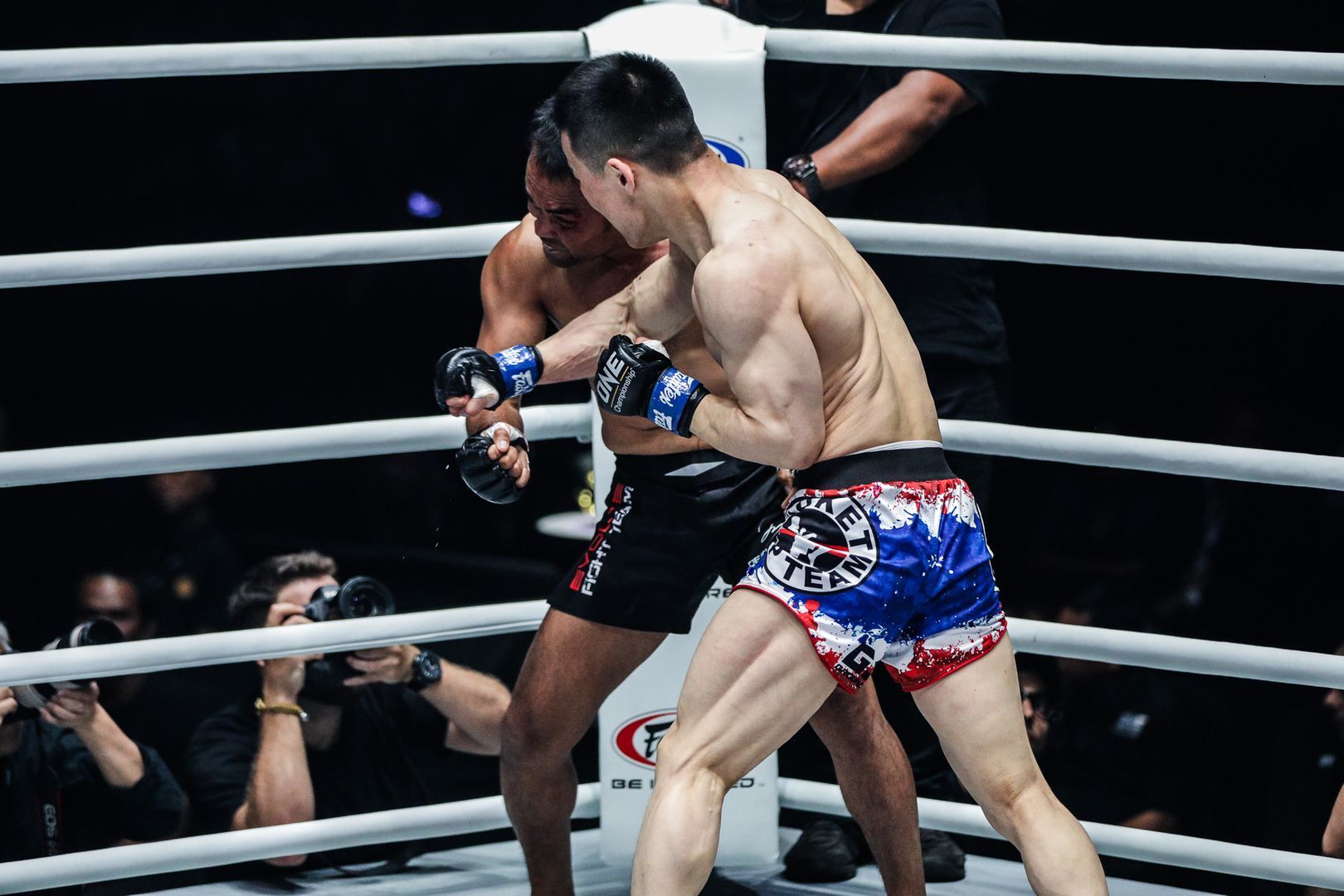 Should he defeat #5-ranked Silva in similar fashion – or beat him at all – Miao will have scored victories over two former ONE Strawweight World Champions.

In addition to that, the Chinese juggernaut will have defeated a third member from the famed Evolve MMA gym in Singapore, as he decimated Ryuto “Dragon Boy” Sawada at “ONE on TNT III” in April.

All of that could thrust his name into the division’s top-five rankings.

Once at the upper echelon, there are a handful of men Miao could further test himself against, such as #4-ranked Hiroba Minowa or #3-ranked Bokang “Little Giant” Masunyane.

However, if it was up to the Chinese athlete, he’d shoot right for the man who’s had a stronghold on the division for the last 27 months.

“I have to win this match to get a chance to go one step further in my career,” Miao says. “Joshua Pacio, you wait!” 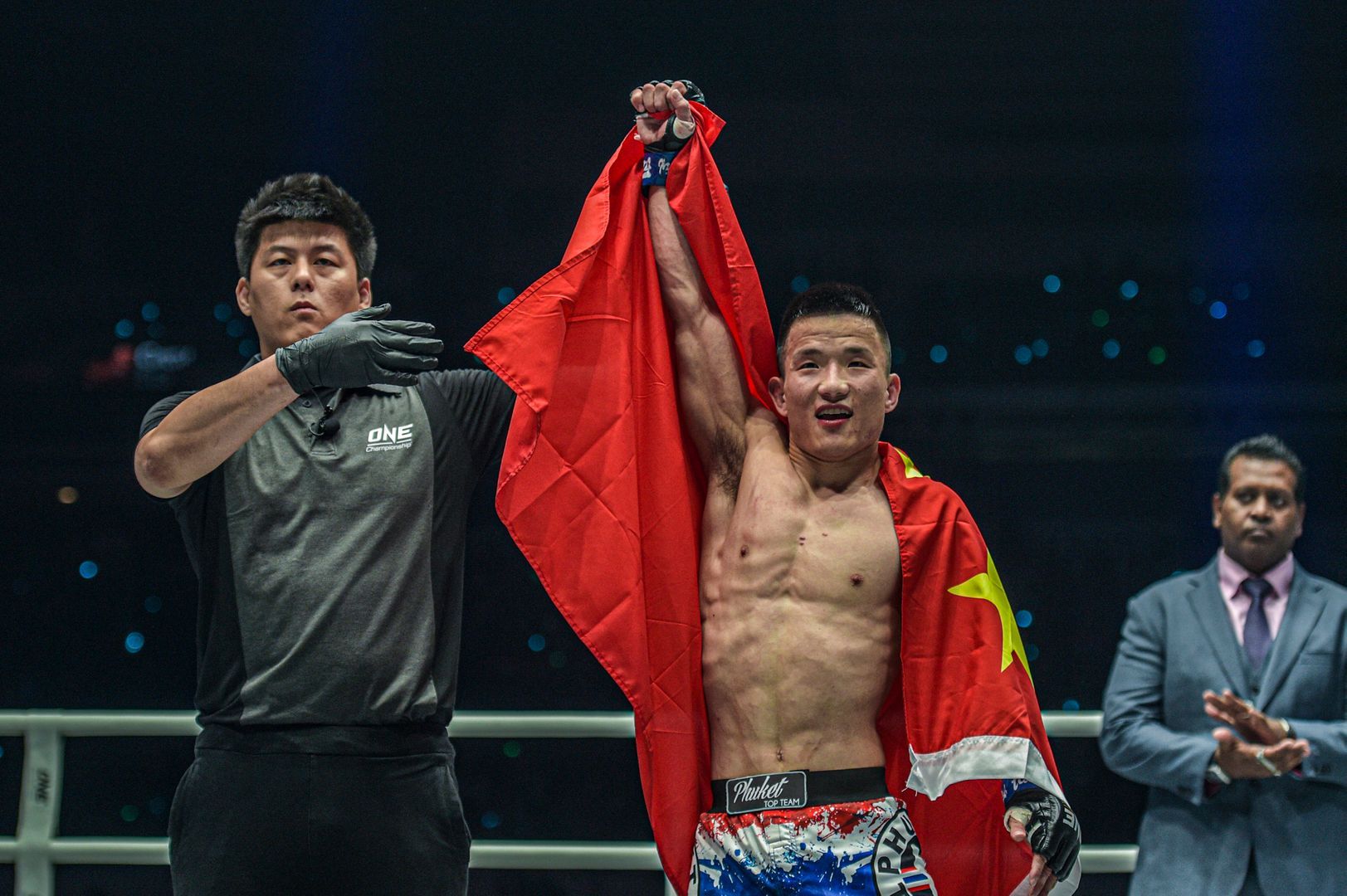