“The Warrior” Zhang Lipeng made the statement he was hoping for in his promotional debut by defeating former ONE Lightweight World Champion Eduard “Landslide” Folayang.

The Foshan native’s grappling was the difference as he edged past the Team Lakay veteran to claim a unanimous decision victory in their lightweight mixed martial arts main event at ONE: BATTLEGROUND II, which aired from the Singapore Indoor Stadium on Friday, 13 August.

In the process, Zhang continued his stellar run of form, as he entered ONE Championship with 21 wins in his past 24 fights. 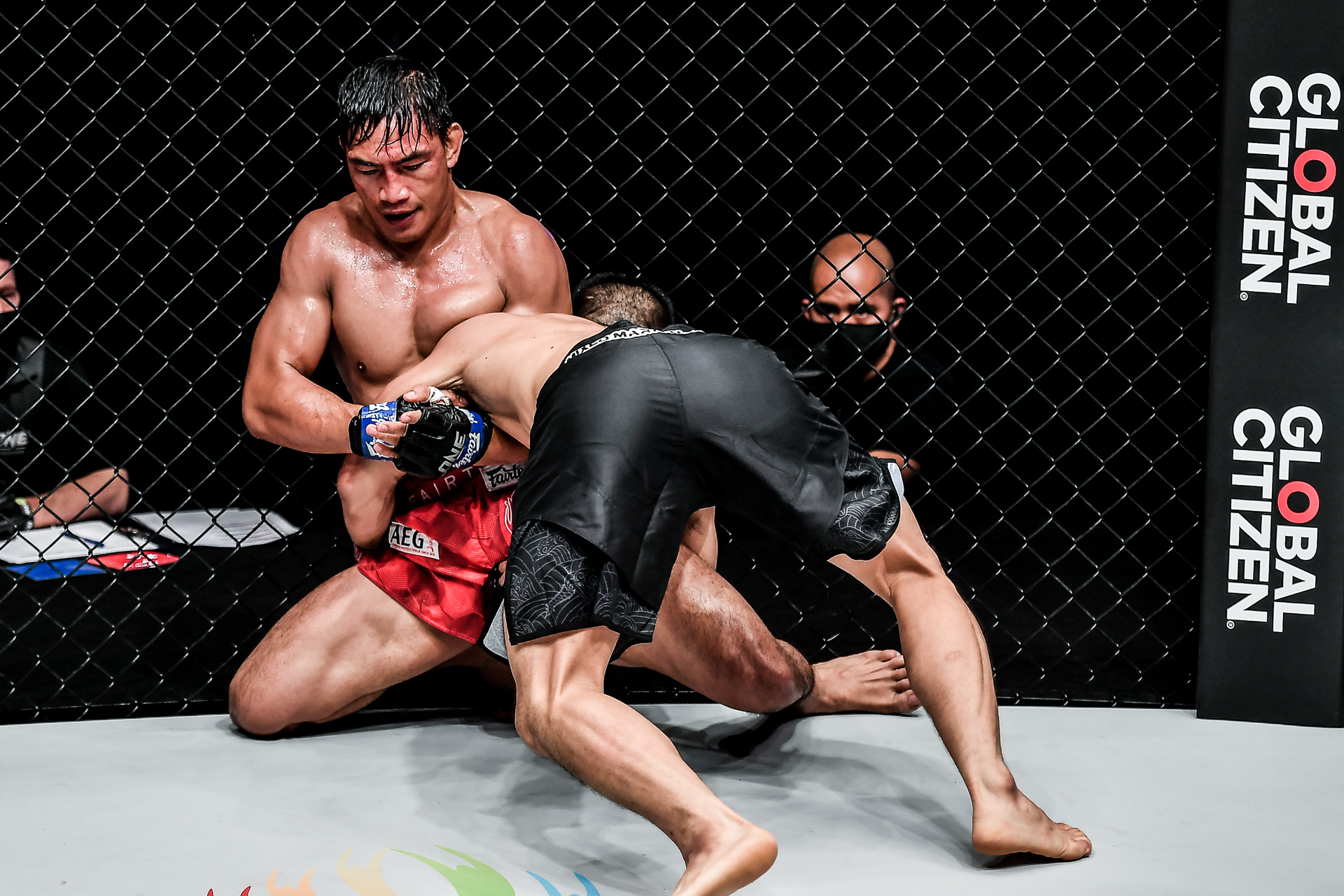 Folayang opened the first round with a series of thudding low kicks to the thigh, before stinging his foe with punches to the body and an overhand right. But “The Warrior” then closed the distance and put an immediate halt to the Filipino’s offense.

The surging Chinese star worked his way to Folayang’s back and bundled him to the canvas with a body lock. Now in his own world, Zhang controlled from the top, chipped away with punches, and capitalized on the Team Lakay man’s escape attempt to take the back, where he remained for the rest of the stanza. Wary of his opponent’s wrestling, Folayang seemed more tentative at the start of round two. He scored with a looping left that was followed by a hard right, but Zhang replied with a snapping front kick to the chin. The Filipino waited and tried to counter with flurries until “The Warrior” – timing his rival’s offense well – ducked underneath to get the takedown.

The GP Mixed Martial Arts representative pressured from top position and landed strikes, but this time, “Landslide” managed to push away and stand up. Zhang tried to close the distance again, but Folayang defended well, and the combatants exchanged cautious strikes until the bell sounded. 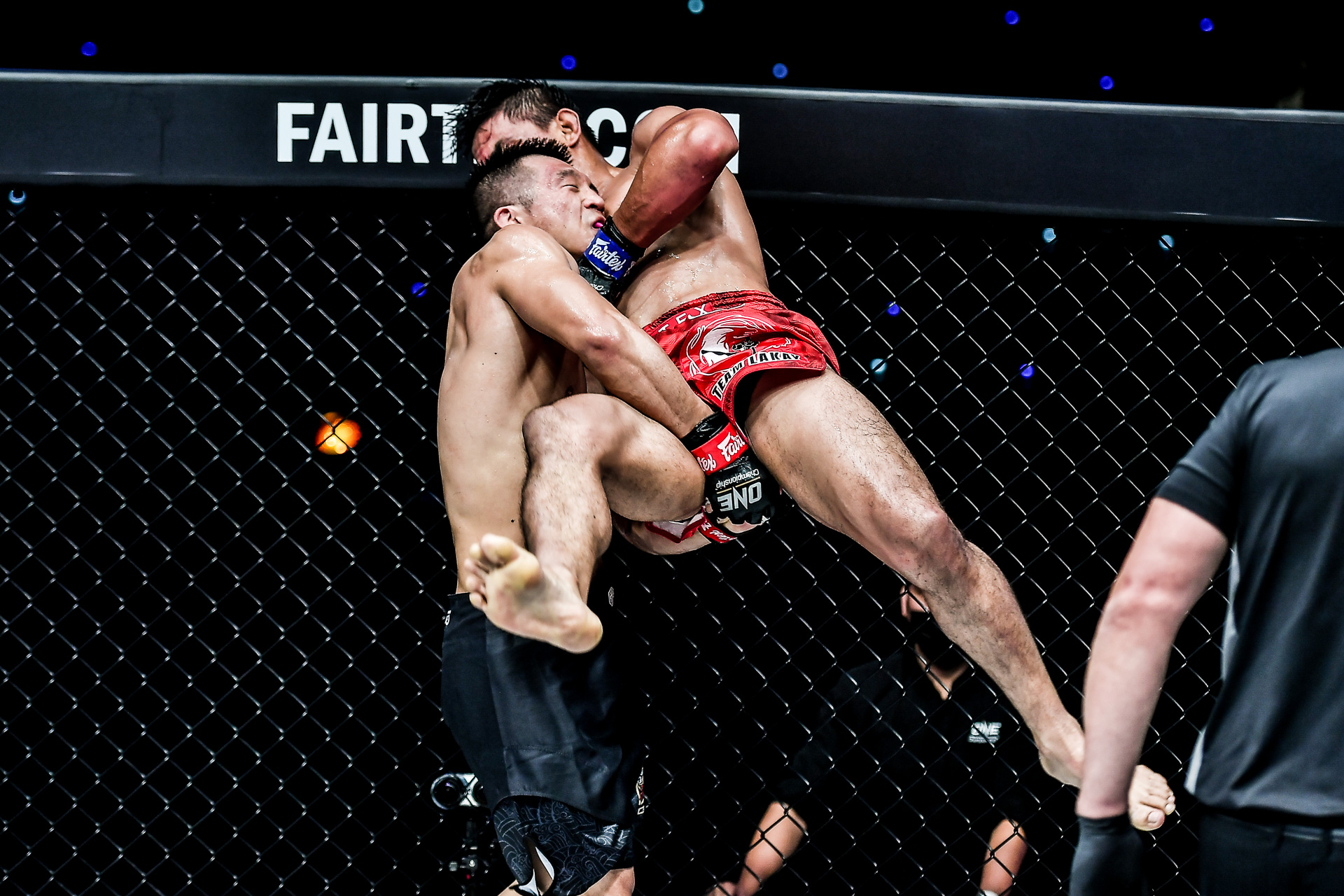 In the final frame, the Filipino icon was prepared for Zhang’s takedown attempts and sprawled hard every time “The Warrior” shot in. Neither man wanted to make a mistake on the feet with things hanging so finely in the balance, but Folayang found a home for his low kicks.

On the other side, Zhang scored with a hard uppercut and later countered with a sharp left when the Team Lakay veteran swung in his direction. But his biggest moment in the last stanza was a high-crotch takedown that landed “The Warrior” on top, where he stayed throwing punches until the bout ended. 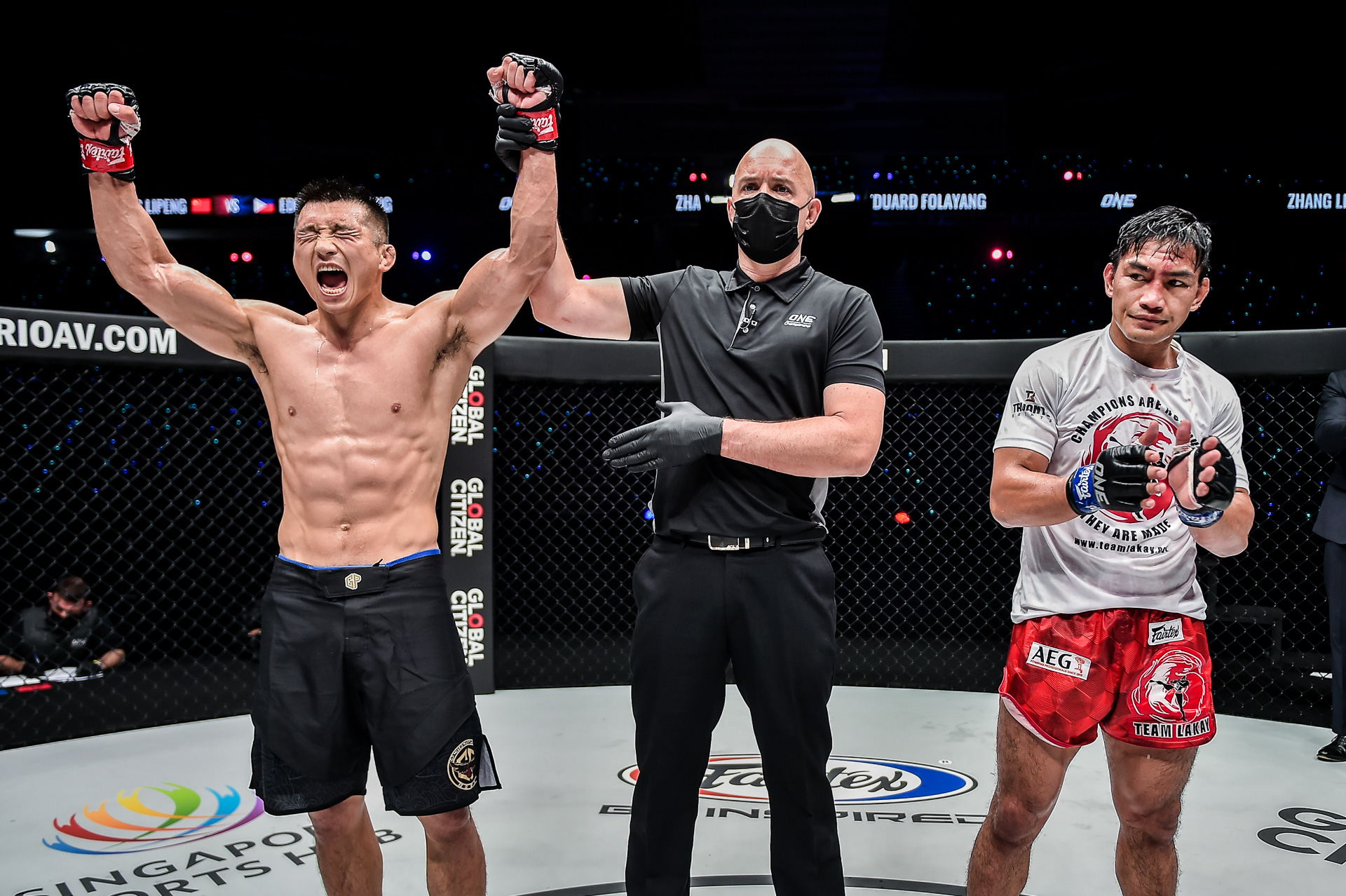 Though Folayang made more of an impact in the latter stages, Zhang’s body of work across the entire bout earned him the unanimous decision nod from the judges, pushed his overall record to 31-11-2, and emphatically announced his presence in the stacked lightweight division.