Ever since making his debut in ONE Championship last year, Garry “The Lion Killer” Tonon has been under the spotlight.

He transitioned from high-level grappling competitions to mixed martial arts and thus far, the switch has been flawless.

The 27-year-old New Yorker has registered three stoppage victories, and he is planning to claim his fourth on Sunday, 31 March.

Tonon will get his most difficult test yet when he collides with Dutch-Indonesian knockout artist Anthony “The Archangel” Engelen in a featherweight bout at ONE: A NEW ERA.

When “The Lion Killer” enters the cage at the Ryogoku Kokugikan in Tokyo, Japan, he knows the man standing across from him will pose the greatest threat to his perfect record.

Engelen has the ability to end the American’s night with a single punch or kick. While that is a frightening prospect to the five-time EBI Grappling Champion, he is also motivated by it.

“I want to challenge myself,” Tonon says.

“I want to progress, but not just get thrown to the wolves immediately. There should definitely be a step up with every fight that I take, and this is definitely a step up.”

Making his debut as a lightweight at ONE: IRON WILL in March 2018, Tonon surprised many by out-striking the Philippines’ Richard Corminal and defeating him via second-round TKO.

The American returned four months later for a clash with Rahul Raju at ONE: REIGN OF KINGS. This time, however, the Brazilian Jiu-Jitsu black belt leaned on his world-class grappling and locked up a rear-naked choke to submit “The Kerala Krusher” in the third round.

In November, he moved down to the featherweight division and looked to close his rookie year in style. He got the result he wanted, however, he was not entirely thrilled about it.

Despite getting a dominant finish against Sung Jong Lee at ONE: HEART OF THE LION, Tonon was still critical of his performance based on a few key mistakes. He points to those flaws because that is the only way to hold himself accountable to ensure it never happens again. 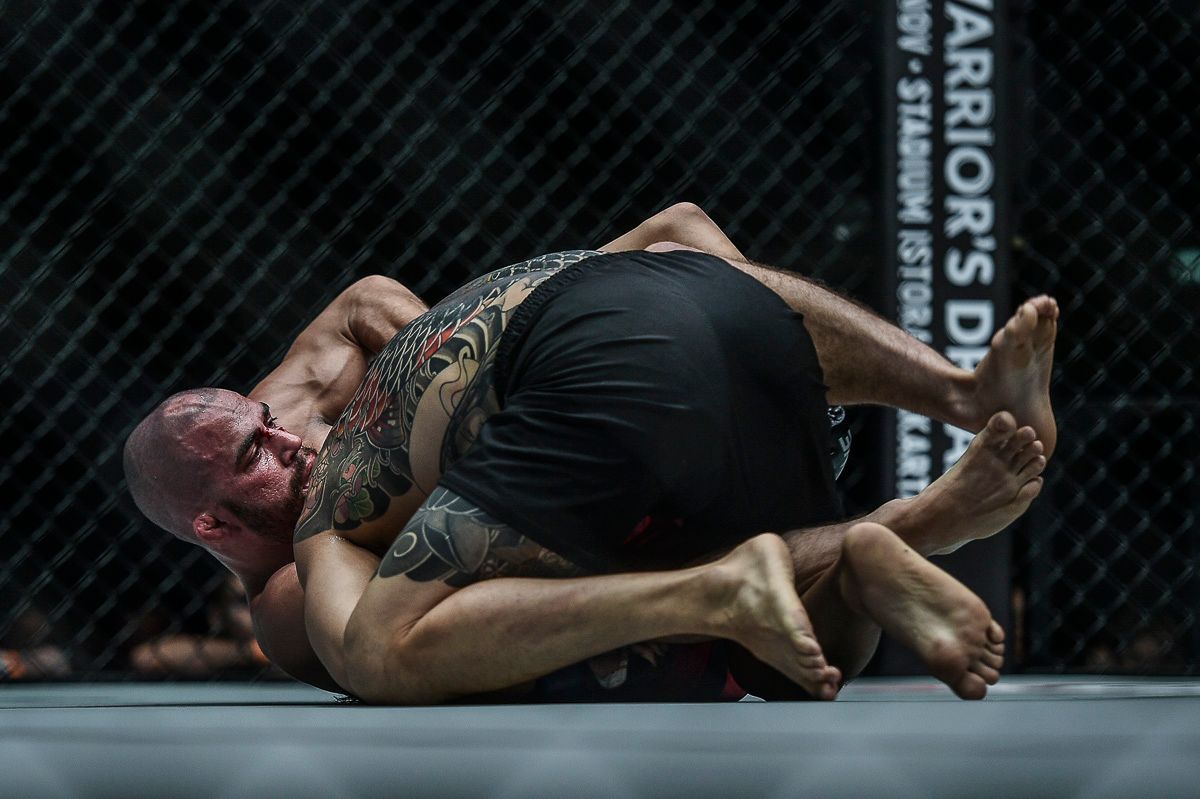 “I thought I did a lot of things better than both my previous fights,” Tonon explains.

“I utilized the jab way more than either fight. I utilized kicks for the first time effectively in that fight. My takedowns were pretty seamless.

“There were a lot of good things going on, but there were several times I threw a right hand that didn’t connect. Every time I threw it, I’d just put my hands up and never move my head.

“I’ve got to move my head. [My opponents] are going to return fire. I think that’s why I ended up getting cut because I was getting hit with combinations and not moving after those combinations. It’s very important to develop a habit of being offensive, but being defensive immediately after.” 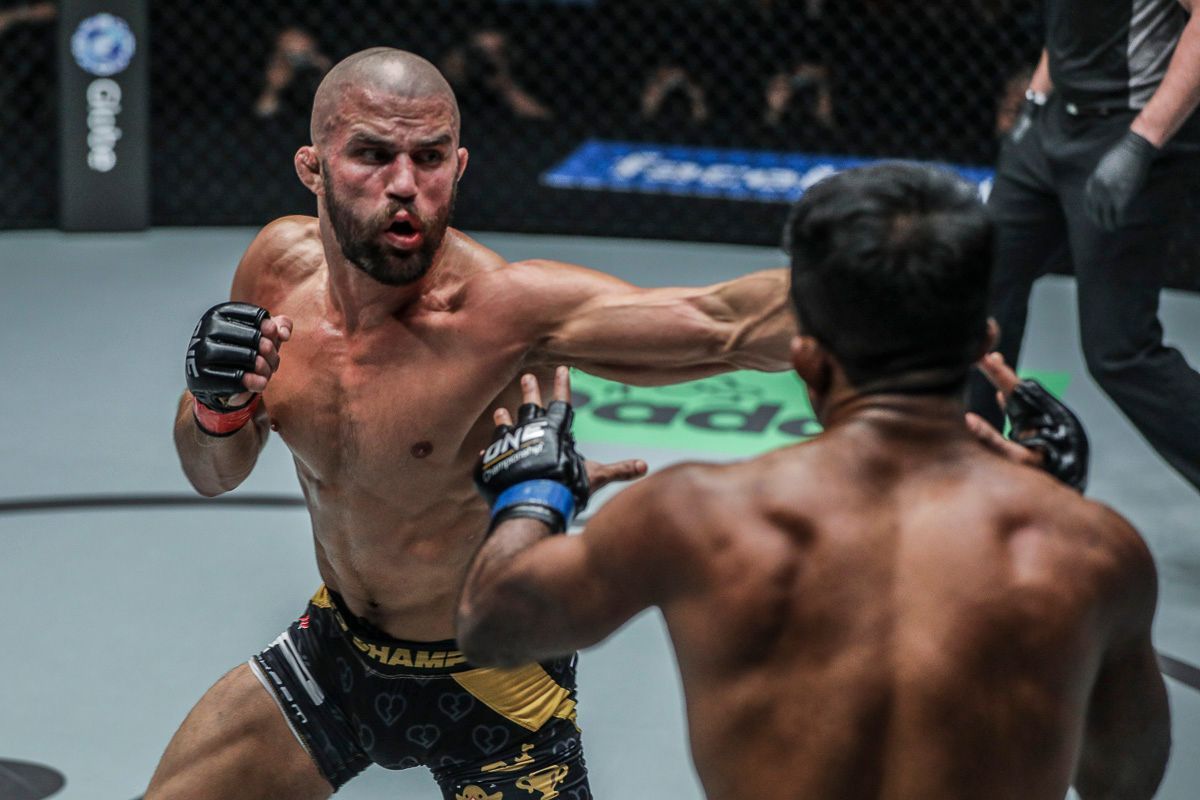 Those errors stood out to the American even more after he received word about his next challenge — a contest with “The Archangel” later this month.

Tonon remembers him well because he watched the Dutch-Indonesian compete earlier in the night at ONE: HEART OF THE LION.

“I saw the replay of his head kick. It was crazy. What a knockout,” Tonon says. “That’s been scaring me, to say the least — just knowing that’s what I’m up against.”

Engelen brings an 8-5 professional slate into the contest, with three of those victories coming via knockout and another four via submission. He is a well-rounded veteran who will test the New Yorker’s all-around game.

“He’s got a better record, more experience, more cage time, and much more power considering the KOs that he’s had,” Tonon continues. “As far as danger is concerned, he is the most dangerous guy I’ve fought so far.” 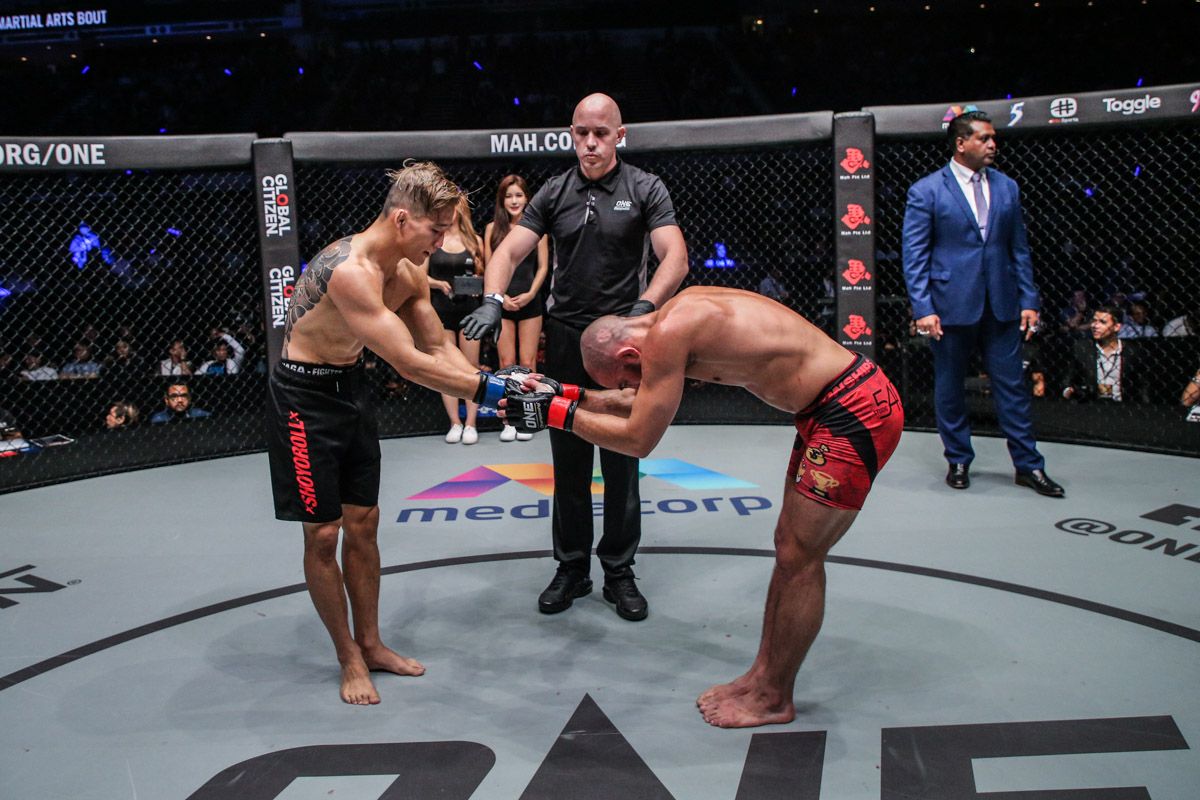 Tonon may view this as a dangerous match-up, but it is also shaping up to be a thrilling showdown and the stage where he gets to perform just adds to the excitement.

ONE: A NEW ERA will feature four World Title bouts, as well as the debuts of both Eddie Alvarez and Demetrious Johnson.

It is the biggest card in the promotion’s history, and “The Lion Killer” intends to take full advantage of his opportunity to compete on the mega show.