Anthony “The Archangel” Engelen’s comeback to ONE Championship was nothing short of spectacular.

The Dutch-Indonesian star had not appeared in the ONE cage since his knockout of Malaysia’s A.J. “Pyro” Lias Mansor at ONE: QUEST FOR POWER in January 2017, and when he returned in November, he made up for lost time.

The 33-year-old reminded the world what they had been missing in a remarkable eight-day spell that saw him score not one, but two first-round finishes.

Despite his absence of almost two years, he announced himself as a serious featherweight threat with little more than a week’s work.

Engelen started with a finish of Cambodia’s Meas Meul with a stunning head kick in just 39 seconds at ONE: HEART OF THE LION in Singapore.

Then, he stepped up at short notice to put on a show for his home fans in Jakarta, Indonesia with a first-round rear-naked choke finish of Filipino Jimmy “The Silencer” Yabo at ONE: WARRIORS DREAM.

Engelen’s two stoppage wins were notched on 9 November and on 17 November, as he returned to The Home Of Martial Arts in some style to serve notice on the rest of the athletes in his weight class.

Looking back on his absence from ONE, and his incredible double-header return, “The Archangel” says it was important that he returned to the cage as a different athlete to the one fans remembered from his first run in the organization.

“If I had not improved since January 2017 until now, there would be something wrong, for sure,” he says.

“I used my time to get even better.

“I’ve made big changes in my stand-up game, and I feel like I have matured as an overall fighter — not just in my fighting game, but also mentally.”

Engelen’s knockout win on his comeback was everything he could ever have dreamed of. But even the most fanciful of scriptwriters would have raised their eyebrows at what happened next, when he stepped straight back into action in the very next event to register another quickfire finish.

“After I was back in Jakarta, I got another call,” he explains. 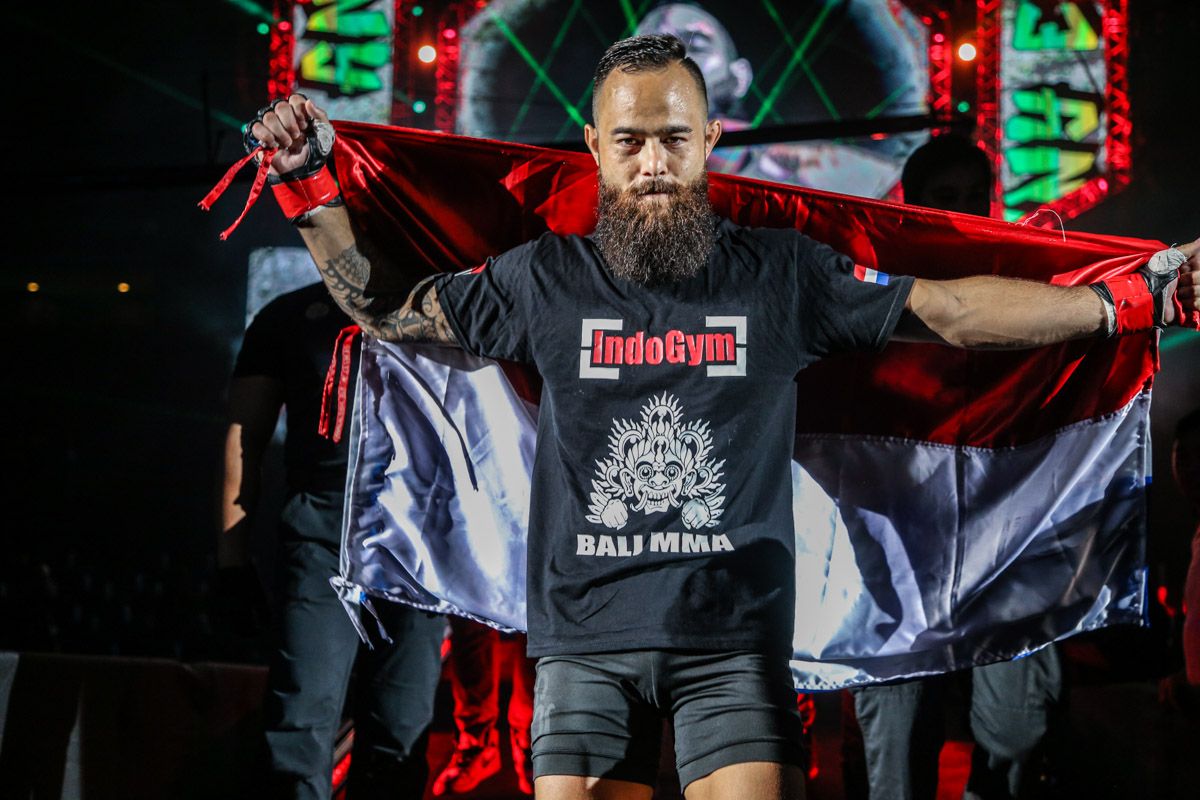 After hitting one of the knockouts of the year, most athletes would have been concerned with tainting their performance by fighting so soon afterward, but Engelen jumped at the chance.

He felt he had more to show people on his return, and there was no place he would rather do it.

“The reason I said yes is because I had mixed feelings after that KO [of Meas Meul],” he says.

“Of course, it felt great coming out of the fight untouched, but I felt like I wasn’t able to show any of my skills.

“I felt like I still had unfinished business, and where else better to show my skills than in my hometown of Jakarta?”

With his two spectacular wins – one by knockout and one by submission – Engelen made a statement on his return to ONE action. Now, the Dutch-Indonesian star is looking to build a legacy, both inside and outside the cage. In short, he is here to stay. 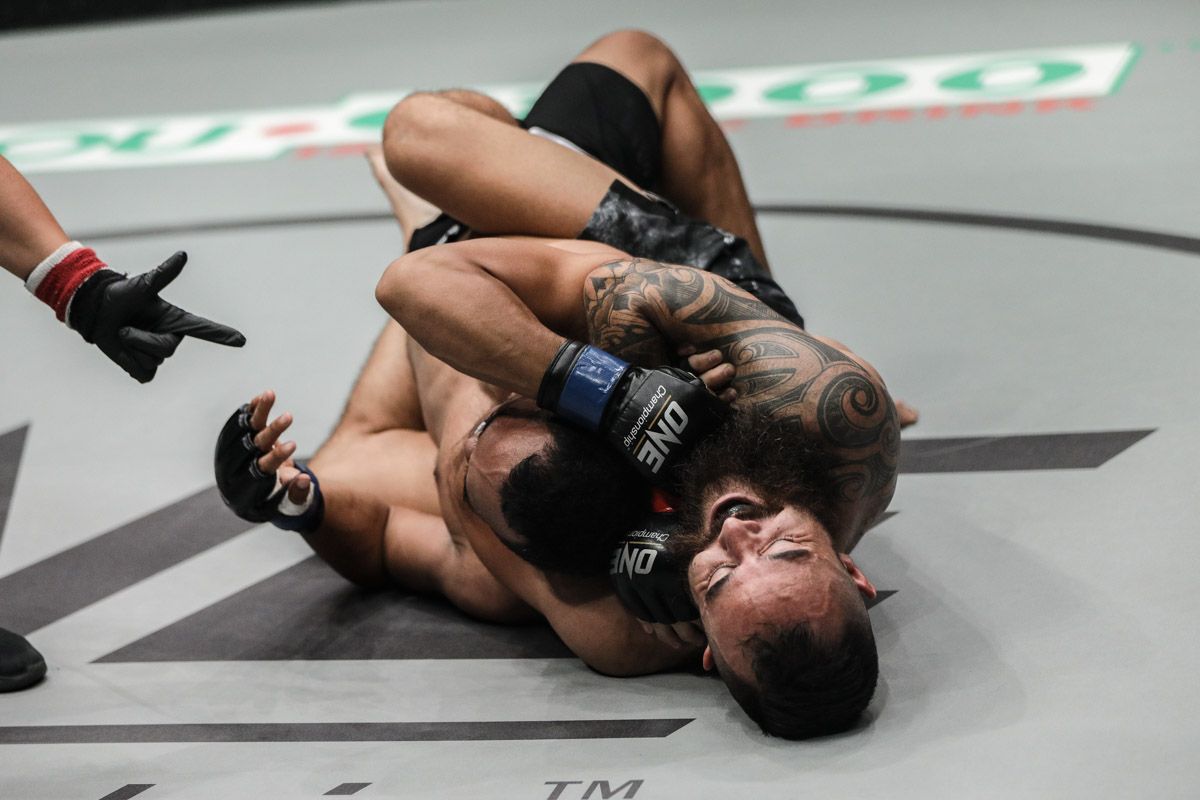 “It feels good to be back with ONE,” he said.

“Aside from the obvious answer of being the ONE Featherweight World Champion, my ultimate goal is being able to secure an even better future for my family.

“Personally, I feel blessed and extremely proud that I am able to do what I love and share it with my home crowd.

“Living in another country has its good days and bad days, but when I fight in Jakarta, and the crowd cheers for me or shouts out my name, I feel like they open their arms to welcome me home. [It’s the] feeling of, ‘Yes, I belong here.'”

Regardless of whether he has been in Jakarta or anywhere else across Asia, Engelen’s performances since his return have proved he belongs among the elite. 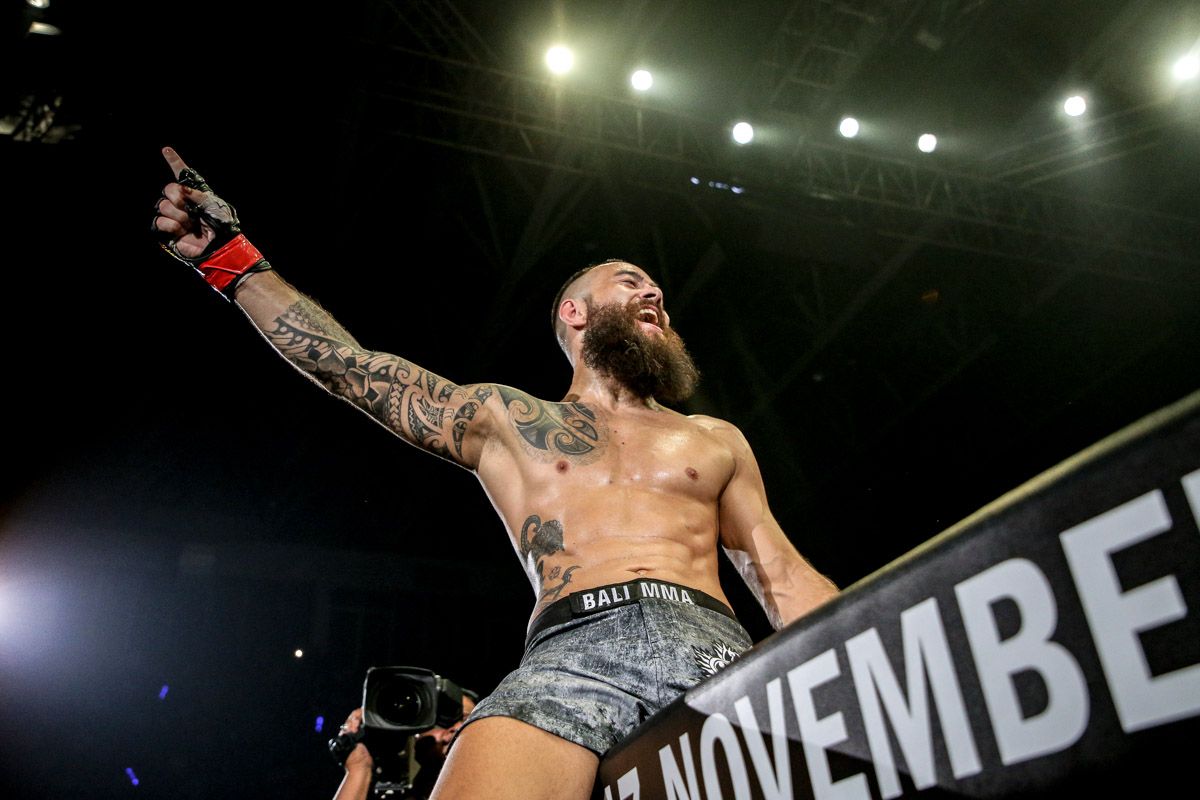 With a packed ONE Championship schedule for 2019 just around the corner, “The Archangel” is excited to build on his spectacular return.

“I guess you can definitely say I’m back with a bang,” he says.