Last Friday, 9 March, the heroes of ONE Championship excited the masses at the Axiata Arena in Kuala Lumpur, Malaysia, with their sensational martial arts talent and skills.

ONE: VISIONS OF VICTORY was a thrilling event filled with fine finishes and memorable moments. The next challenger for the ONE Flyweight World Title was confirmed, and several other heroes returned to prominence in their respective divisions.

Now, we look ahead as to what could be next for the biggest winners at ONE: VISIONS OF VICTORY.

Reece “Lightning” McLaren has reaffirmed his top contender status in the flyweight division.

The 26-year-old Filipino-Australian made a statement in his flyweight debut last November, when he submitted Anatpong Bunrad via D’Arce choke in the first round of their divisional clash, and he followed that up last Friday by tapping out Malaysia’s own Gianni Subba via arm-triangle choke in the second round of their main event tilt.

McLaren has officially secured his shot at the ONE Flyweight World Championship, but who will it be against?

There is reigning ONE Flyweight World Champion Adriano “Mikinho” Moraes, who was originally scheduled to face “Lightning” in Malaysia before he was forced to withdraw due to injury. That match could still happen.

On the other hand, there is ONE Interim Flyweight World Champion Geje “Gravity” Eustaquio, who could also get the call. Either way, McLaren would be honored, and prepared. 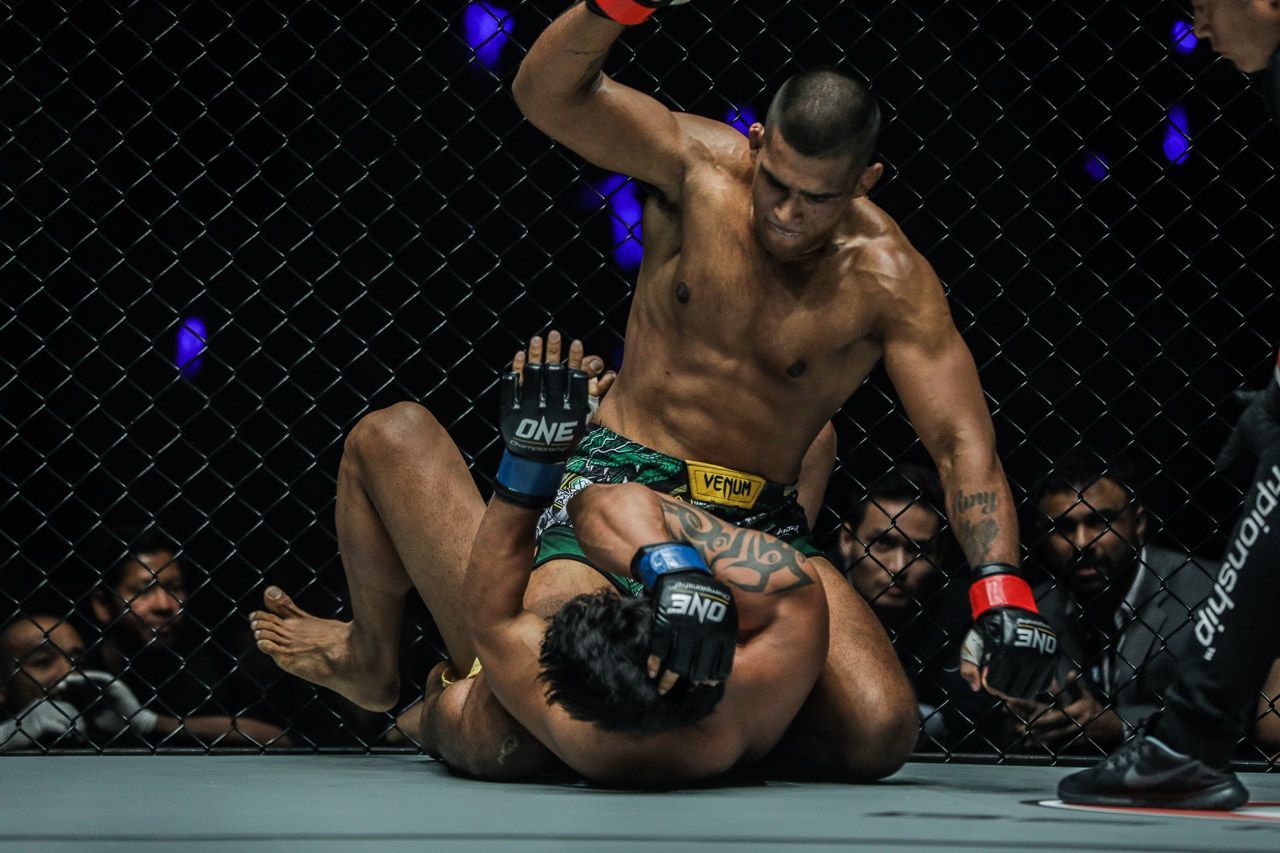 Malaysian hometown hero Agilan “Alligator” Thani is back in the swing of things.

Ever since falling to ONE Welterweight World Champion Ben Askren in May 2017, the Kuala Lumpur native has won two straight in dominant fashion, and has reminded fans just how incredibly skillful he truly is.

Thani thoroughly routed Egypt’s Sherif Mohamed en route to a unanimous decision last August, and then, this past Friday, he flawlessly submitted SFL Welterweight Champion Amitesh Chaubey via Americana in the second round.

The Malaysian hero has confirmed his status as one of the welterweight division’s premier talents, and with Askren retired, the weight class is looking for a new king.

However, “Alligator” is not alone at the top. He is joined by two other tough competitors in Luis “Sapo” Santos, who himself won a hard-earned decision over Kiamrian Abbasov earlier in the night, and Zebaztian “The Bandit” Kadestam. A bout with either of them would be undoubtedly entertaining.

Christian “The Warrior” Lee is undoubtedly the next big thing in ONE Championship.

With the lone exception of current two-division ONE World Champion Martin “The Situ-Asian” Nguyen, the 19-year-old Singaporean has ripped through the featherweight division with his explosive striking and dynamic grappling prowess.

Last Friday, Lee displayed both of those qualities yet again. In fact, he set a new ONE Championship record for most stoppage victories at nine after finishing Kazunori Yokota with a submission hold he calls the “Terminator Guillotine.”

There is no doubt that Lee is in the upper echelon of the weight class. He made clear his intentions of challenging for the ONE Featherweight World Championship, currently held by his one and only conqueror, Nguyen. However, that challenge may have to wait.

Nonetheless, there are still several intriguing match-ups for “The Warrior.” For instance, he could end up meeting former world title challengers such as Narantungalag Jadambaa or Marat Gafurov, or be paired opposite Emilio “The Honey Badger” Urrutia, who defeated his future brother-in-law — Bruno Pucci — in January. 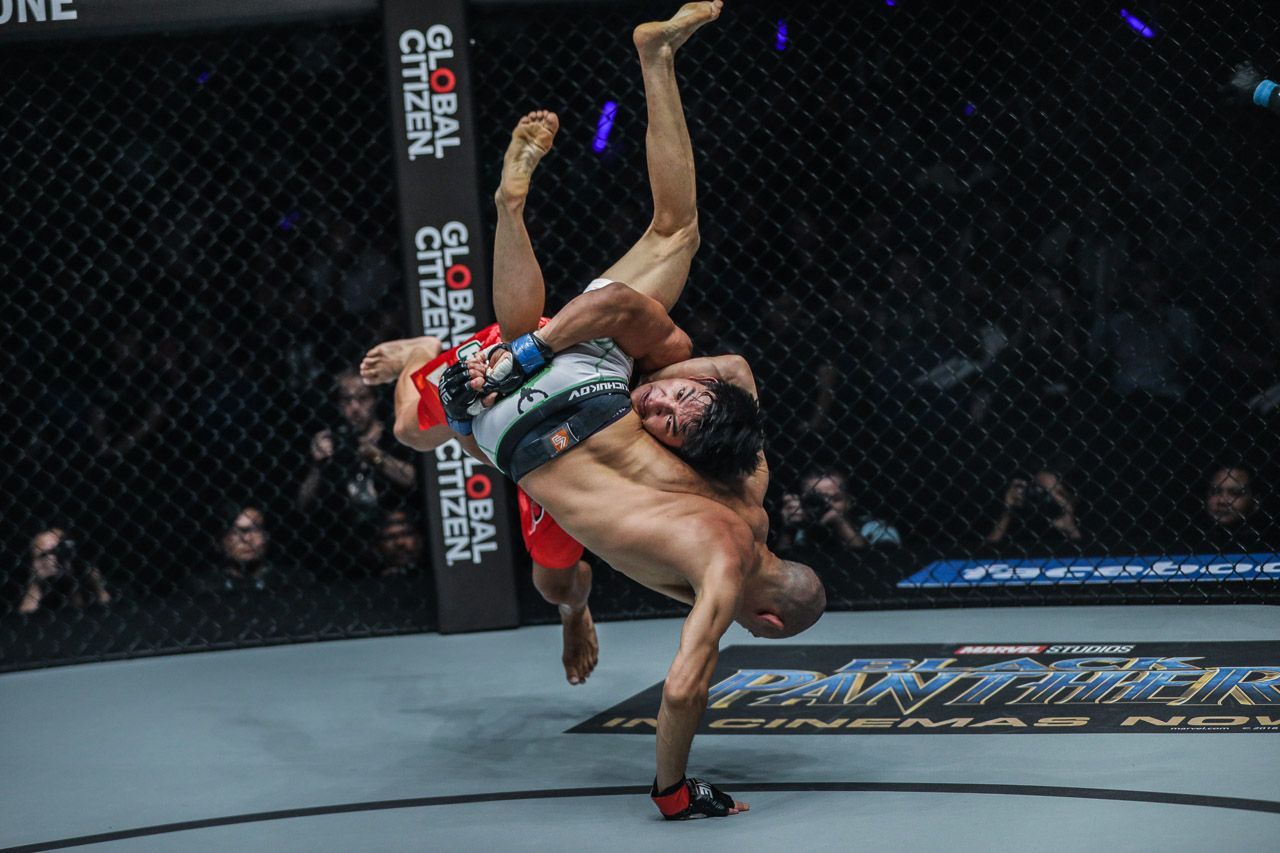 It appears as if Danny Kingad has regained his confidence.

Following his failed title challenge against Moraes last November, “The King” bounced back with an excellent showing last Friday, as he earned a unanimous decision victory in a highly entertaining flyweight contest against tough Bulgarian Sotir “The Trouble” Kickhukov.

At only 22, Kingad has many different directions he could go next. Three opponents, in particular, would make for intriguing match-ups. Those three are the aforementioned Gianni Subba, “The Southern Eagle” Ma Hao Bin, and Anatpong “Mak Mak” Bunrad.

Subba, who was originally scheduled to face “The King,” would be a great test, and both have similar skill sets. Ma is a little more unpredictable, but his world-class wrestling pedigree would present a styles clash, and Bunrad is a capable foe no matter where the bout goes. 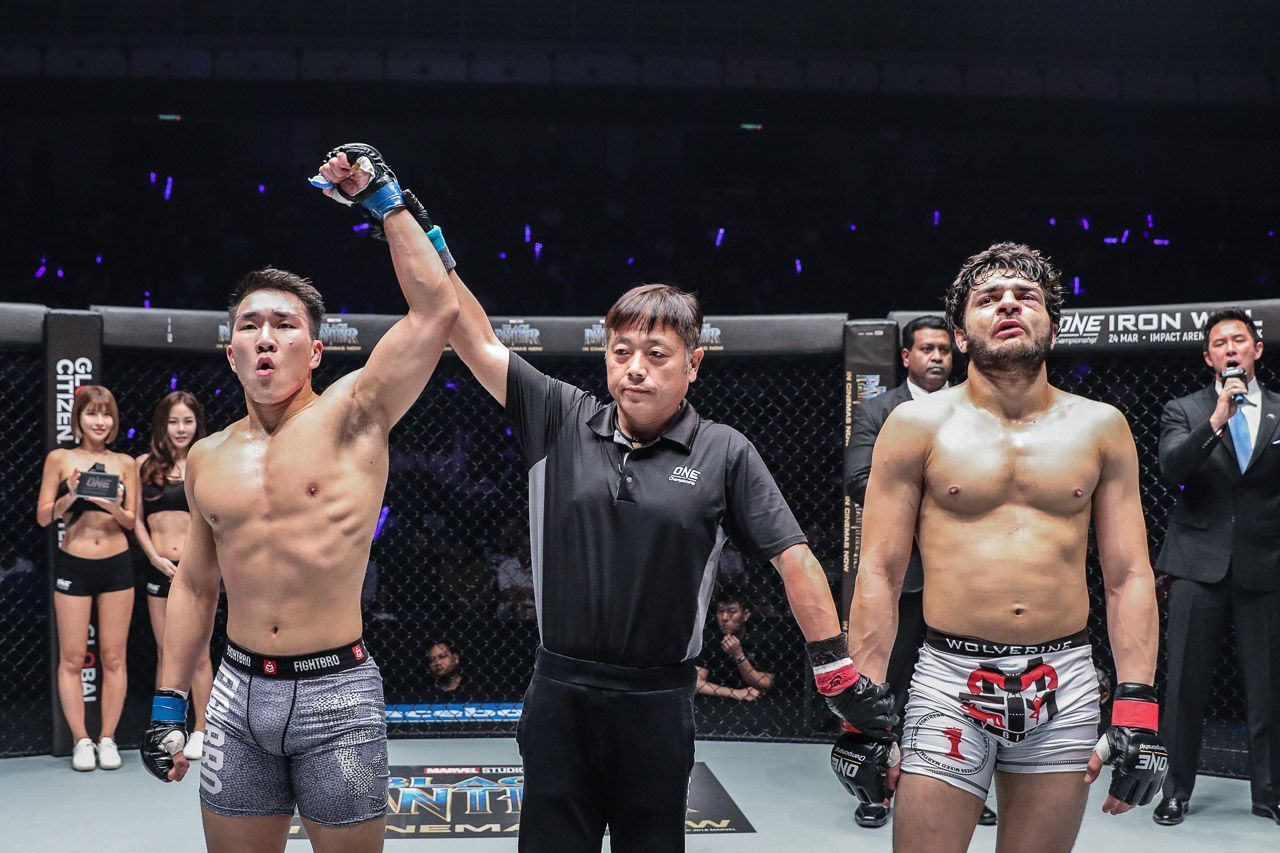 China’s Ma Jia Wen proved once again why they call him “Cannon” with a showcase of immense power and aggressiveness against Ahmed “Wolverine” Mujtaba.

Mujtaba came into the featherweight contest looking to grapple, but it was ill-advised. The 21-year-old Chinese freestyle wrestling silver medalist put his fluid grappling skills on display, submitting Mujtaba with a rear-naked choke in the second round.

“Cannon” is steadily becoming a more complete martial artist as time passes, and should see a raise in the level of competition in his next contest. Two interesting possibilities are BJJ No-Gi World Champion Bruno Pucci, and Rafael “Indio” Nunes.

Although Pucci has had some difficulty with big punchers as of late, he remains as dangerous as ever with his world-class grappling pedigree. And as for Nunes, he possesses a versatile skill set, which is solid enough to pose a threat in any area of the game.