ONE Championship is ready to end the ‘A NEW BREED’ event series with a bang.

This Friday, 18 September, the world’s largest martial arts organization will air ONE: A NEW BREED III, which was previously recorded in Bangkok, Thailand.

The explosive card features six martial arts World Champions, some of the world’s greatest strikers, and ten athletes with more than 1,000 combined victories in professional competitions.

Despite their impressive accomplishments, even greater success could be in store for those who emerge victorious on Friday night. Here is what the stars are fighting for in the Thai capital. 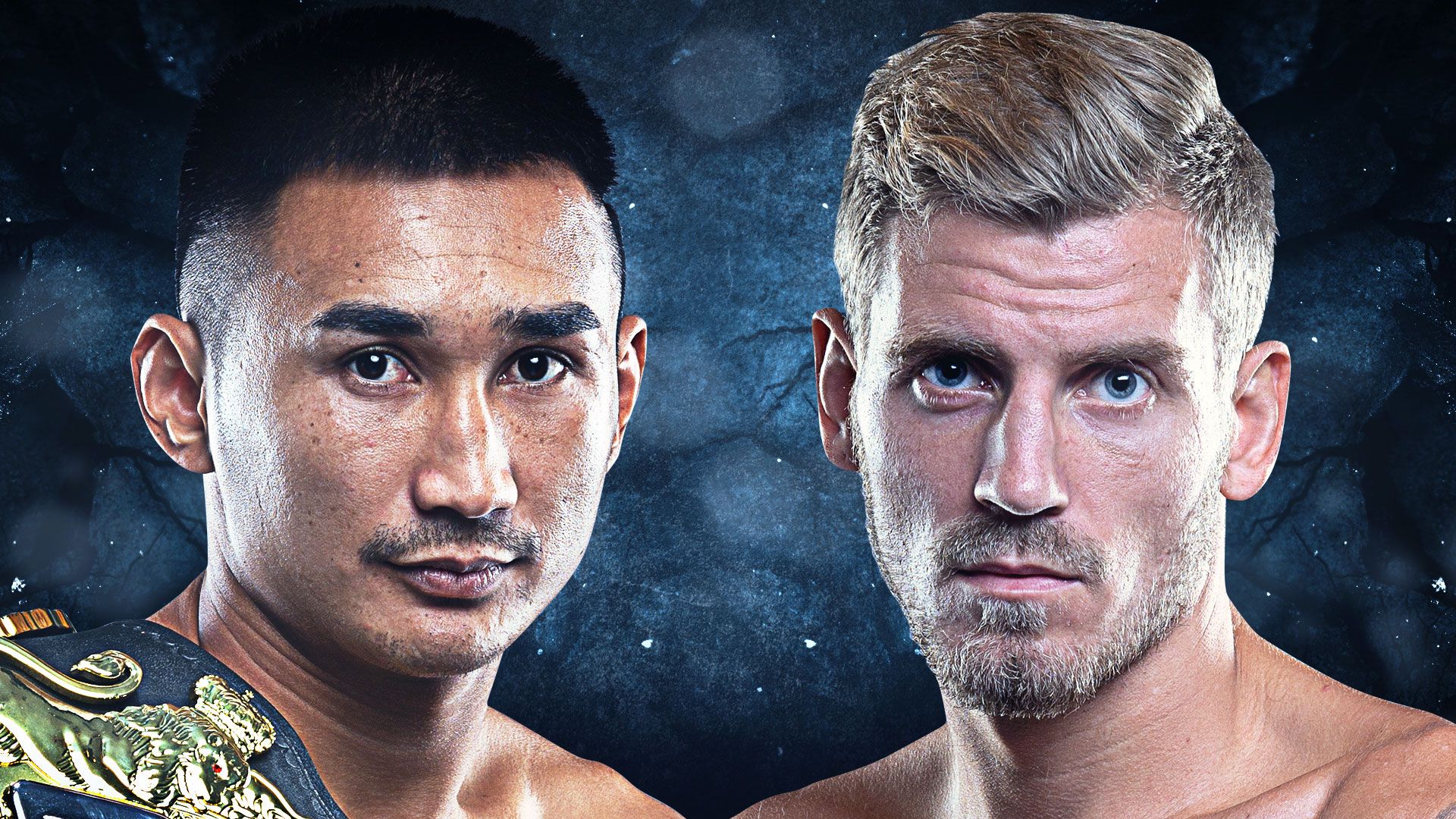 ONE Featherweight Muay Thai World Champion Petchmorakot Petchyindee Academy is building a legacy and looking to cement his status as the most dominant featherweight in his sport.

The 26-year-old Ubon Ratchathani native laid the groundwork by defeating Pongsiri PK.Saenchai Muaythaigym via unanimous decision to win the inaugural title and then successfully defending the strap against Thai legend and #5-ranked contender “The Boxing Computer” Yodsanklai IWE Fairtex in July.

Some critics believe Petchmorakot lost his bout against Yodsanklai, but the Petchyindee Academy representative can silence them with a decisive performance on Friday night.

However, there is reason to believe the Thai will be facing his most dangerous opponent yet.

Lion Fight World Champion Magnus “Crazy Viking” Andersson may not have the competition experience of the division’s reigning king, but he owns the boxing and knockout power to threaten his rival. Additionally, he owns a 4-centimeter height advantage, which makes him Petchmorakot’s tallest opponent to date in ONE.

The Swede is motivated to finish his Thai foe and said that taking the gold from Petchmorakot “would mean the whole world.”

Meanwhile, the Petchyindee Academy man has expressed his desire to become a Muay Thai icon – and with the belt already around his waist and a 161-35-2 (1 NC) record, he could take another step toward that dream with a victory over Andersson. 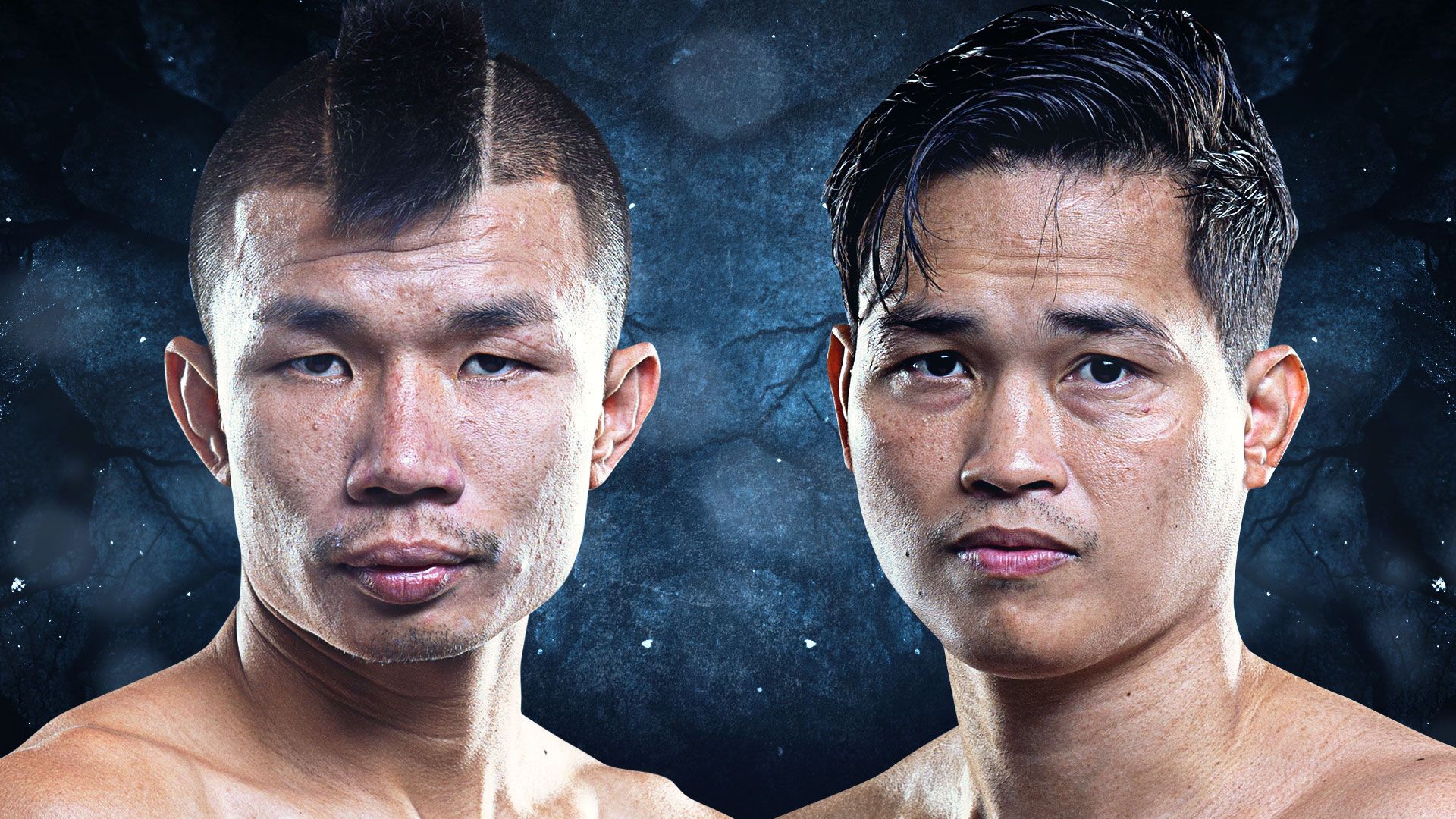 One of the most intriguing matchups in the entire ‘A NEW BREED’ event series will feature a pair of World Champions who are also two of the most talented bantamweight strikers to ever strap on the gloves.

Petchtanong Petchfergus is a six-time Muay Thai and Kickboxing World Champion who owns a mind-blowing 356-55-1 professional record and is widely regarded as one of the leading bantamweight kickboxers on the planet.

On Friday, he’ll make his ONE debut against another decorated promotional newcomer who has plenty of momentum behind him.

Three-time Muay Thai World Champion Capitan Petchyindee Academy owns a dazzling 140-40 slate of his own and is riding an impressive nine-bout winning streak into this contest.

Both men will undoubtedly want to make a strong impression in their first promotional appearance, and the winner could find himself entering ONE Championship’s Athlete Rankings in the bantamweight kickboxing division. Both Thai atomweight mixed martial artists in this matchup have experienced some recent tough luck.

Each woman has her back against the wall, and both are seeking redemption for themselves and some traction towards a spot in ONE’s Athlete Rankings.

For the veteran Ishige, this could be one of her last chances to kick-start a run at the ONE Women’s Atomweight World Championship. Meanwhile, the teenage Srisen wants to make up for her debut by showing the world what she’s capable of. 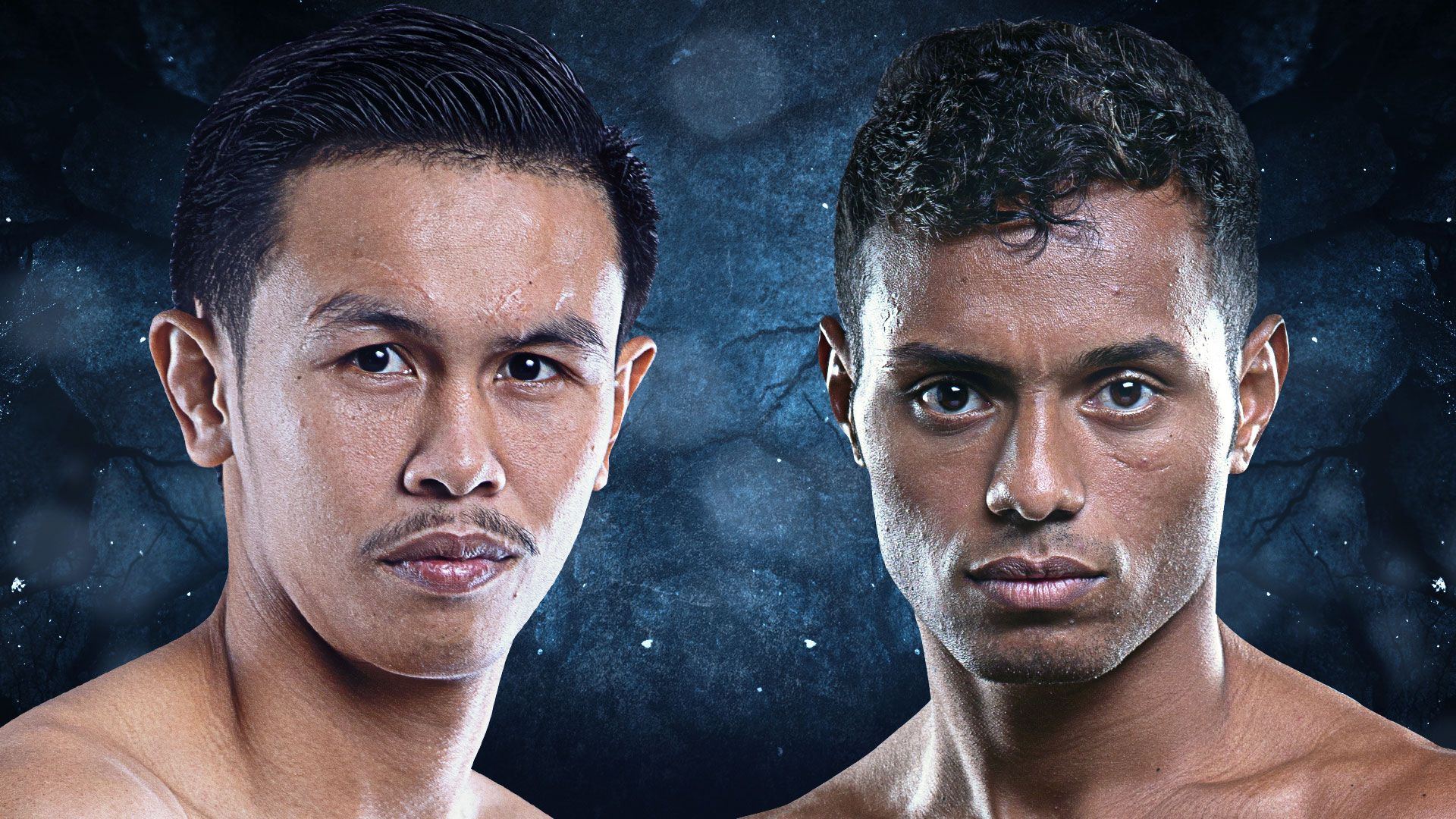 Six-time Muay Thai World Champion “The Lightning Knee” Yodpanomrung Jitmuangnon has enjoyed mixed success in The Home Of Martial Arts, but following his highlight-reel knockout of Tyler Hardcastle in May 2019, perhaps he has turned the tide.

Yodpanomrung, who holds a 232-69-2 professional record, seems to be more comfortable with the 4-ounce mixed martial arts gloves that have helped make ONE Super Series Muay Thai such a smash hit.

Now, the Thai will try to become the next Jitmuangnon Gym member to emerge on the global stage and break into ONE’s bantamweight Muay Thai rankings, which he could do with a great showing on Friday.

Standing in his way is Brazilian striker Felipe “Demolition Man” Lobo, who could be following the lead of his compatriot, ONE Atomweight Muay Thai World Champion Allycia Hellen Rodrigues.

Lobo owns a 19-4 professional record, but the Revolution Muay Thai Phuket standout is hoping to make an instant impact in his debut for both his country and his gym. He can accomplish those goals by stunning the Muay Thai living legend. 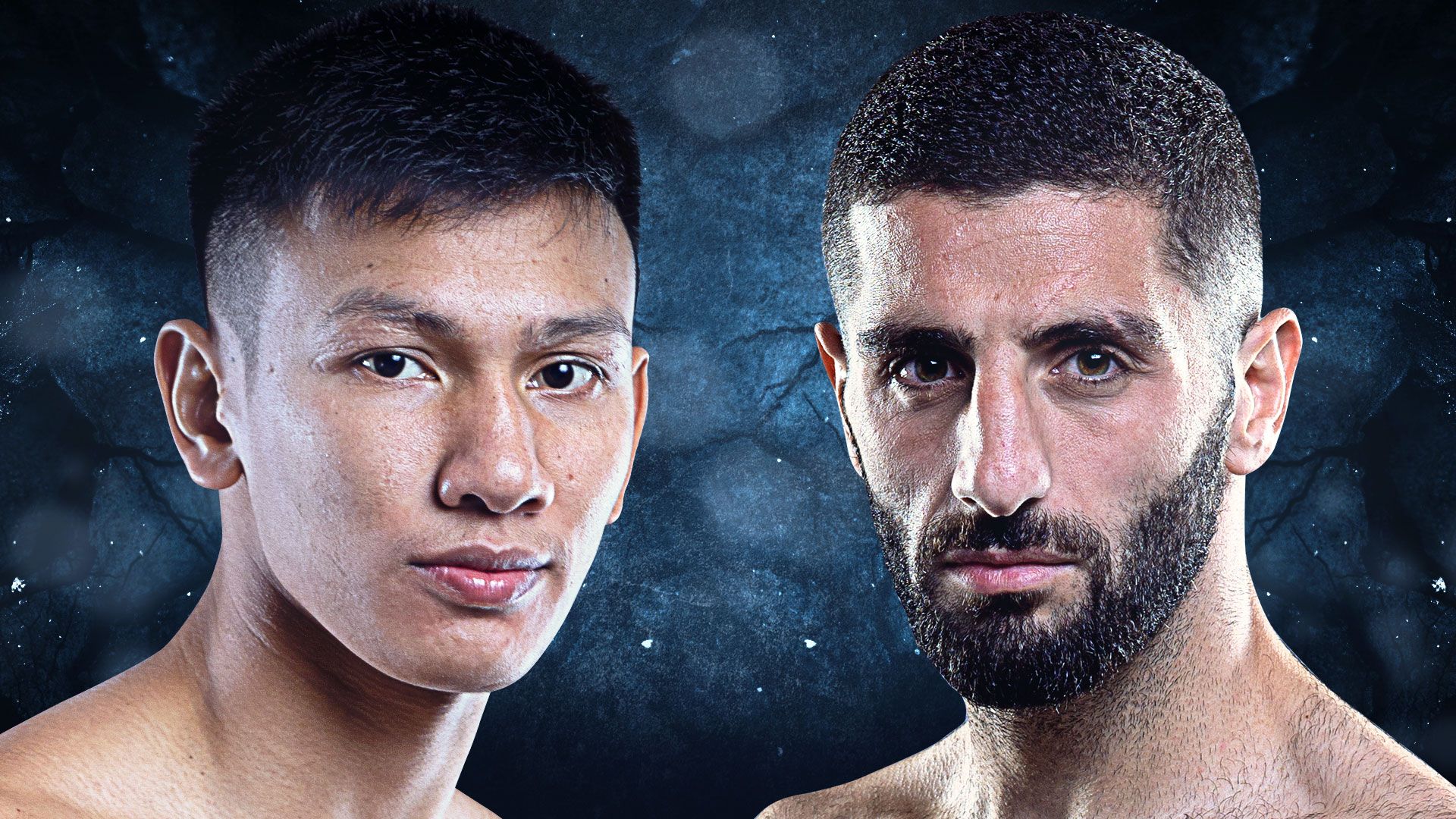 Opening the show will be a match that is reflective of the main event, as Petchmorakot’s teammate Bangpleenoi Petchyindee Academy meets Andersson’s teammate Yurik “Mee Khao Jomhot” Davtyan in a ONE Super Series Muay Thai featherweight clash.

Bangpleenoi enters this contest as the seasoned veteran. The two-division WMC Muay Thai World Champion holds a spectacular professional record of 122-50-10, and he is a perfect 2-0 so far in his promotional tenure.

The Thai would love to get the hat trick in ONE Super Series, and to do that, he needs to defeat a powerful newcomer to the global stage.

Davtyan is a three-time European Muay Thai Champion who has tremendous power in his fists. He may not boast the same jaw-dropping slate as his rival, but he can easily end anyone’s night with a single strike – and Bangpleenoi knows this.

Whoever wins this bout will certainly set the tone for their teammate in the main event.

Read more: 5 Reasons Why You Can’t Miss ONE: A NEW BREED III