ONE Featherweight Muay Thai World Champion Petchmorakot Petchyindee Academy is gearing up for his second World Title defense, and he couldn’t be any more excited.

The 26-year-old, who’s been flawless in competition this year, will put his coveted belt on the line against Lion Fight World Champion Magnus “Crazy Viking” Andersson in the main event of ONE: A NEW BREED III this Friday, 18 September. The show was previously recorded in Bangkok, Thailand.

“I’m happy because I get to defend my title,” Petchmorakot says. “My body condition is good and I feel ready. I am ready to fight.”

While the Petchyindee Academy representative feels fresh, this is a pretty quick turnaround.

After defeating Pongsiri PK.Saenchai Muaythaigym via unanimous decision to claim the inaugural ONE Featherweight Muay Thai World Title this February, the Ubon Ratchathani native defended his gold against the division’s #5-ranked contender, “The Boxing Computer” Yodsanklai IWE Fairtex, in July.

That co-main event showdown at ONE: NO SURRENDER – which came after ONE Championship’s lengthy pause due to the global COVID-19 pandemic – entertained from beginning to end.

“I feel really happy that I won,” Petchmorakot says. “He is like an idol. He is amazing. He is a great southpaw boxer. He is legendary, so I am very proud.

“At first, I waited for him to make his move. I waited because, in the beginning, his punches were heavy and quite scary. But when I was able to anticipate his moves, I was able to counter him with punches and kicks just like how I trained. I played the waiting game. 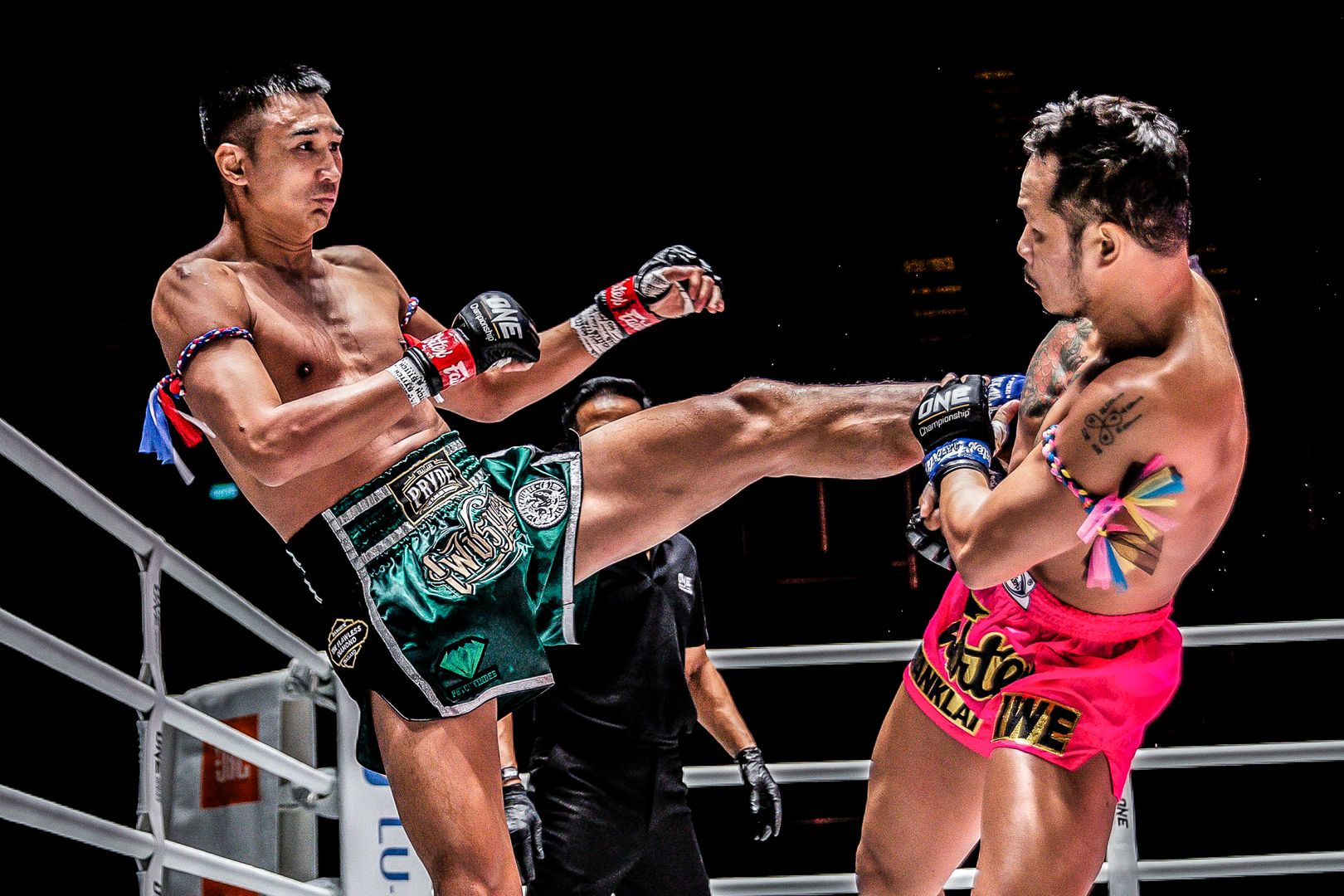 Just weeks removed from that bout, Petchmorakot will make his second ONE World Title defense against a dangerous promotional newcomer.

Andersson has won a slew of belts, including a Swedish national title and the MX Muay Xtreme Title. Then in August 2019, he knocked out his old rival, Petchsanguan Sor. Thanasit, with a knee to the body to claim the Lion Fight Super-Welterweight World Championship.

The man known as “Crazy Viking” will bring tremendous knockout power, boxing acumen, and a 4-centimeter height advantage into the ring. All of those traits have captured the Petchyindee Academy standout’s attention.

“His punches are scary, and because he is a big fighter, it might be hard to attack him,” the Thai southpaw admits.

While understanding the danger he’s facing, Petchmorakot also knows what he must do to claim victory.

“I will use my feints to intimidate him, and I have my punches and my elbows,” he says.

“I have to be aggressive with my footwork. I cannot back off because he will get confident, so [I need to aggressively move] with punches and elbows.”

This is a pivotal moment for Petchmorakot.

He previously expressed a desire to become an icon in “the art of eight limbs,” and with two massive victories already in 2020, he’s built a strong foundation to support achieving that goal.

If he can defeat a fellow Muay Thai World Champion – at home in Thailand – on Friday night, he’ll take another big step toward making his dream a reality.

“Defending this ONE World Title is very, very important to me because I want the belt to stay in Thailand for a long time,” Petchmorakot says. “I want to keep this title for as long as I can.”