ONE Championship will make its first foray into Vietnam for ONE: IMMORTAL TRIUMPH on Friday, 6 September, and the world’s largest martial arts organization is set to dazzle fans in Ho Chi Minh City with a stellar card of action.

Ahead of a glittering night of ONE Super Series contests, get a taste of the kind of action you can expect to see with a look back at some of the best performances from the heroes set to compete on the card.

Nong-O Gaiyanghadao cemented his greatness in February at ONE: CLASH OF LEGENDS when he won the inaugural ONE Bantamweight Muay Thai World Title.

Cheers from the partisan Thai crowd filled Bangkok’s Impact Arena every time Nong-O connected with a powerful strike, and they increased to a deafening roar when he dropped Han with a short right elbow in the final 30 seconds of the first round.

He did not have things all his own way as a big right hand from Han rocked the four-time Lumpinee Stadium World Champion in the second frame, and gave warning that he could not get complacent.

However, that minor setback only served to sharpen Nong-O’s focus as he seemed to get stronger from that moment on to outstrike and outmaneuver his opponent to earn the victory and the belt.

Nong-O will defend his gold for the second time against Brice “The Truck” Delval in Ho Chi Minh City.

MTGP Muay Thai World Champion Saemapetch Fairtex has shown he will not back down from an all-out battle in ONE Super Series.

At ONE: ROOTS OF HONOR he outboxed Serbian-American Ognjen Topic in a thrilling back-and-forth war in Manila.

After a cagey start to the action, Saemapetch and Topic eventually went into the trenches and exchanged big shots, but it was the Thai who appeared to have the upper hand as he bit down on his mouthpiece, moved into punching range, and unleashed his best shots.

Topic had no answer for this in the first round, and was forced to face a standing eight-count, which meant he had to go for broke. However, Saemepetch was ready for the storm and used the Lion Fight World Champion’s aggression against him for the remainder of the contest as he consistently walked the Serbian onto his counter left hand en route to a majority decision win.

Muay Thai World Champion Panpayak put on a SHOW in his ONE debut ????

Muay Thai World Champion Panpayak put on a SHOW in his ONE debut ????Download the ONE Super App now ???? http://bit.ly/ONESuperApp

Few athletes in ONE have a left kick quite like Panpayak “The Angel Warrior” Jitmuangnon, and he showed why in a sensational promotional debut last December against Rui Botelho.

The five-time Muay Thai World Champion probed with his straight punches in the first round and sent his trademark weapon crashing into his rival.

Aggressive boxing from Botelho gave the Thai superstar some trouble until he found his mark at the end of the second stanza with a head strike.

That dropped the Portuguese athlete, and he struggled to fully recover as Panpayak continued to attack with his left leg in the final round to seal a unanimous decision.

The Samut Prakan native will return to action in a flyweight kickboxing bout against Masahide “Crazy Rabbit” Kudo at ONE: IMMORTAL TRIUMPH.

Italian stallion Joseph Lasiri puts on a spirited striking showcase to edge out Hiroki Akimoto and earn his first ONE Super Series win via majority decision!

Italian stallion Joseph Lasiri puts on a spirited striking showcase to edge out Hiroki Akimoto and earn his first ONE Super Series win via majority decision!Watch the full event on the ONE Super App ???? http://bit.ly/ONESuperApp | TV: Check local listings for global broadcast

The Italian’s win in his opponent’s homeland at ONE: A NEW ERA was a victory for his determination, relentless pace and refusal to take a backward step throughout the contest.

The shock was on when he dropped Akimoto halfway through the opening round, and then maintained a relentless attack to dominate until the bell.

Then, after the Evolve representative came storming back in the second stanza, Lasiri stood his ground and went toe-to-toe with the Japanese star in a blistering final round to earn the nod on the judges’ scorecards via majority decision.

Mongkolpetch Petchyindee Academy set a fast pace at the start of his ONE debut in January, and barely let up for three rounds.

His opponent, Alexi “Phet” Serepisos, tried to push the pace, too, but he could not match the Lumpinee Stadium Muay Thai World Champion’s aggressive kicking offense.

As the match wore on, the Thai hero became more dominant as he closed the distance and unloaded with knees in the clinch, and he hardly stopped smiling as he battered the body of his Kiwi rival all the way to a win via unanimous decision.

Mongkolpetch will return to the ring to welcome Lasiri back to the Muay Thai ranks on 6 September in a flyweight contest. 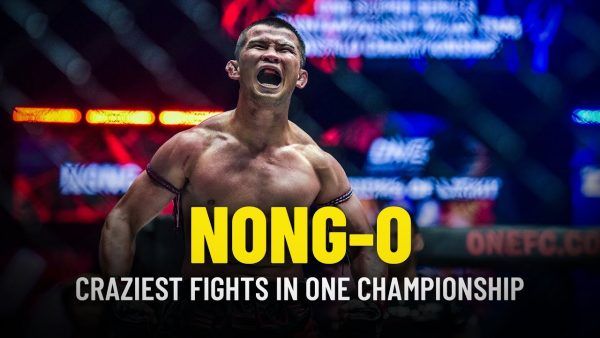