Mongkolpetch Petchyindee Academy showcased a full complement of stunning Muay Thai skills as he took an impressive victory from his ONE Super Series debut against Alexi “Phet” Serepisos on Saturday, 19 January.

The 23-year-old Thai put on a show at ONE: ETERNAL GLORY in Jakarta, Indonesia to earn the favor of all three cageside judges who awarded him the victory by unanimous decision.

The exciting flyweight bout at the Istora Senayan was fast-paced from the beginning. The Kiwi and Thai talents met in the center of the cage, but it was Mongkolpetch who was one step ahead, as he landed with more accuracy and power.

Serepisos kept pushing forward, but the Lumpinee Stadium Muay Thai World Champion was able to keep his opponent at bay with push kicks to both body and head. He also had an answer for many of “Phet’s” attacks, as he countered with hard kicks to the legs and body.

In the second round, the young Thai upped his work rate as he clinched up with Serepisos to connect with elbows to the head and powerful knees to the midsection.

Mongkolpetch had a clear advantage when he tied up with his opponent, and he kept going back to his favored position. Every time he got a hold of “Phet,” he made every second count by unleashing his best shots.

The final frame saw more of the same, as Mongkolpetch grabbed his rival as often as he could to outmuscle and outstrike him. Serepisos had his moments when they exchanged out in the open, but the WMC I1 World Champion was unable to build any momentum and was often frustrated as he found his offense stifled.

He needed a huge round, and pressed forward in search of a decisive blow to shoot himself back into contention, but found himself consistently in the clinch of Mongkolpetch, who kept a smile on his face throughout the match. 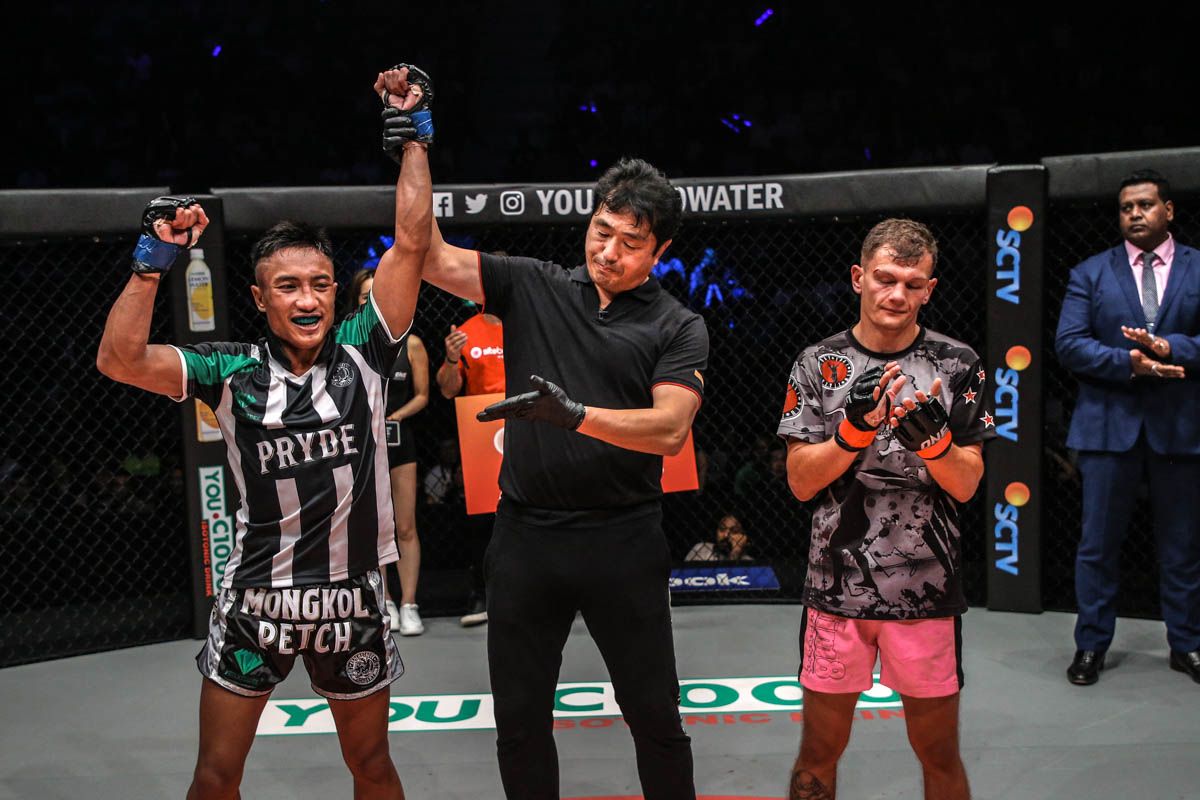 His first ONE Championship success improved his professional record to 111-40, and marked him as one of the athletes to watch in the flyweight division as the roster of elite Muay Thai practitioners grows in The Home Of Martial Arts.