Fans have come to expect spectacular knockouts every time ONE Championship brings one of its marquee events to their screens and the first four shows of this year did not disappoint.

Whether it was the world’s best strikers from kickboxing and Muay Thai, or mixed martial artists wearing 4-ounce gloves, the competitors on the global stage were on target with their fists, feet, knees, and elbows to pull off some stunning results.

These are the five best from the first quarter of 2020.

The most spectacular KO of 2020 so far came courtesy of a Josh “Timebomb” Tonna knee that could launch the Australian athlete into World Title contention.

Tonna had Andy “Punisher” Howson right where he wanted him in round two after he had dialed up the pressure throughout the match. He was loose and fluid with his strikes, which allowed him to react instinctively to a golden opportunity.

A “Timebomb” right hand forced the five-time Muay Thai World Champion from England to slip his head to the right, but that allowed Tonna to grab the back of his head and pull it down to meet his rising left knee. The collision with “Punisher’s” chin was perfect, and try as he might, he could not answer the referee’s count.

You will see few finishes in 2020 as crisp as Yoshihiro “Sexy Yama” Akiyama’s classy KO of Sherif “The Shark” Mohamed at ONE: KING OF THE JUNGLE.

The Japanese-South Korean icon is not afraid of mixing it up in the Circle, but when he was faced with a charging Egyptian, he decided his best bet was to take a step back, choose his shots carefully, and pick his rival off with counter strikes.

That paid off when Mohamed charged forward and overreached with his hands, allowing Akiyama to catch him with a perfectly-placed fade-away right hook on the jaw. “The Shark” fell, and “Sexy Yama” finished the job with an unstoppable uppercut on the ground.

Rodtang “The Iron Man” Jitmuangnon showed a different level of intensity to make sure his rematch with Jonathan “The General” Haggerty did not reach the judges’ scorecards like their close and competitive first bout.

The defending ONE Flyweight Muay Thai World Champion had already put his English rival down in the first round with a body blow, but he finished the job in the third period with a relentless assault to the midsection.

Haggerty touched the canvas for the first time – and the second time in the match overall – under an avalanche of hooks as he backed into the corner. As the referee started to count, Rodtang seemed to know he had the bout in the bag and started to celebrate. When the action restarted, he charged forward until “The General” crumbled again up against the ropes.

He got up one more time, but his resistance was almost broken. His body was softened up so much that it only took one more well-placed power punch to finish the job. “The Iron Man” dug another left hook toward the liver, and it was game over.

Muay Thai in mixed martial arts gloves must be a dream come true for an athlete with the knockout power of Liam “Hitman” Harrison, and he showed why with his explosive finish of Mohammed “Jordan Boy” Bin Mahmoud at ONE: A NEW TOMORROW.

The eight-time World Champion swung with bad intentions from the opening bell, and it only took around 90 seconds for him to set the beginning of the end of the match in motion, as a huge counter left hook felled his rangy Malaysian rival.

Harrison has finishing instincts like few others in the game, so it was no surprise to see him push hard for a stoppage after that. Most people must have thought the elbows he landed a few seconds later would be enough to do the job, but “Jordan Boy” rose again.

However, he only delayed the inevitable as a fast and furious flurry from “Hitman” gave him the win after just two minutes and three seconds.

Thanh Le may have earned a shot at the ONE Featherweight World Championship with his third consecutive KO. Just like his previous two efforts, the way he dispatched Ryogo “Kaitai” Takahashi was ultra-impressive.

The Vietnamese-American got things underway with a rocket of a right hand as his Japanese rival got up from a slip and then swarmed with punches in an attempt to close the show in a hurry.

Takahashi managed to regain his footing, but not a foothold in the match, as Le launched a knee to the body, a left hand to the midsection, and then a crunching cross to the chin to force the referee to rescue “Kaitai.”

Read more: Thanh Le Says He Should Be Martin Nguyen’s Next Challenger 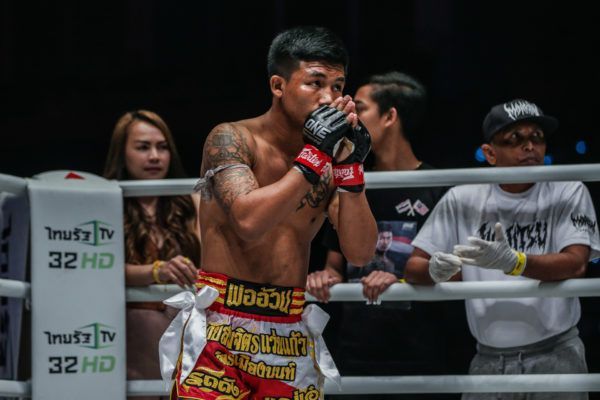