Top 5 KOs From ONE: A NEW TOMORROW’s Striking Stars 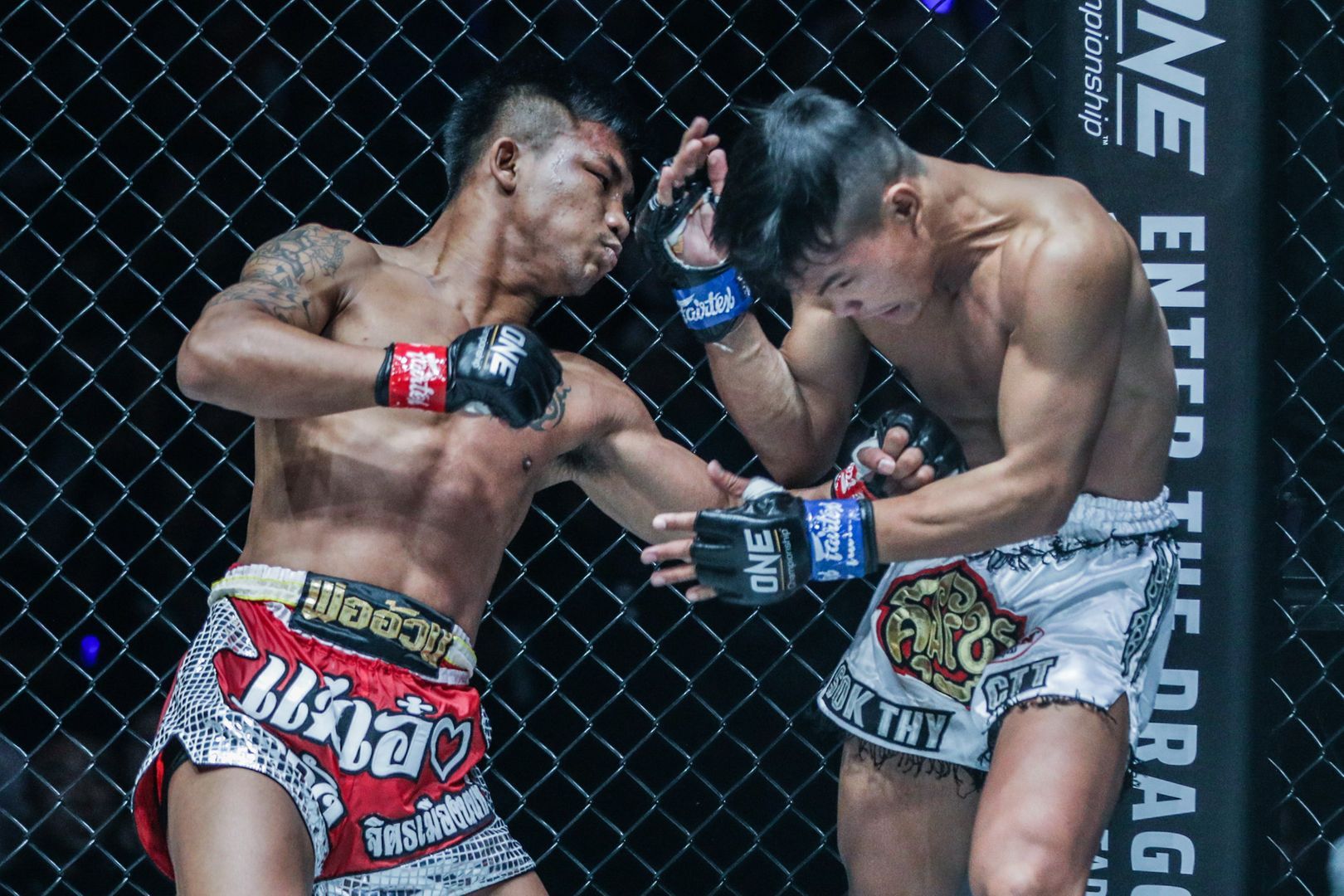 ONE: A NEW TOMORROW is stacked with some of the most explosive strikers on The Home Of Martial Arts’ roster, and they are ready to kick off 2020 in style.

These proven knockout artists will showcase their fierce stand-up skills in ONE Super Series and mixed martial arts contests at the Impact Arena in Bangkok, Thailand. They all have a stiff challenge ahead of them, but they all share the same goal — to claim victory in the most stunning way possible.

Here are five of the best KOs from the hard-hitting martial artists set for action next Friday, 10 January.

#1 Rodtang Chops Down Sok Thy

Rodtang “The Iron Man” Jitmuangnon picked up his first stoppage victory on the global stage when he ran through Sok Thy inside two rounds at ONE: WARRIORS OF LIGHT in May 2019.

The ONE Flyweight Muay Thai World Champion pushed forward in his trademark style and combined his left hooks with punishing low kicks to batter his Cambodian foe around the Circle.

Sok Thy was almost done at the end of round one, but his huge heart helped him off his stool to try and get back into the match. However, Rodtang’s relentless strikes to the thigh forced his rival to wilt after a few more moments, and the referee stepped in to halt the bout midway through the second stanza.

“The Iron Man” will put his World Title on the line in a rematch of the 2019 ONE Super Series bout of the year against Jonathan “The General” Haggerty.

Stamp Fairtex was introduced to the fans around the world via Rich Franklin’s ONE Warrior Series (OWS), in which she needed just 19 seconds to show she was ready for the big stage.

The Thai superstar made her professional mixed martial arts debut in ONE’s developmental league against Rashi Shinde at OWS 2, and it was her phenomenal striking that earned her the victory.

Stamp connected with a right low kick to open up the contest, then she went up high with a right head kick that crunched into Shinde’s jaw to stop her in her tracks.

Following a historic capture of two ONE Super Series World Titles, the 22-year-old atomweight has switched her focus back to mixed martial arts, and she will continue her run towards her third belt when she faces off against Puja “The Cyclone” Tomar in her native Thailand.

Fans were excited to see Thanh Le’s striking repertoire in his promotional debut at ONE: FOR HONOR last May, and he delivered on all the hype.

The taekwondo black belt survived Yusup “Maestro” Saadulaev’s smothering grappling offensive in the first round, and then used his rival’s eagerness to shoot for a takedown to score a massive KO in the second frame.

The Russian ground specialist circled away to stay out of trouble as the Vietnamese-American first took aim with a high kick. However, when he tried to counter the next strike with a takedown, he ran right into the LFA Featherweight Champion’s oncoming knee, which knocked him out cold just 12 seconds into round two.

Le followed that with another fast finish that maintained his rise up the featherweight division, but he will face his toughest striking challenge in the shape of powerful Japanese striker Ryogo Takahashi in Bangkok.

#4 Mohammed Weathers The Storm And Brings The Thunder

One of the most memorable debuts of 2018 came that December when “Jordan Boy” Mohammed Bin Mahmoud put on a spectacular show for his home fans at ONE: DESTINY OF CHAMPIONS.

When the Malaysian squared off against Stergos “Greek Dynamite” Mikkios, he kept his cool in the face of his rival’s aggression to score big. When Mikkios dived in for a superman punch, “Jordan Boy” defended well, clinched up, and then felled his man with a stunning right elbow.

“Greek Dynamite” found a way back to his feet, but not for long. Mohammed hurt him with a straight right, a left body kick, and one more right hand that buckled Mikkios’ legs again. This time he could not recover.

As the joint-leading finisher in ONE Super Series, Han Zi Hao has earned his reputation as a powerful puncher, and his most memorable victory came against Ryan “The Filipino Assassin” Jakiri at ONE: PURSUIT OF GREATNESS in October 2018.

When Han threw a left body kick at his opposite number, Jakiri replied with a well-timed left hook counter, but it was not accurate enough, and only grazed the top of the Chinese star’s head. That left the Filipino in a terrible position.

The man from Mad Muay Thai Gym was in range and in the perfect position to pounce on the opening, and he reacted instantly with a thunderous right hand over the top. It landed with perfection on Jakiri’s jaw and put him out for the count.