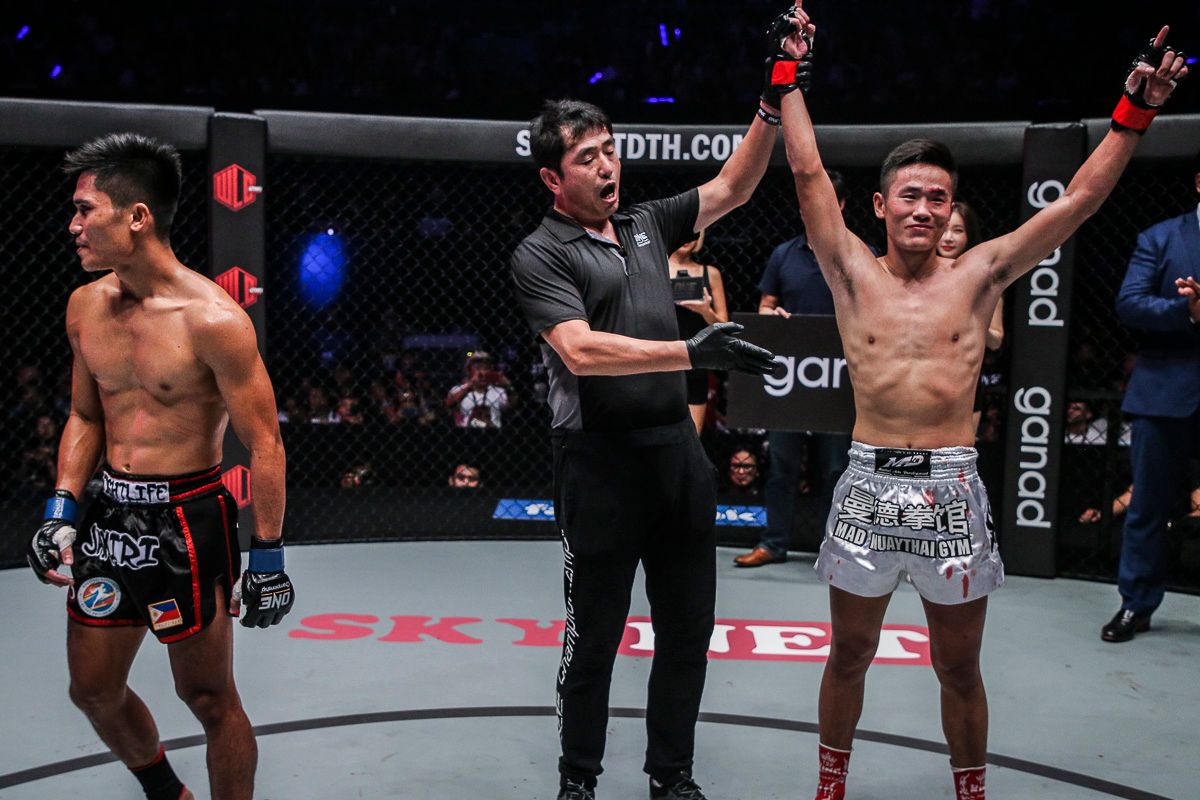 Han Zi Hao made a few pieces of ONE Super Series history on Friday, 26 October.

The Chinese striker quickly finished Ryan “The Filipino Assassin” Jakiri in the opening round of their kickboxing clash at ONE: PURSUIT OF GREATNESS, which took place at the Thuwunna Indoor Stadium in Yangon, Myanmar.

Han Zi Hao KOs Ryan Jakiri with a THUNDEROUS ???? at 1:39 of Round 1!Watch the full event LIVE & FREE on the ONE Super App ???? http://bit.ly/ONESuperApp | TV: Check local listings for global broadcast

The action in this match-up was fast and furious right out of the gate, as the two competitors unleashed a series of blistering low kicks.

As the kicks kept coming, Jakiri – a six-time national Muay Thai champion from the Philippines – started to reach for his rival’s legs in an attempt to trip him and counter with a right hand over the top.

The strategy nearly worked, as the 26-year-old caught Han’s kick just a minute into the bout and then retaliated with a punch. That blow grazed the top of Han’s head, and when he pulled away from the exchange, he was left with damage over his left eyebrow.

Jakiri had some success with that shot, but it was not long before his strategy of catching kicks backfired.

When he caught another kick a few seconds later, the Chinese hero came over the top with a right hand of his own.

The punch connected square on “The Filipino Assassin’s” jaw, which sent him crashing to the canvas. That prompted the referee to rush in and call a stop to the contest at 1:39 of round one. 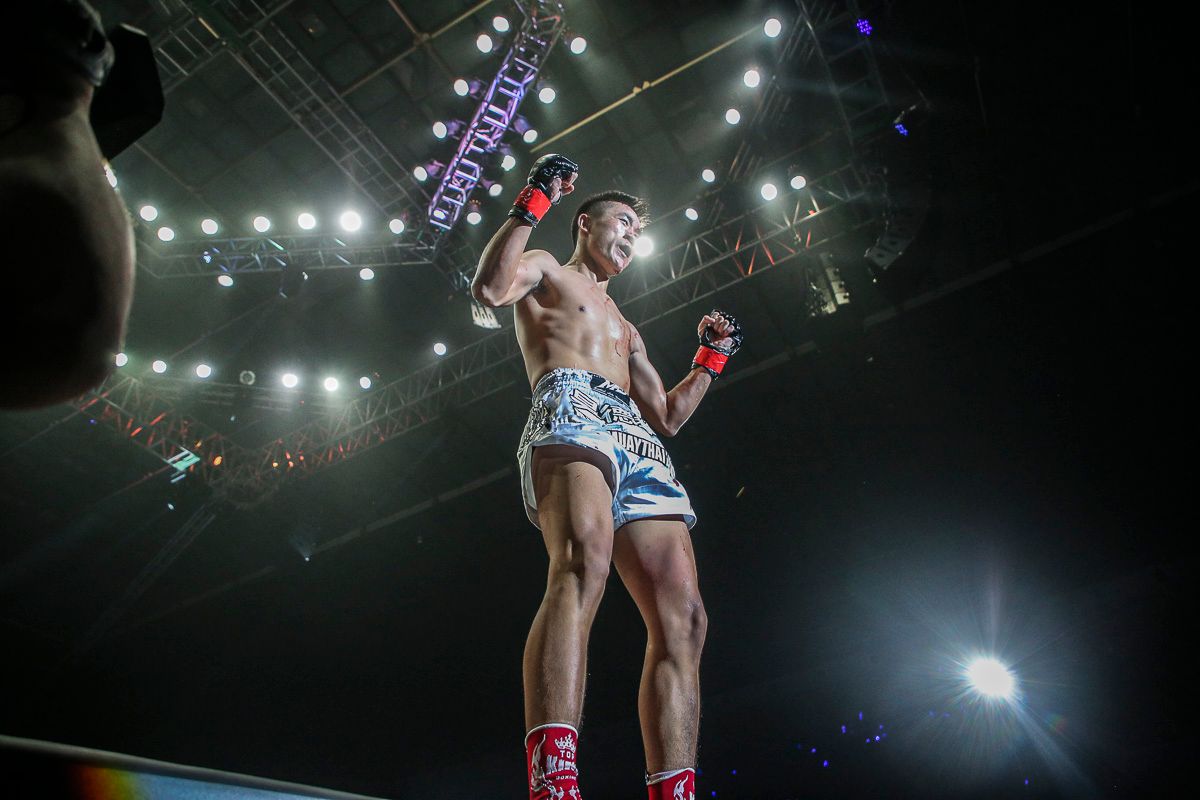 It was the second-fastest knockout in ONE Super Series – only behind Petchdam Kaiyanghadao’s 86-second head kick of Kenny Tse.

With the win, the Top King Muay Thai World Champion improved his record to 59-15 overall and finds himself on a two-bout win streak. At his current rate of activity, the Chinese warrior could find himself back on the global stage for martial arts once more before 2018 ends.