On Saturday, 6 October, he knocked out Chinese athlete Kenny “The Pitbull” Tse in the first round of their Muay Thai flyweight contest at ONE: KINGDOM OF HEROES, inside the Impact Arena in Bangkok, Thailand.

The 20-year-old needed just 86 seconds to finish his debuting opponent with a left head kick, which set the record for the fastest knockout in ONE Super Series.

Petchdam Kaiyanghadao ends it QUICK with a devastating KO of Kenny Tse at 1:26 of Round 1!

Petchdam Gaiyanghadao – เพชรดำ เพชรยินดีอคาเดมี่ ends it QUICK with a devastating KO of Kenny Tse at 1:26 of Round 1!Watch the full event LIVE & FREE on the ONE Super App ???? http://bit.ly/ONESuperApp | TV: Check local listings for global broadcast

Petchdam’s most feared weapon was always expected to cause Tse problems, and although he employed it from the opening bell, it appeared “The Pitbull” had done his homework.

Tse, who trains in Melbourne, Australia, pressed forward with solid punches to close the distance on his adversary and stay inside his kicks, and he displayed his resilience in doing so. Even as Petchdam’s shots were coming at him, he continued to march him down.

However, it was only a matter of time before one of the thudding shots found their target. The Petchyindee representative saw an opening as Tse stepped in with a right hand.

The Bangkok native landed his shin cleanly on his adversary’s head, and then followed up with a hard knee and elbow to send his foe to the canvas.

Referee Olivier Coste stepped in to stop the contest and hand the Thai the 92nd victory of his career. 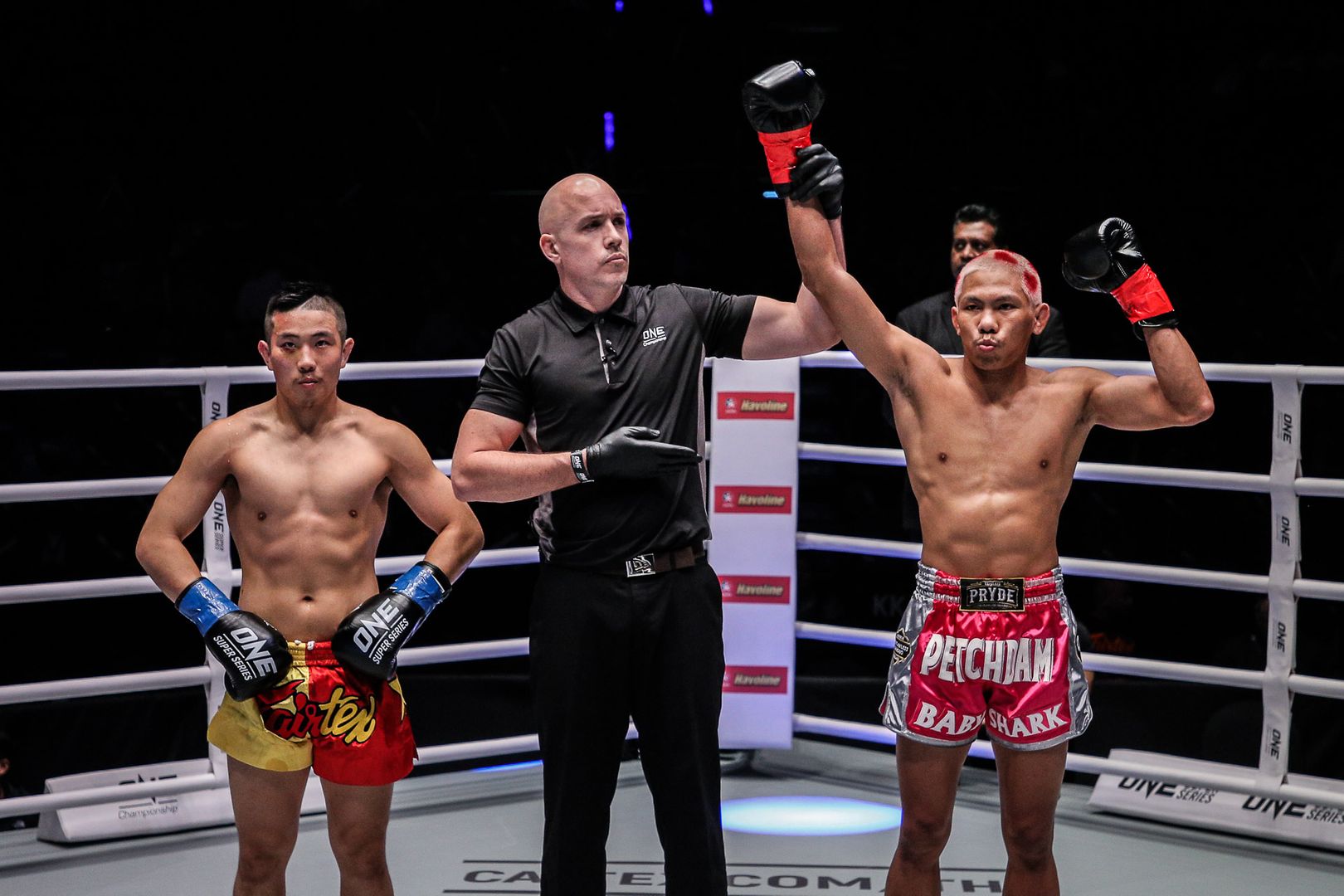 In his second outing under the ONE banner, Petchdam marked himself as one of the leaders in a division that is already packed with elite athletes.

Now with back-to-back wins and the fastest knockout in ONE Super Series history, his eyes are sure to be on World Championship gold in The Home Of Martial Arts.

The skills and charisma he brings to the ring make him a perfect candidate for the ONE Muay Thai Flyweight World Title, which would be a crowning jewel in his already impressive list of accolades.