On Friday, 13 July, he faced Australia’s Josh “Timebomb” Tonna in a Muay Thai flyweight clash at ONE: PURSUIT OF POWER in Kuala Lumpur, Malaysia’s Axiata Arena.

It was an all-action showcase, which ended with Petchdam knocking out his rival in the second round with a stunning roundhouse kick.

Petchdam Kaiyanghadao with a crushing body kick KO at 1:11 of Round 2!

Petchdam Kaiyanghadao with a crushing body kick KO at 1:11 of Round 2!Watch the full event LIVE & FREE on the ONE Super App ???? http://bit.ly/ONESuperApp | TV: Check local listings for global broadcast

Tonna, a WMC Intercontinental Muay Thai Champion, started the bout as the aggressor, but it did not take long for the 20-year-old Thai southpaw to unleash his lightning-fast left kicks to the body and the head.

The Thai’s kick-heavy attack contrasted with the Aussie’s more boxing-based approach, but proved to be more effective, as it was the most prominent weapon in an action-packed opening round.

Still, Tonna did not back down. He continued to press forward in the second frame, looking to walk through Petchdam’s kicks and score with rapid-fire punching combinations. 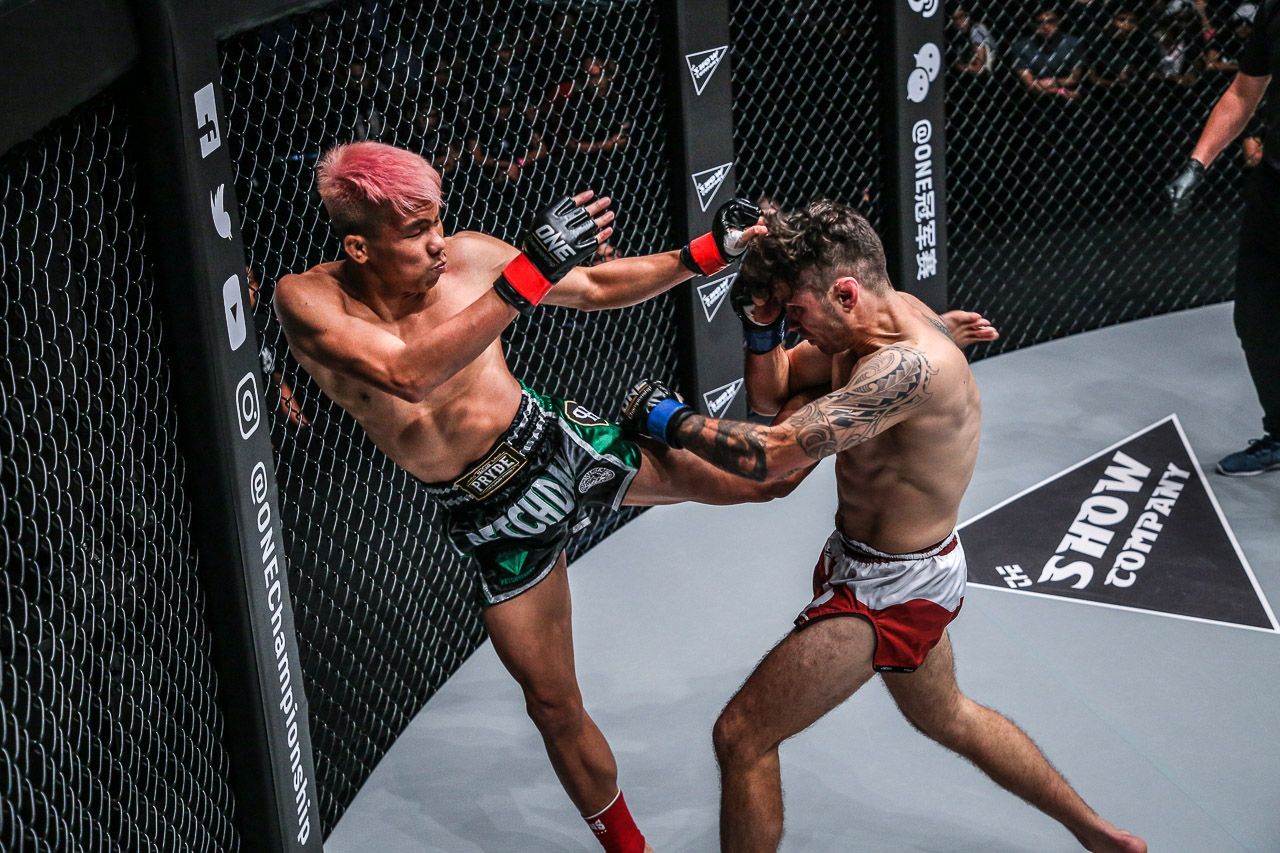 After one such flurry, however, the charismatic Thai loaded up with a massive left roundhouse kick to the body.

The kick was aimed at the right side of Tonna’s rib cage, and while the shin landed on its intended target, Petchdam’s knee also caught the tucked chin of his Australian opponent, which sent him crashing to the canvas for a highlight-reel knockout.

It was a masterful performance from Petchdamn, who elevates his professional record to 91-13-7.

The young star joins a stacked division, which is ruled by ONE Super Series Muay Thai Flyweight World Champion Sam-A Gaiyanghadao, and will look to build towards a World Title opportunity.