ONE: KINGS OF DESTINY promises an entire card of world-class mixed martial arts action, with Asian MMA’s biggest stars taking to the fabled ONE cage.

Taking place at the Mall of Asia Arena in Manila, Philippines, on 21 April, and broadcast around the world, the event is headlined by ONE Lightweight World Champion Eduard “Landslide” Folayang, who defends his belt against top lightweight contender Ev “E.T.” Ting.

There’s nothing better on a Friday evening than to catch Asia’s biggest Fight Night live, but in case someone’s trying to convince you otherwise, here are three great reasons for you to turn the tables on them.

No shortcuts to being a true champion.☝️ LIVE on 21 April at 8.30pm (Manila time)For fans in the Philippines, tune in to ABS-CBN Sports | For fans in Malaysia, tune in to Astro ArenaOfficial livestream at oneppv.com

Posted by ONE Championship on Wednesday, April 19, 2017

It’s the champion’s long-awaited homecoming. Folayang, who is fresh off a career-defining victory over Japanese MMA legend Shinya Aoki last November, will make his way back to the ONE Championship cage to make the first defense of his ONE Lightweight World Championship.

The last time Folayang performed in front of his hometown crowd in Manila, things didn’t exactly pan out for him ­­– the 33-year-old Baguio City native fell to Russian powerhouse Timofey Nastyukhin via knockout in a stunning upset.

Since then, Folayang made strides to drastically improve his overall skill set, particularly his wrestling, to make sure he was more equipped to handle any situation. As a result, Folayang went on a three-fight win streak in 2016, including his most comprehensive performance yet against Aoki, and he now returns home as lightweight kingpin.

Folayang is beloved in the Philippines, partly because of his humility and work ethic, traits that all of Asia can identify with, but mostly because of his amazing skill in martial arts. The former wushu gold medalist is now at the top of his profession, and now gets the chance to erase a bitter memory from his last time out in Manila against Malaysia’s Ev Ting.

One of the most promising young fighters from the Philippines, Team Lakay’s Danny “The King” Kingad makes his third appearance inside the ONE Championship cage this Friday night. If his first two outings for the promotion are anything to go by, Kingad is poised to deliver another spectacular performance.

Kingad is young and undefeated, carrying the swagger of an immensely talented fighter with loads of potential. He has also won his last two bouts by impressive finish, and in his most recent bout, Kingad made quick and easy work of the dangerous striker that is Eugene Toquero.

Against Malaysia’s Muhammad Aiman, Kingad faces the challenge of having to go up against a fellow top prospect. The 22-year-old Aiman made a name for himself as a MIMMA champion in Malaysia, and is also unbeaten in ONE. His most recent victory was as impressive as Kingad’s – a second-round technical knockout over third-degree BJJ black belt Eduardo Novaes.

Both Kingad and Aiman are incredibly well-rounded fighters who can fight on the feet and on the ground. It is a tremendous matchup on paper, as the skills and career trajectories line up perfectly, resulting in a compelling bout inside the ONE Championship cage. Two young and hungry lions are ready to engage, and it’s a fight fans will not want to miss. 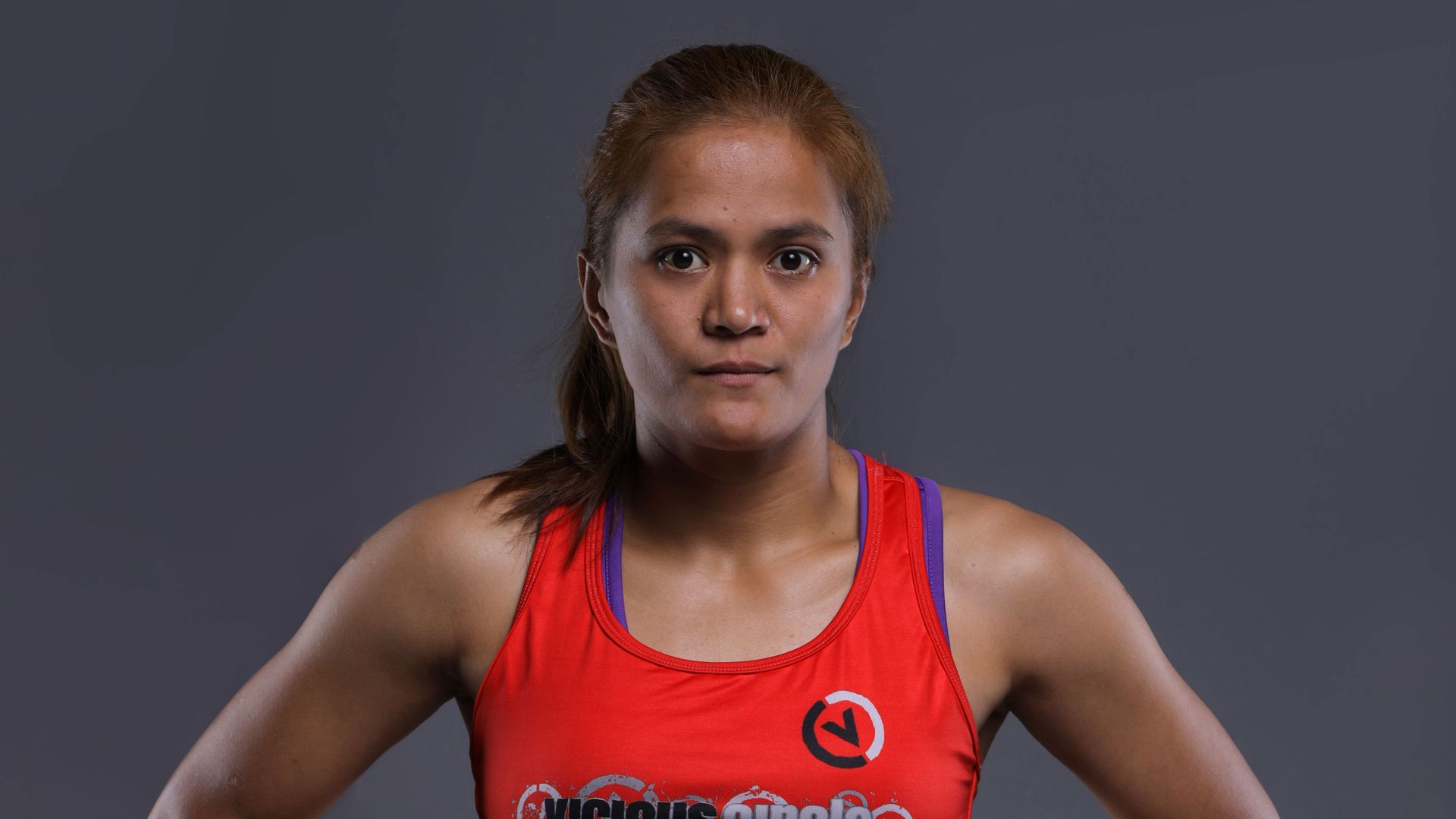 #3 The ONE Championship Debut Of Gina Iniong

Filipino fight fans have been watching Gina Iniong closely for the past few years. Widely considered the most talented female mixed martial artist from the Philippines, Iniong has finally made her way to ONE Championship.

Iniong has the complete package of solid ground game and devastating striking prowess. Wins over Nathalie Heidel and Japanese MMA veteran Mei Yamaguchi proved just as much. In her last bout, Iniong showcased tremendous poise in the grappling department, submitting Vanessa Rico Fernandez via achilles lock – much to the surprise of fans in attendance.

A former wushu national champion, Iniong is a member of the famed Team Lakay in Baguio City, sparring regularly with her larger Lakay brothers Honorio Banario and Eduard Folayang. That alone should tell you just how tough Iniong really is. 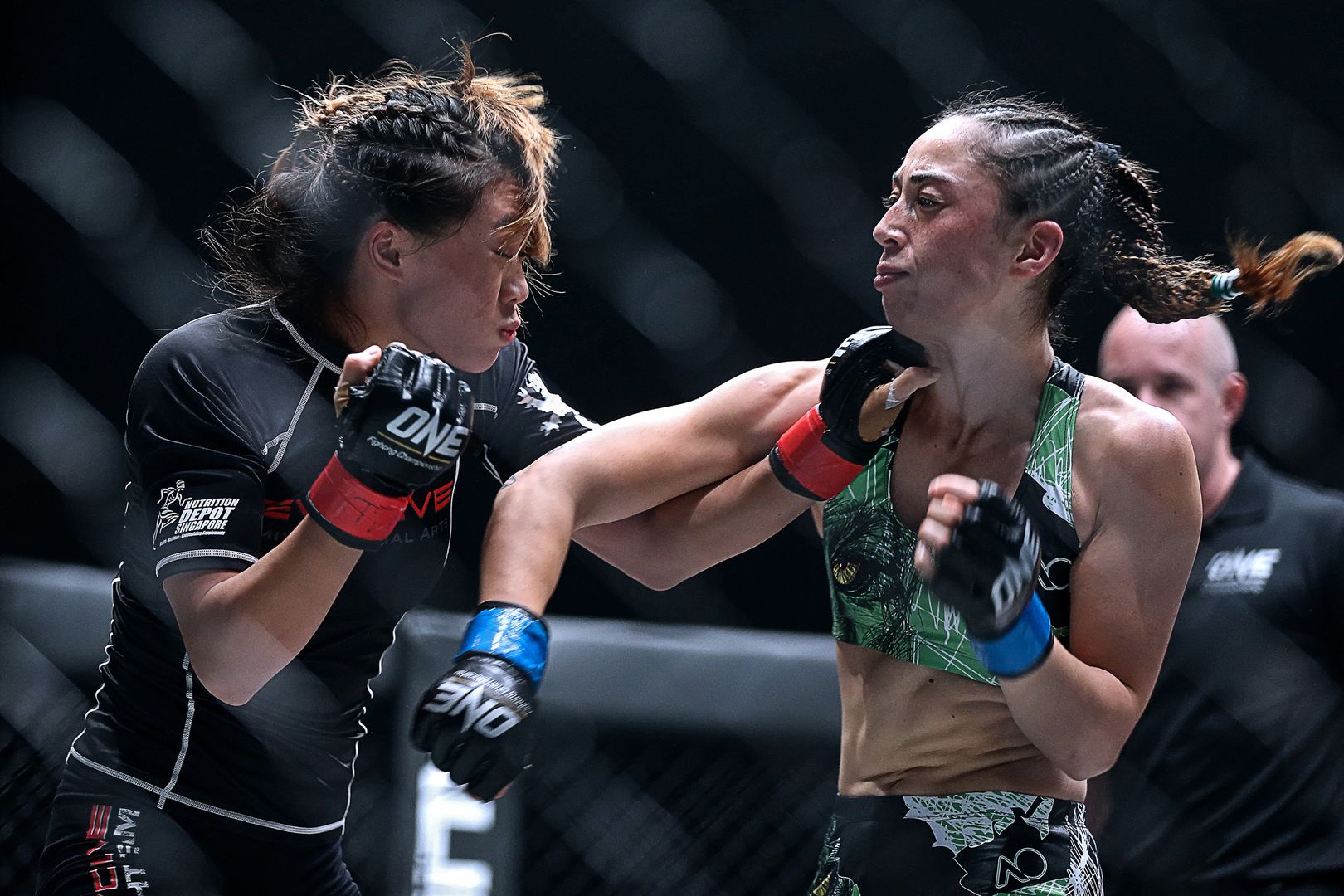 Iniong will be taking on Filipino-English fighter Natalie Gonzales Hills in her debut, with the two Filipinos having to throw down until there’s an eventual winner.

With her eyes set on the ONE Women’s Atomweight World Championship, currently held by Singapore’s Angela Lee, Iniong is intent on putting on a show to prove that she belongs in the title mix, so watch out for it.