Team Lakay flyweight prospect Danny Kingad of Baguio City put together a complete performance against enigmatic striker Eugene Toquero of Manila, winning via armbar submission with less than a minute left in the first round.

The pair locked horns at the center of the ONE Championship cage at ONE: AGE OF DOMINATION, which took place Friday night, 2 December, at the Mall of Asia Arena in Manila, Philippines.

Toquero, known for his fast-paced, thunderous striking chops, failed to get his offense going against Kingad, who utilized his distance very well. Kingad attacked Toquero from the outside with a series of kicks and well-placed punch combinations. 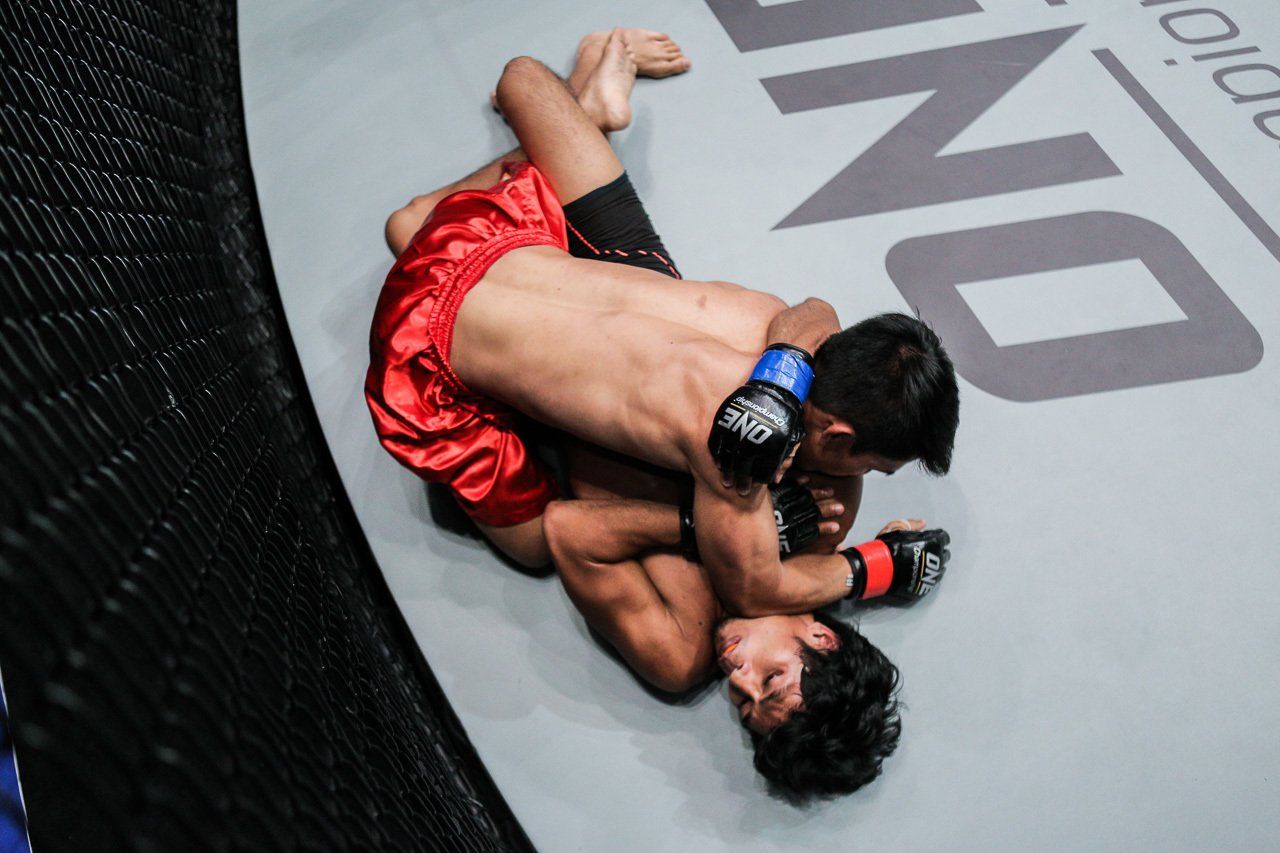 On the ground, Kingad effortlessly transitioned from one dominant position to another, stifling Toquero who simply appeared a class lower than the Baguio City native.

Latching onto Toquero’s right arm, Kingad swiftly stepped over and locked in a deep armbar attempt, hyperextending Toquero’s arm as the Manila-based fighter’s face contorted in pain. Toquero was left with no choice but to tap out.

The end came officially at the 4:26 mark of the very first round.

It was a complete performance from Kingad, who at 21-years old has shown maturity inside the ONE Championship cage well beyond his years. Toquero, nearly 15 years Kingad’s senior, possessed the experience inside the cage, but it was Kingad’s promising talent that shined.

With the victory, Kingad improves his record to a perfect 4-0 to remain unbeaten as a professional mixed martial artist, while Toquero drops to 8-4.