On 21 April, at the 20,000-seater Mall of Asia Arena in Manila, Philippines, newly-minted ONE Lightweight World Champion Eduard “Landslide” Folayang of Baguio City will make the first defense of his title against top lightweight contender Ev “E.T.” Ting of Kuala Lumpur, Malaysia.

The highly-anticipated five-round main event at ONE: KINGS OF DESTINY pits two of the best fighters in the division against each other, in what is expected to be an awesome clash of styles. 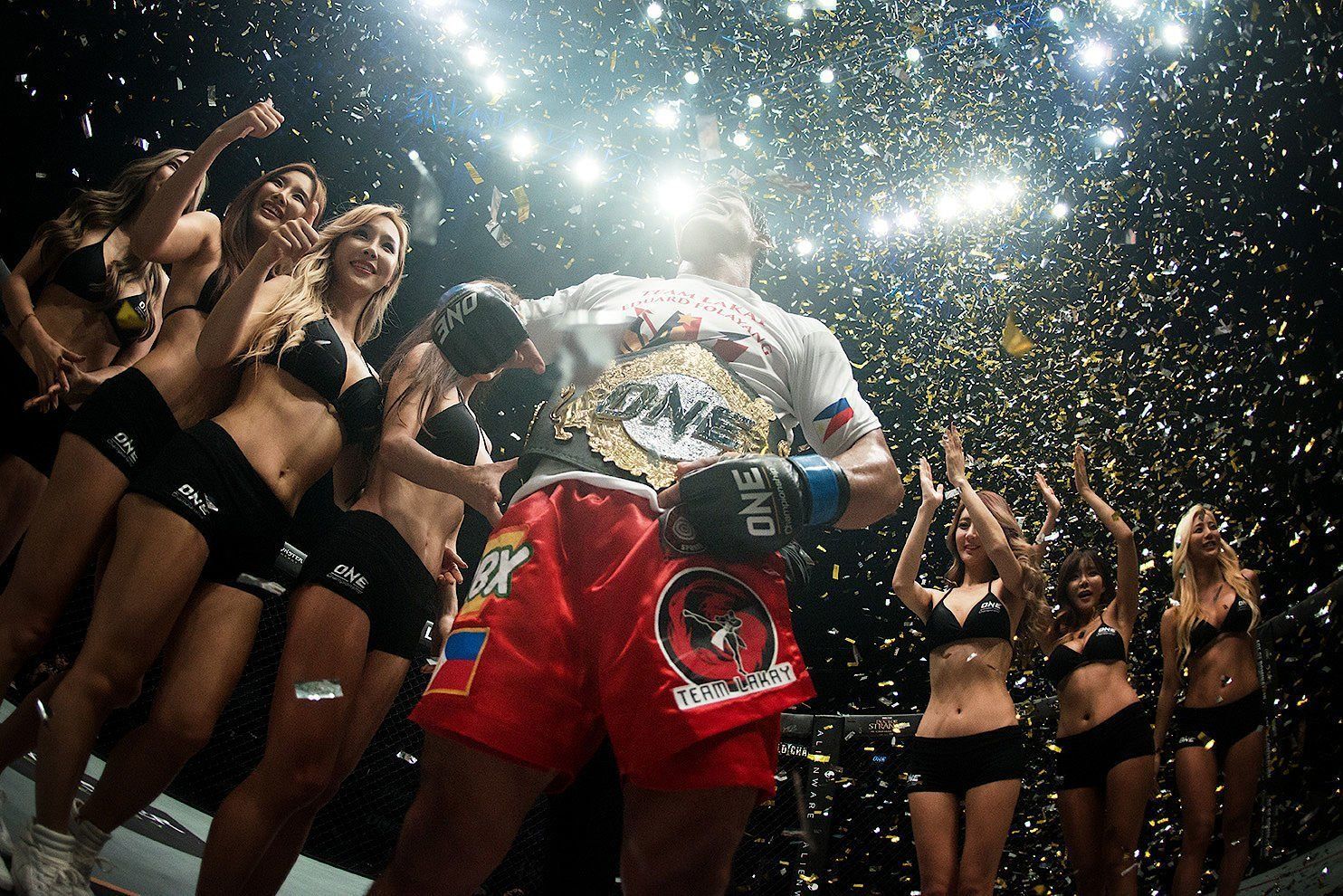 Defending champion Folayang, a wushu specialist, is set to once again electrify the arena, performing in front of his hometown crowd for the first time in three years against Ting, who is coming off two straight victories since making his debut at lightweight last September.

In his most recent bout, Folayang shocked the world, stopping MMA legend Shinya Aoki within three rounds to take the lightweight title while, Malaysian-Kiwi sensation Ting is currently riding a four-fight win streak, including victories over Folayang’s Filipino compatriots Eric “The Natural” Kelly, Honorio “The Rock” Banario, and “The Ferocious” Edward Kelly.

ONE Championship checks in with four expert MMA analysts to find out their take on this exciting matchup.

Eduard Folayang and Ev Ting are both very explosive and well-rounded mixed martial artists. They share many similarities, including both being very comfortable on the ground, standing, or in the clinch. 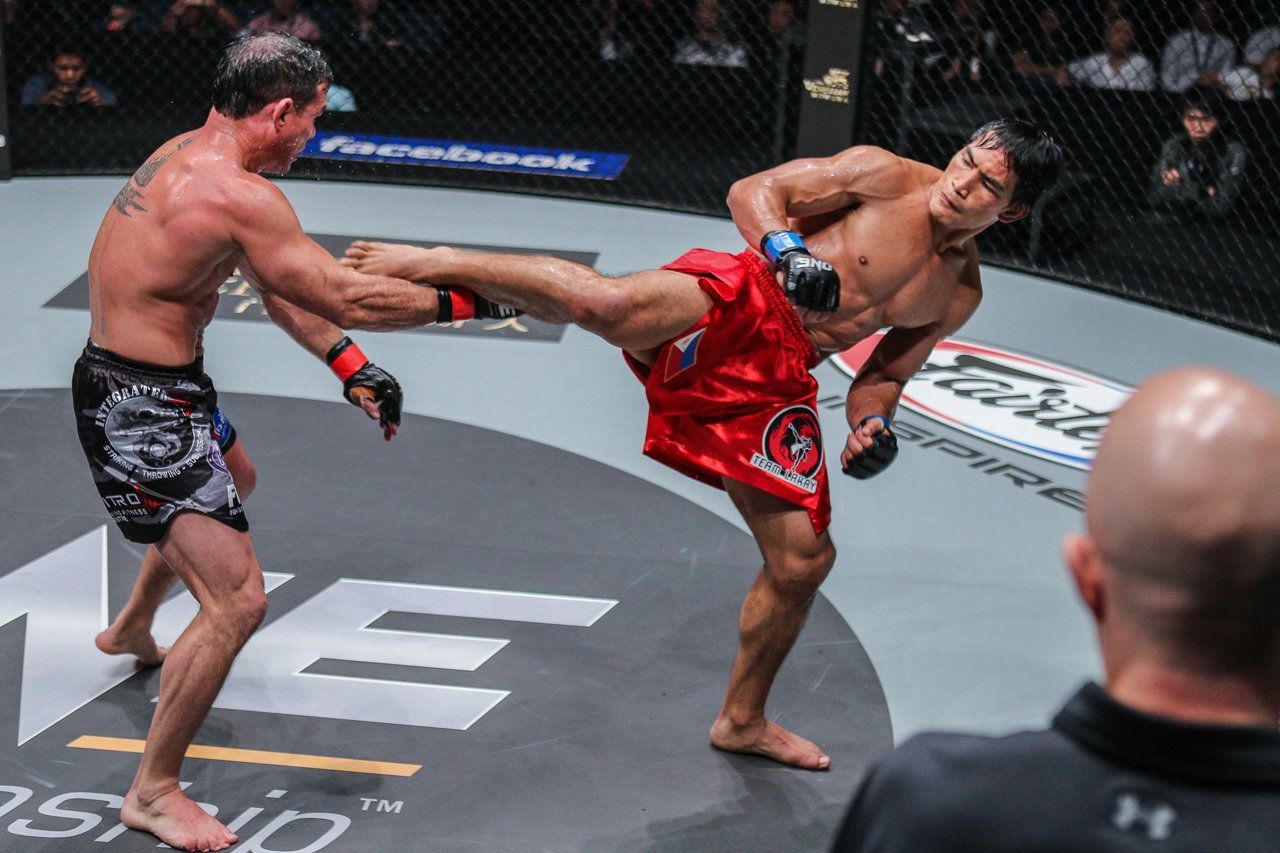 Folayang, however, is a much more unorthodox striker, utilizing his world-class wushu skills which he spent years honing in Baguio City, while Ting prefers a more conventional style of boxing. The Malaysian is a bit more aggressive offensively, grappling and looking for submissions, but on the other hand, Folayang is nearly impossible to catch.

These two extremely talented fighters will not spend much time feeling each other out, I suspect. The two will both be pressing a good pace. Fans are in store for a tremendous striking battle. The way I see it, this fight goes back and forth on the feet, with almost complete disregard for the takedown.

I think we all thought that if Ev Ting came through in his last fight unscathed, then the match with Eduard Folayang would be made. The fact that he took the fight against an over-weight opponent in Kamal Shalorus only helped to underscore that notion.

The 27-year-old Ting has made his own luck. You could make a case for saying that Ting earned “Comeback of the Year” honors in 2016 after losing to Marat Gafurov, but don’t overlook Folayang’s last fight. He beat the legend Shinya Aoki, for goodness’ sake! I get a cageside seat for free, but I would definitely pay to see this one. 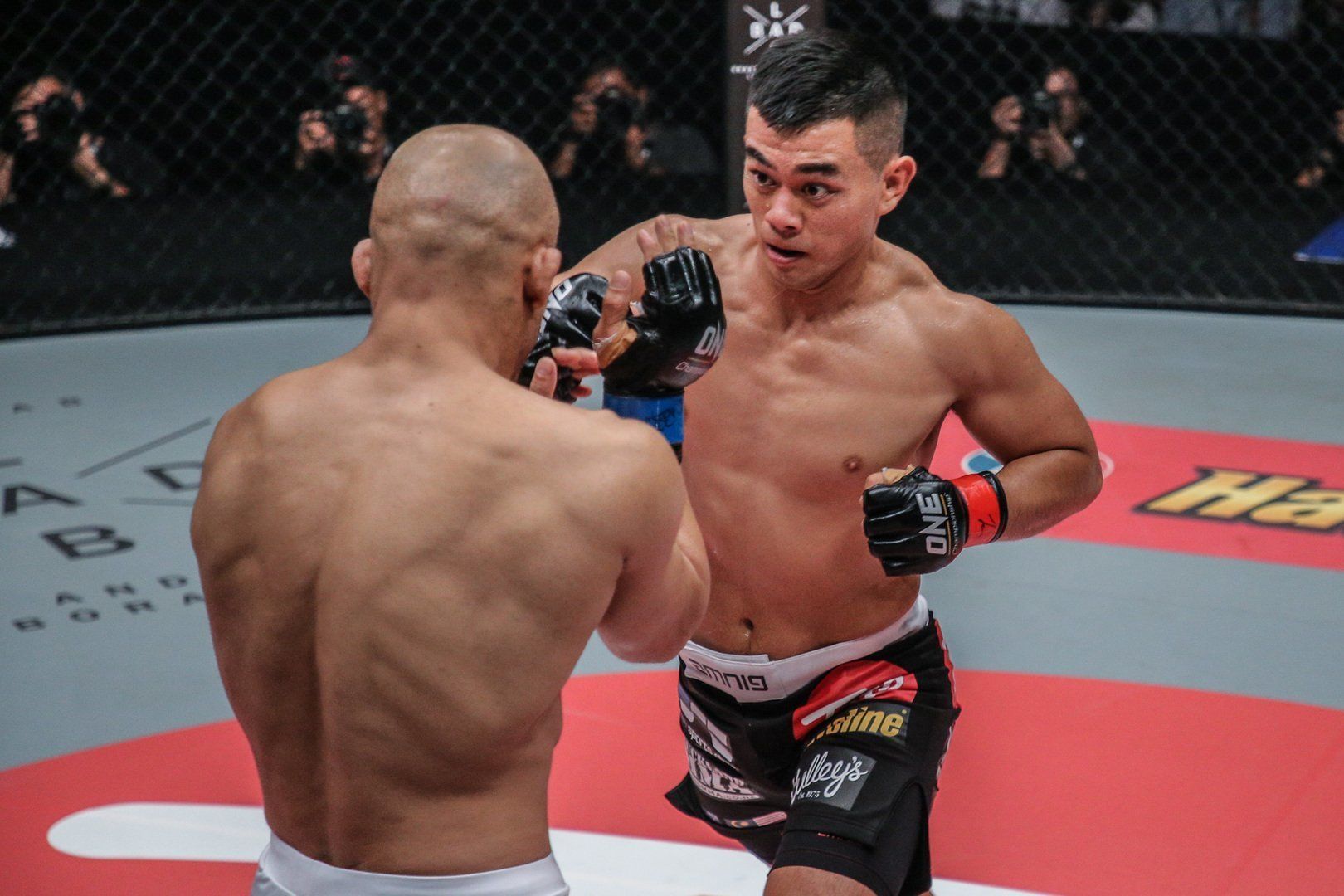 Folayang is just very strong for a lightweight. He does everything pretty well. His takedown defense has blown up though – his preparation for Aoki took care of that. Ting is in your face the whole time. He won’t back off. I see tremendous ambition and mental strength in the Malaysian.

This will end up being a stand-up explosion and there will be a lot of damage done. There are two uncompromising wills here, so it might just go the distance, but the pace and unrelenting shape of this contest makes that seem unlikely. A fourth-round referee’s stoppage either way seems the most likely scenario, although I can’t pick the actual winner yet.

Ev Ting versus Eduard Folayang for the ONE Lightweight World Championship is a very interesting fight. Lately, both fighters have shown preference to stand on the feet and strike. This definitely makes for one well-matched contest.

Ting has been on a winning streak since he moved up to lightweight. Actually, he was on a roll in the featherweight division until he ran into the featherweight king, Marat Gafurov. It was the only loss in his ONE Championship career.

Ting is well-rounded with good grappling and striking, plus wrestling, which makes him tough for anyone. Will Ting try to take Folayang out of his comfort zone and grapple? That would be an interesting strategy for Ting, and something he may want to consider. 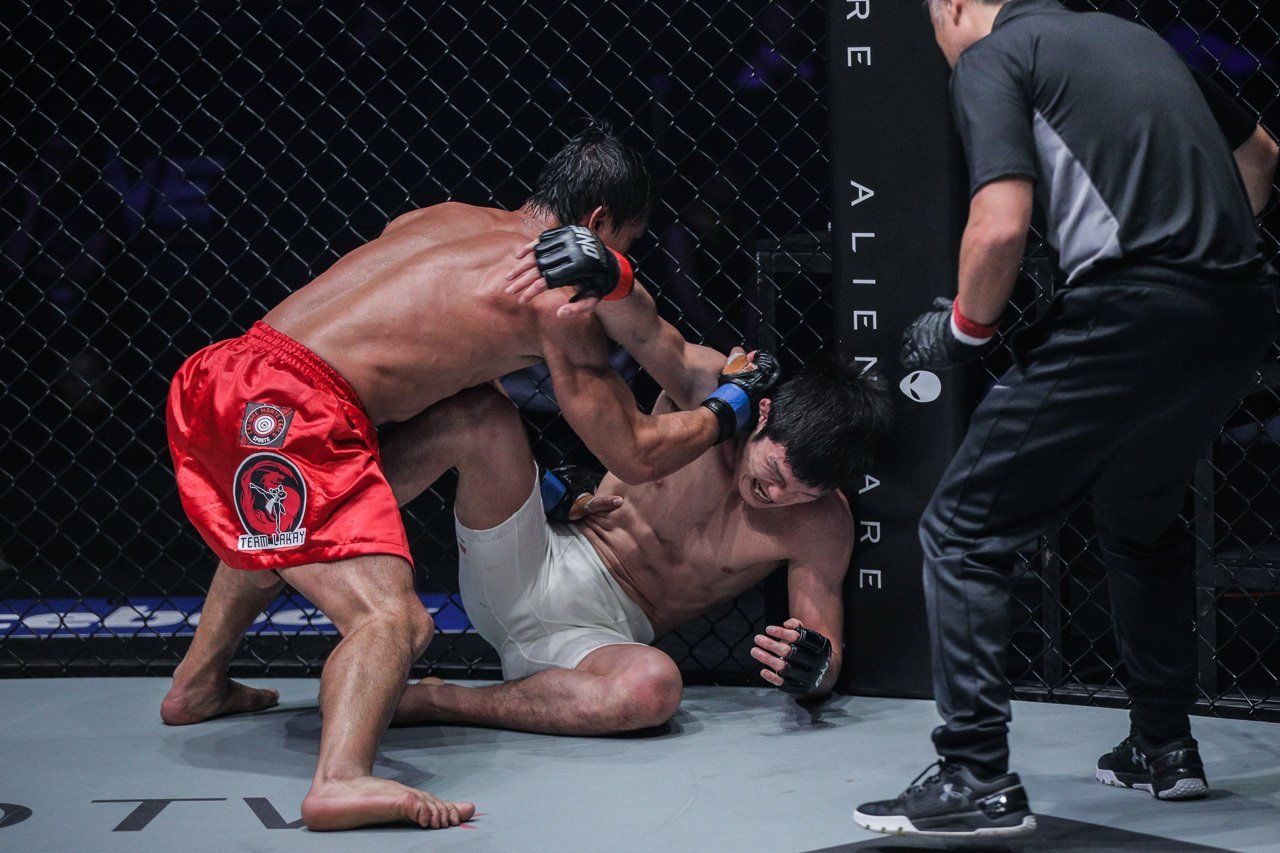 However, that is easier said than done. Folayang has been constantly improving his wrestling every single fight, and his training certainly has not gone unnoticed. Even the Japanese legend, Shinya Aoki, could not hold the new champion down.

Folayang has won most of his fights by decision, but will he leave it to the judges this time? His punches have good knockout power, but Ting has a durable chin, displayed in his last fight against Kamal Shalorus.

I predict this fight becoming a five-round stand-up war. Both fighters have power and are always entertaining to watch, and I’m definitely looking forward to the matchup.

Eduard Folayang versus Ev Ting is a classic “experience vs youth” type of clash.

Folayang has been in the game since 2007, and possesses some of the best, if not the best, striking in ONE Championship’s lightweight division. Aside from that, Folayang and Team Lakay have constantly shown improvement in what was once seen as the weakest point of their game: grappling. 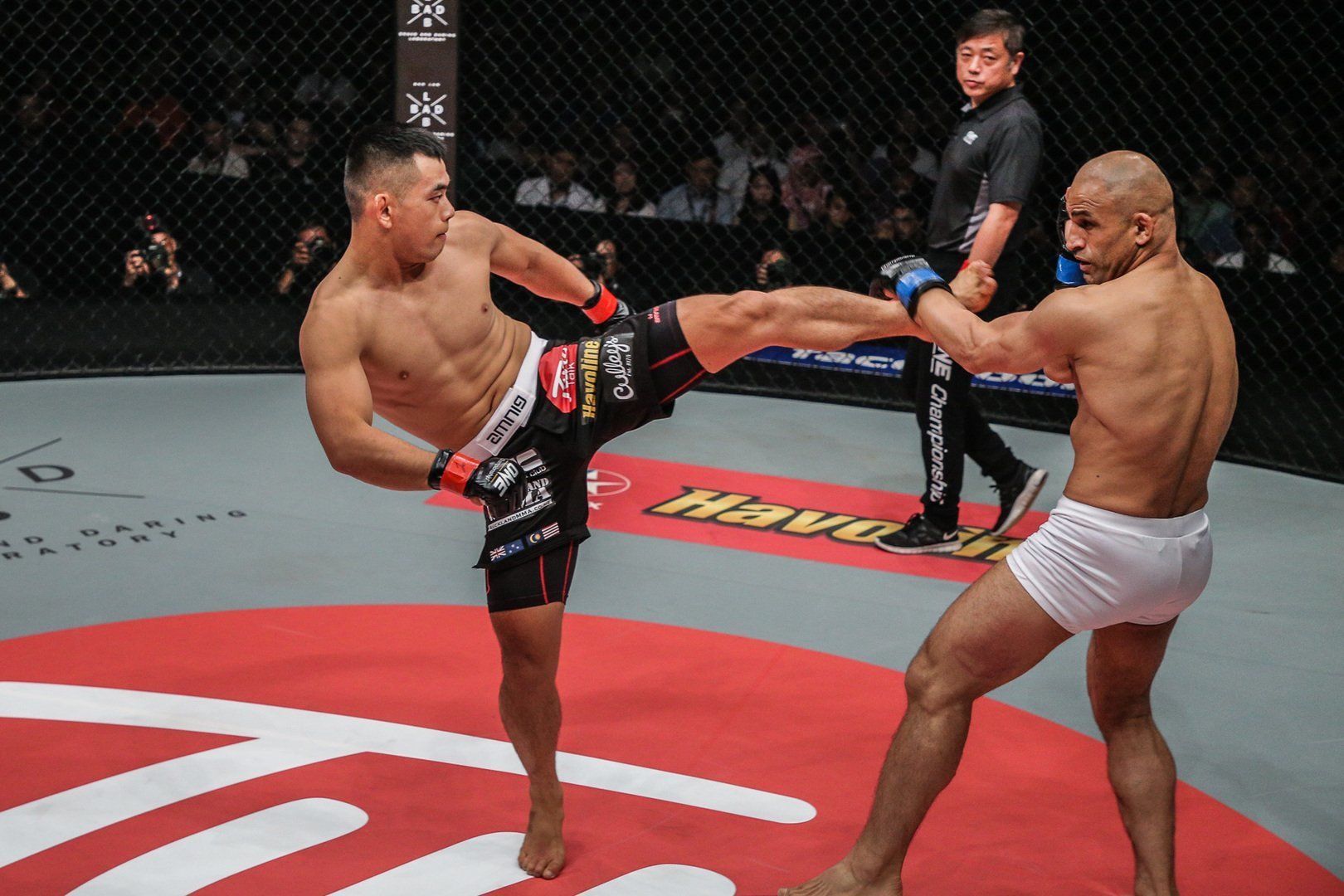 The 27-year old Ting, on the other hand, could be one of the most well-rounded guys in the division today. While he is certainly no slouch standing up, most of the Malaysian-Kiwi lightweight’s stoppage wins have come via submission. Ting holds wins over a couple of Folayang’s teammates, defeating Honorio Banario by submission while knocking out Edward Kelly, and most recently, he pulled off a gutsy victory over someone who has beaten Folayang before in Kamal Shalorus.

With an arena full of Filipino fight fans behind him and a continuously-improving skill set, I’d have to say that the champion has a solid chance to retain his belt. Standing up, I don’t think Ting has faced anyone with the striking pedigree of Folayang, and as he has shown before, Folayang can knock guys out in explosive fashion. On the ground, Folayang has also shown that he can hold his own against the best of them, and can likely hang with Ting on the mat.

One big factor playing into the Filipino fighter’s favor would be the fact that Ting has spent the majority of his career as a featherweight, only making the jump up to lightweight in his last two fights. Folayang, however, has experience fighting bigger, stronger guys during his days as a welterweight, and during his run at lightweight in ONE Championship.”