After an action-packed April, the world’s largest martial arts organization will quickly return to the fray with ONE: DANGAL on Saturday, 15 May.

The explosive card features heavy-hitting stars from around the globe, but there is a notable focus on some of India’s leading combat sports athletes, and the nation will have its first-ever shot to crown a Mixed Martial Arts World Champion.

While every fighter on the bill is capable of delivering a finish, there are some true knockout artists who always bring the heat with their fists, shins, elbows, or knees.

Before the action goes down at the Singapore Indoor Stadium, let’s relive four of the best knockouts from the mixed martial arts stars who are set to compete at ONE: DANGAL.

Brandon “The Truth” Vera earned his fourth straight first-round knockout when he dispatched Italian slugger Mauro “The Hammer” Cerilli just 64 seconds into their ONE Heavyweight World Title contest at ONE: CONQUEST OF CHAMPIONS in November 2018.

Staying true to his own style of hunting for finishes, Cerilli charged after the Filipino-American and tried to lay hands on him. Meanwhile, Vera kept his cool on the back foot and waited for his chance to strike.

That opportunity came when “The Hammer” launched a big right hand in Vera’s direction, which was followed by a lunging left hook. However, the reigning king was already thinking a step ahead.

Just as Cerilli stepped in, Vera threw his own left hook that found the mark first by landing on the point of his rival’s chin. Because all of the Italian’s momentum was rushing forward, the impact was compounded and stopped him in his tracks.

“The Hammer” became the nail and instantly fell back to the canvas, where the referee dove in to save him from any more punishment.

Next, the longtime heavyweight titleholder will make his toughest defense yet against former Indian Olympic wrestler Arjan “Singh” Bhullar, who hopes to become his country’s first ONE World Champion.

Canadian-Indian Gurdarshan “Saint Lion” Mangat exploded onto the global stage with a stunning victory over Toni “Dynamite” Tauru at ONE: REIGN OF VALOR in March 2019.

Mangat patiently accumulated damage on his Finnish rival throughout the first two frames, and he went for the kill when the opportunity presented itself in round three.

“Saint Lion” sent the former World Title contender to the canvas with a left-right combination, capitalized with a few more strikes when the Finn bounced back up, and then shot for a double-leg takedown that took the match back to the ground.

Grappling wiz Tauru managed to work to his knees, but “Saint Lion” dropped some hard knees to his rival’s head before a quick blitz of punches earned the TKO stoppage.

At ONE: DANGAL, Mangat will take on fellow Indian athlete Roshan Mainam in a catchweight tilt.

In the toughest test of her burgeoning mixed martial arts career, Ritu “The Indian Tigress” Phogat took out Jomary “The Zamboanginian Fighter” Torres in emphatic fashion at ONE: BIG BANG this past December.

Phogat took Torres to the mat inside the first minute and then slowly dialed up the pressure until she overwhelmed the Filipina for a TKO finish.

“The Zamboanginian Fighter” initially did well to stifle the flow of strikes from the top with a strong guard, but Phogat eventually passed to side control with 90 seconds left in the frame – and the stoppage came soon after.

“The Indian Tigress” trapped Torres’ left arm in a crucifix position and opened up the taps with a relentless salvo of elbows that secured the win.

At ONE: DANGAL, the Indian wrestling sensation faces the atomweight below.

Bi “Killer Bee” Nguyen displayed her dominance in her promotional debut at ONE: ROOTS OF HONOR in April 2019.

The Vietnamese-American dynamo needed just a single round to rip through Indonesia’s Dwi Ani Retno Wulan, as she earned a decisive TKO stoppage.

Just seconds into the contest, the two traded strikes in the center of the Circle and then exchanged shots from within the clinch. When the women separated, Nguyen continued to sting her Indonesian rival with whipping leg kicks.

After eating an outside leg kick, Wulan ran forward with punches, but “Killer Bee” tied her up, leaned forward, and tripped her onto the canvas.

Nguyen advanced from half guard to full mount, and then she unloaded a plethora of punches and elbows. That forced Wulan to roll over, but the Vietnamese-American remained on top and continued with her attack, which forced the referee to stop the contest.

“Killer Bee” will hope to finish Phogat in similar fashion at ONE: DANGAL. 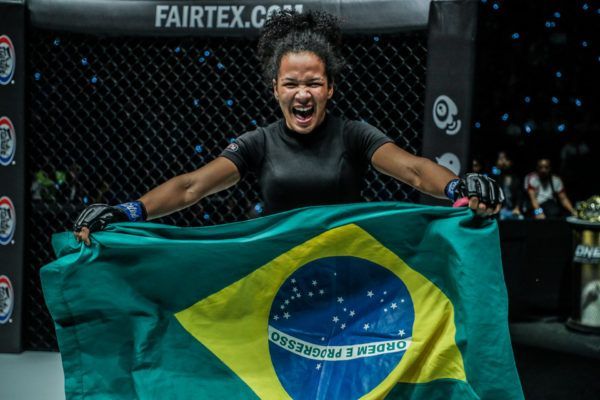 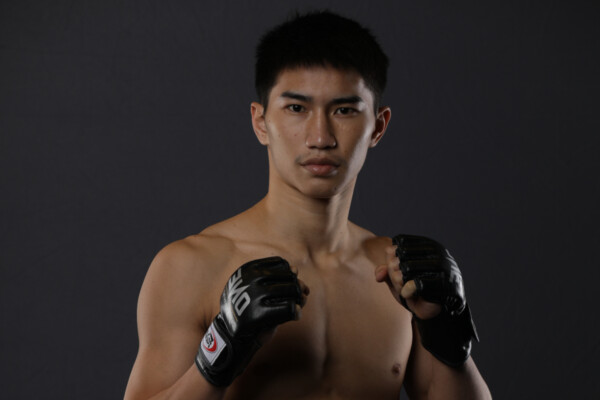