Ritu “The Indian Tigress” Phogat faced her toughest test to date against Jomary “The Zamboanginian Fighter” Torres, but she passed with flying colors to remain undefeated in her mixed martial arts career.

The Indian Wrestling Champion stopped her Filipina rival with an unanswered salvo of ground strikes to get the first-round TKO victory at ONE: BIG BANG on Friday, 4 December. 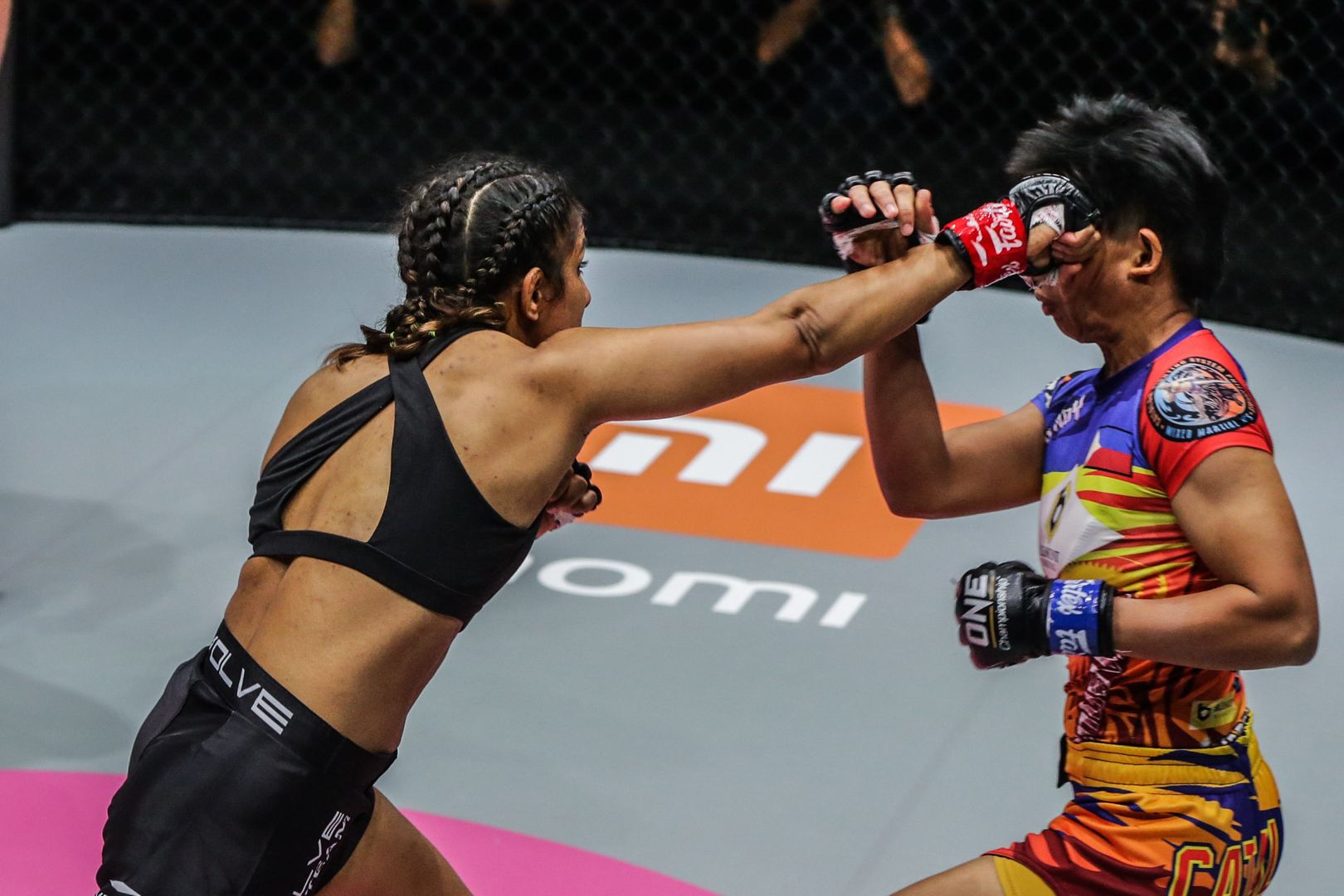 Phogat popped out a jab and a hard low kick to open up their atomweight clash at the Singapore Indoor Stadium, and Torres replied with a thudding low kick of her own.

The Indian looked confident with her hands and landed a crunching straight right, but this seemed to spur on “The Zamboanginian Fighter,” who stepped in with hard punches.

With Torres’ striking output building, the Evolve star went back to her wrestling roots – she timed a double-leg takedown and dragged the action to the canvas. Phogat chipped away with short punches and elbows as she looked to pass, but the Catalan Fighting System athlete defended the assault well. However, Phogat’s relentless pressure began to pay off as she broke through with some hard hammerfists. Torres tried to bridge out to escape, but the Indian wrestler quickly passed to side control to set up the finishing sequence.

She used her right leg to trap the Filipina’s left arm and secured a dominant crucifix position. From there, Phogat upped the intensity with her strikes and drilled her foe with punches and elbows.

With Torres unable to use her arms to defend herself, “The Indian Tigress” then let rip with a stream of elbows until the referee stepped in to wave off the bout at 3:55 of round one. 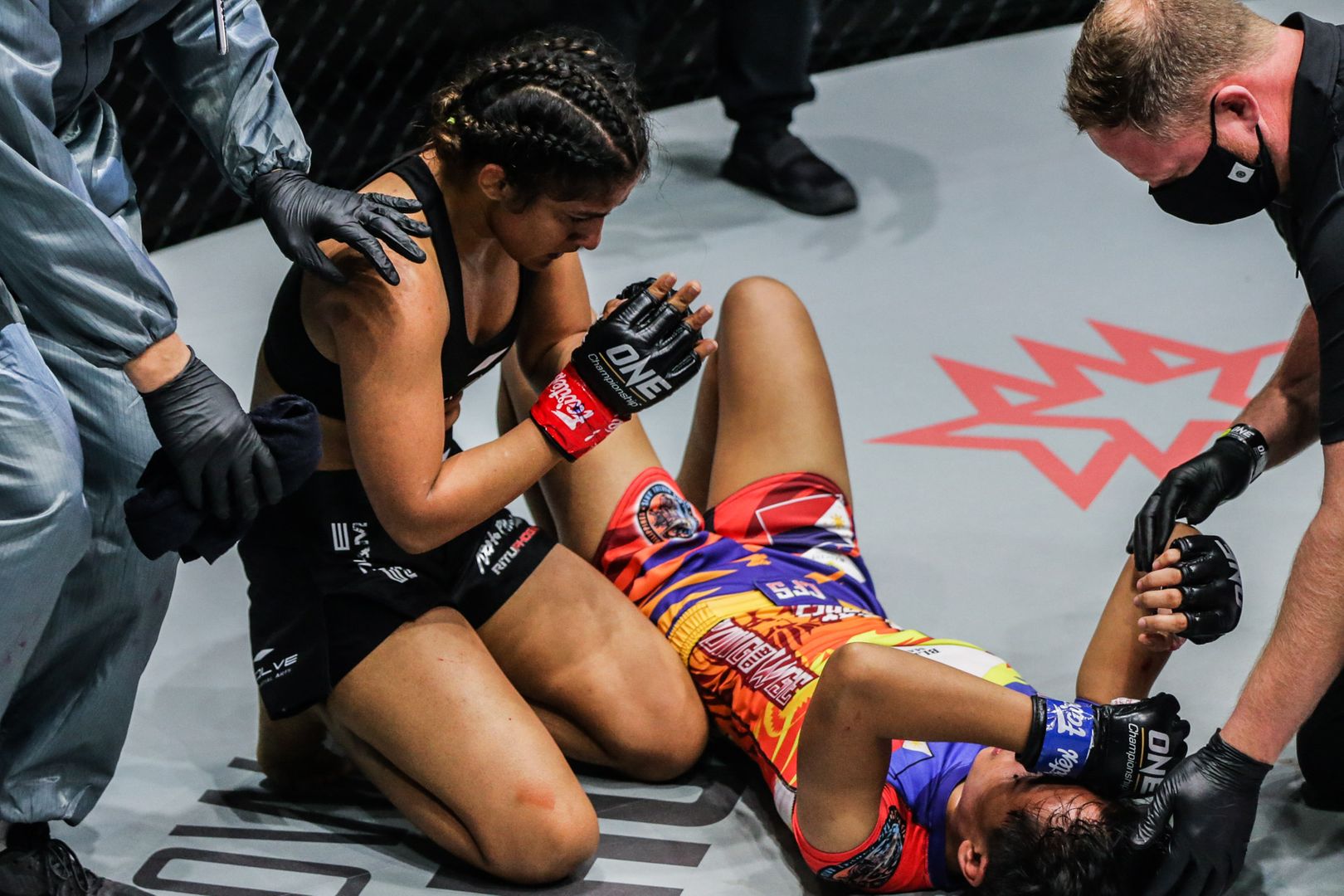 It was another flawless performance for Phogat, who remains undefeated and nudged herself closer to a spot in ONE’s Athlete Rankings.

“I feel amazing. I want to thank my Evolve team, my coaches, and my country who are watching me live. I fight for my country and my family,” Phogat said in her post-bout interview with Mitch Chilson.