Sparks fly whenever ONE Championship heads to the Thuwunna Indoor Stadium in Yangon, Myanmar, and that trend continued with ONE: REIGN OF VALOR on Friday, 8 March.

Zebaztian “The Bandit” Kadestam successfully defended his ONE Welterweight World Title against Georgiy “Knight” Kichigin in the main event, and the rest of the card featured a plethora of standout moments.

The world’s finest martial artists brought knockouts, submissions, action, and drama — all of which impressed the famously exuberant Yangon crowd.

With another stellar night in the books, here are the four best highlights from this spectacular event.

Kadestam put his ONE Welterweight World Title on the line against a dangerous adversary in Kichigin, who had not been defeated since 2014. Even though the Swede accomplished that feat and snapped his 14-bout win streak, “Knight” proved he belonged with the sport’s best.

The man from Kazakhstan wrestled well and put Kadestam in some precarious positions on the ground. Also, to the surprise of most, he landed some solid shots in the stand-up portions of the bout.

However, “The Bandit” is no stranger to overcoming adversity, and he kept himself in the contest with some good defense.

Towards the end of the second stanza, Kichigin pushed his rival to the fence to try and secure a takedown, but Kadestam stayed on his feet. Using his Muay Thai experience in close quarters, the Stockholm native landed some heavy elbows across the head and jaw of the challenger, which clearly hurt him.

Kichigin looked exhausted as he slumped in his corner in-between rounds, and he could not make it out for the third frame. That gave Kadestam another TKO win and the first successful defense of his World Championship.

Phoe Thaw swarms Yohan Mulia Legowo for a TKO finish at 4:56 of Round 1 to cap off a perfect night for Myanmar athletes! ????????

Phoe Thaw swarms Yohan Mulia Legowo for a TKO finish at 4:56 of Round 1 to cap off a perfect night for Myanmar athletes! ????????TV: Check local listings for global broadcast

Yangon’s own Phoe “Bushido” Thaw also had to stick it out in some tough spots on the canvas, as Indonesian mixed martial arts pioneer Yohan “The Ice Man” Mulia Legowo took him down and looked for a submission.

The Myanmar striker showed the improvements he has made in his submission defense, and found a way to reverse positions and work back to his feet.

“Bushido” escaped an Americana shoulder lock and then the ensuing armbar attempt from the Indonesian, who seemed to run out of ideas when he could not secure the finish.

Standing over his rival, Phoe Thaw dropped heavy ground and pound. Legowo tried to roll away, but the local hero chased him down and the shots continued until the referee stopped the bout with just four seconds remaining in the opening round.

Rene “The Challenger” Catalan took on the toughest opponent of his career and earned his biggest victory yet when he defeated former ONE Strawweight World Champion Yoshitaka “Nobita” Naito.

The Filipino’s continued evolution in the cage has been remarkable to watch. Naito is a consummate grappler and has used his ground skills to beat elite-level opposition, but “The Challenger” remained one step ahead.

Catalan was able to work his way back up from the early takedowns and, even as Naito kept up the pressure with his wrestling, the Filipino’s sprawl and head control allowed him to stay in a dominant position.

A big knee cut “Nobita” and made him desperate. Catalan remained strong with his hips, eventually trapped Naito’s left arm with his leg, and pummeled away with hard punches until the referee intervened.

ONE Super Series Thriller Lights Up The Prelims

At the top of the preliminary card was a ONE Super Series light heavyweight kickboxing match-up between Andrei “Mister KO” Stoica and Tarik Khbabez — two of Europe’s best strikers — and it delivered non-stop action for three full rounds.

Stoica looked sharp early, landing a solid jab and some low kicks, but ONE Super Series veteran Khbabez began to dial up the intensity. He walked his man down with furious boxing combinations and made sure to finish them off with thudding leg kicks at every opportunity.

The Romanian’s beard hid a chin made of granite, as he continued to fire back despite fierce offense from “The Tank.” He tried to jab and knee his shorter foe, but Khbabez could not be held off.

There were times when it looked like the Dutch-Moroccan’s punches would end the contest, but “Mister KO” stayed in it and refused to quit.

It made for an epic striking battle, with Khbabez taking the unanimous decision and extending his record with the promotion to 3-0. 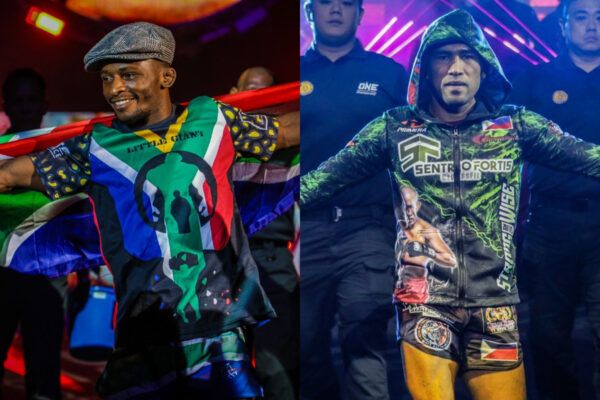