The Dutch-Moroccan powerhouse emerged with a clear-cut decision victory over his Romanian rival after three rounds of action, but Stoica certainly earned himself some new fans for his performance at ONE: REIGN OF VALOR in Yangon, Myanmar.

Stoica started well inside the Thuwunna Indoor Stadium, as he established his reach advantage with a solid jab and threw some good low kicks.

However, the 26-year-old known as “The Tank,” quickly found his range and looked to work inside with his trademark hooks and uppercuts.

Despite that, the Romanian’s timing was on point, and he sent an off-balance Khbabez tumbling by countering his low kick with a stiff jab.

The Dutch-Moroccan was not deterred, however. He pressed forward with ferocious boxing combinations to the body and head, and punctuated the combos with hard low kicks. 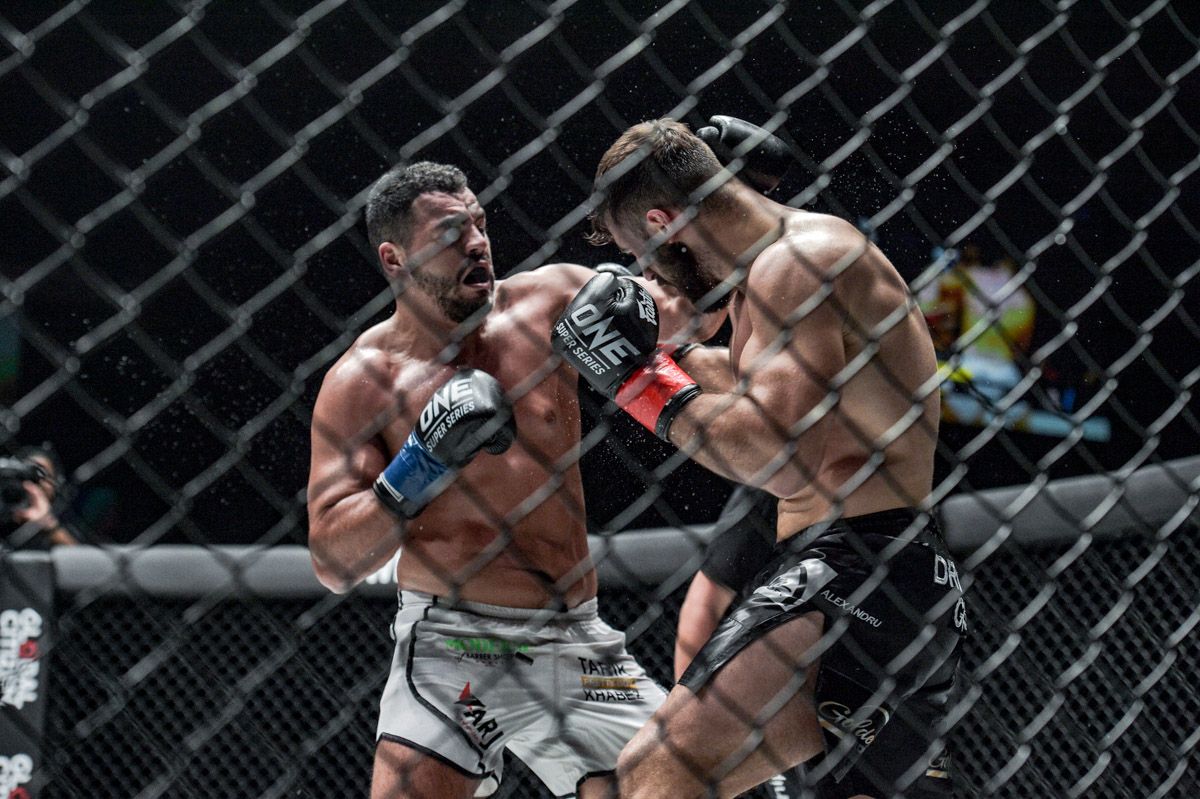 Khbabez rocked his foe with a solid uppercut at the end of round one, but “Mister KO” looked fresh coming out for the second.

The Romanian started with some sharp low kicks to the inside and outside of his rival’s thigh, but again, the ARJ Trainingen representative charged forward. He walked Stoica to the fence and unloaded with liver shots, hooks to the head, and uppercuts that cut right through the guard.

Although the 31-year-old fired back with knees and punches to stem the one-way traffic, another right wobbled him at the end of the frame. 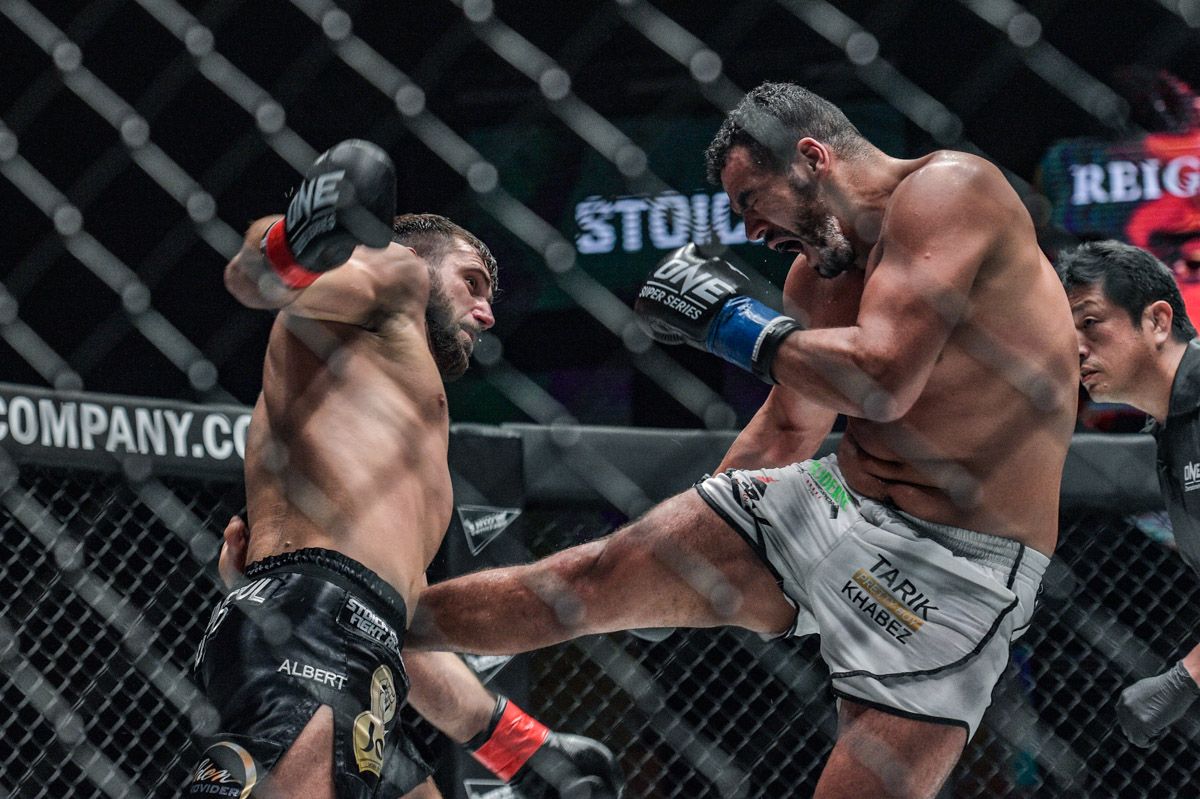 The pace was unrelenting, but both of the colossal strikers were still raring to go in the final stanza.

Khbabez really began to take over, as he ripped his opponent’s body and head with punches. Just when it seemed like Stoica was ready to fall, he responded with some more fire.

Ultimately, the Romanian was dominated through the final three minutes, and the judges took notice.

After three rounds of incredible action, the Dutch-Moroccan was awarded the unanimous decision victory. 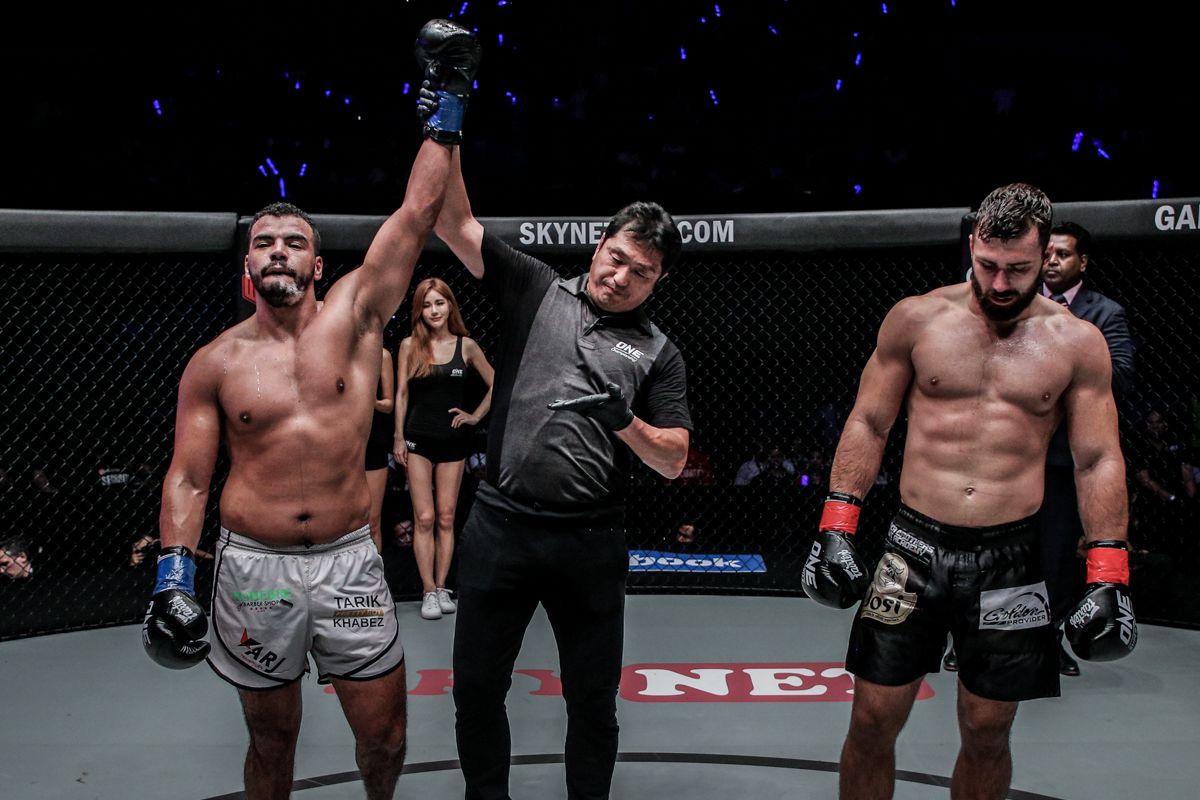 Khbabez moved his professional record to 45-4-1, and he is now 3-0 in ONE Super Series.

Stoica put forth a valiant effort. He displayed a solid chin and the heart of a lion, but in the end, he was unable to lift the victory.