With a partisan crowd at the Thuwunna Indoor Stadium cheering him on, the 34-year-old featherweight contender defeated Indonesian mixed martial arts pioneer Yohan “The Ice Man” Mulia Legowo at ONE: REIGN OF VALOR via TKO with only seconds to spare in the first round.

Phoe Thaw swarms Yohan Mulia Legowo for a TKO finish at 4:56 of Round 1 to cap off a perfect night for Myanmar athletes! ????????

Phoe Thaw swarms Yohan Mulia Legowo for a TKO finish at 4:56 of Round 1 to cap off a perfect night for Myanmar athletes! ????????TV: Check local listings for global broadcast

Known best for his signature kicks, Phoe Thaw wasted no time showing off his quick feet in the opening moments of the first round.

The aggressive attack with his kicks allowed “The Ice Man” to rush forward with a takedown attempt, but “Bushido” countered with a guillotine choke as the pair crashed down to the canvas.

Legowo was able to survive the submission attempt and once he worked his way free, the 38-year-old Solo, Indonesia resident advanced from the full mount position to the back mount.

He could not quite put Phoe Thaw away, however, as the Yangon hero scrambled back to his feet. 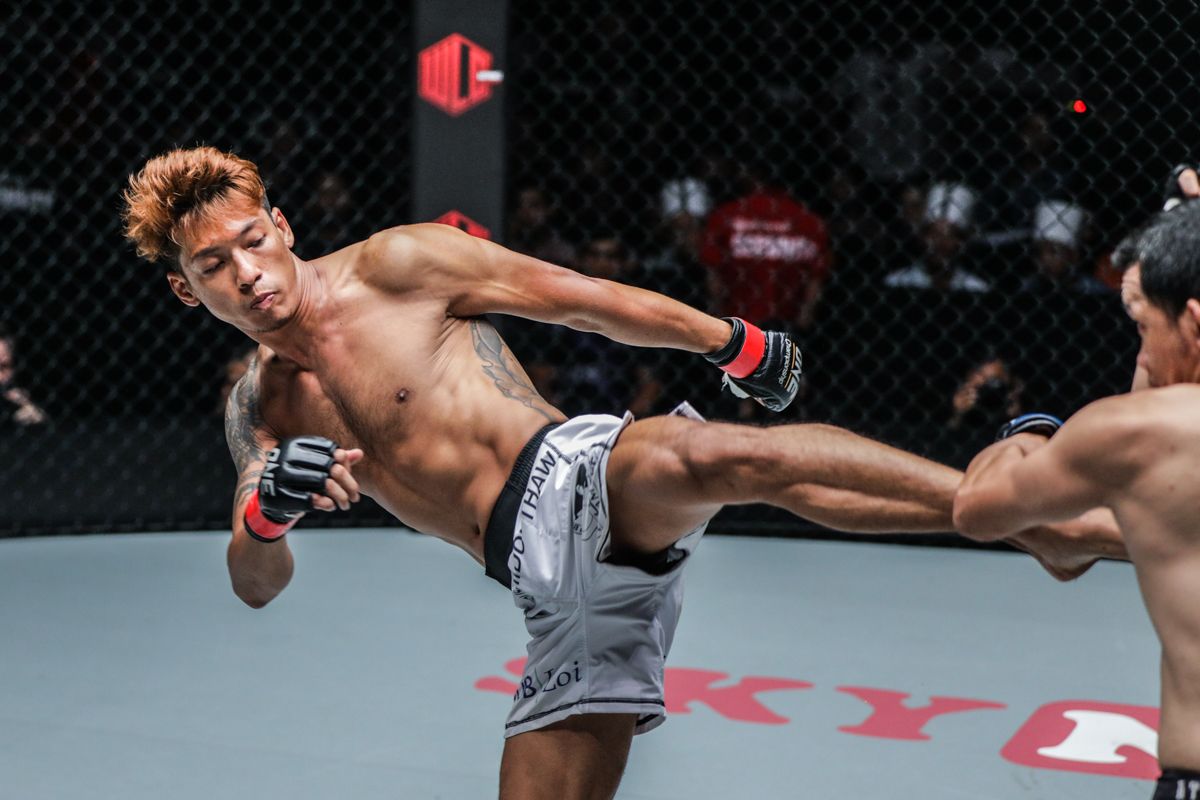 Phoe Thaw wanted to keep the featherweight mixed martial arts contest standing. But instead of inviting his rival into a striking battle, he used his reach to drop power shots from the top.

The punches started to do some serious damage and while the Myanmar star sought the finish, Legowo had one last stand to make. He grabbed the local favorite, rolled him onto the mat, and went for an armbar on the ground.

However, the man known as “Bushido” easily slipped free, and then stood over the Indonesian and started raining down punches with “The Ice Man” stuck underneath him.

With the shots landing with more impact and Legowo offering no signs of recovery, referee Olivier Coste swooped in to stop the bout. By that point, only four seconds remained in the opening stanza. 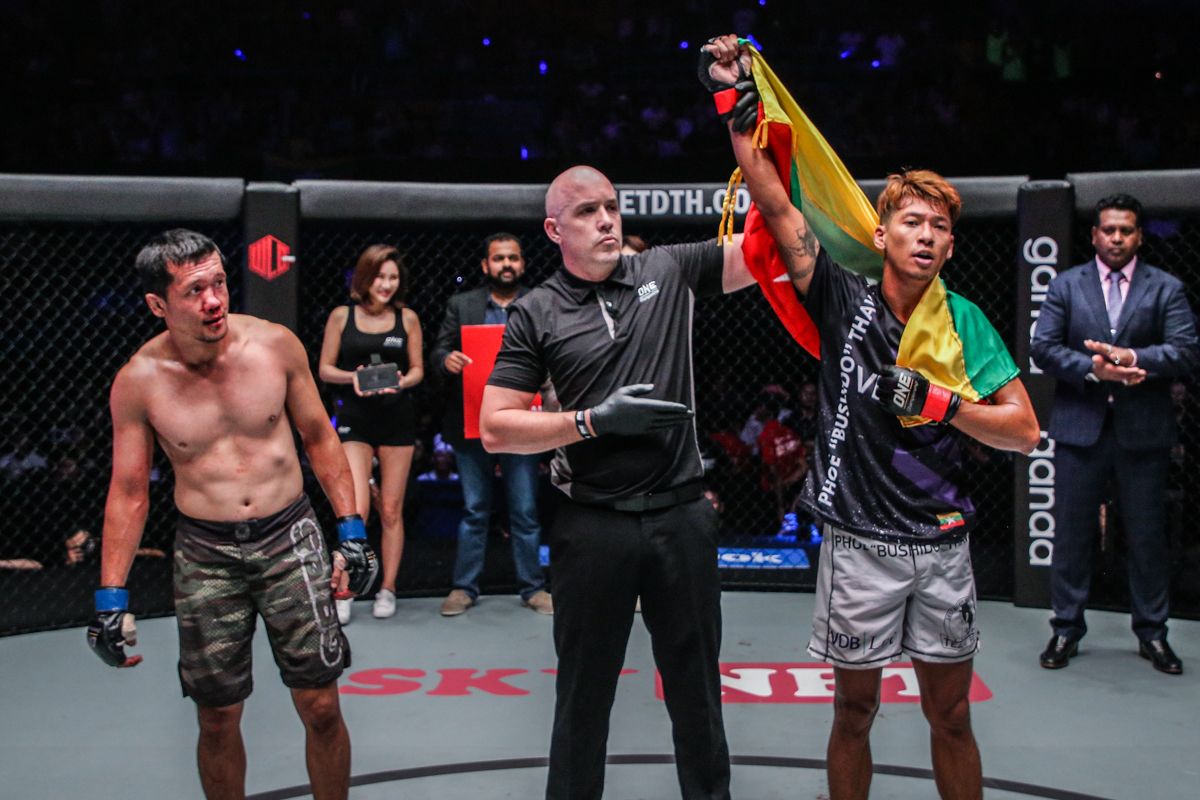 Phoe Thaw moved his record to 7-1 and earned his sixth first-round knockout victory. In his post-bout speech, he dedicated the win to his home country.

“My victory belongs to Myanmar,” he shouted to the crowd.

It was not long ago when the Yangon hero was knocking on the door of World Title contention. Now that he is back on track following his lone defeat in October, he could be working his way towards a shot at the gold in 2019.