In a village in the Northeast Thailand province of Nakhon Ratchasima, a 7-year-old Pongsiri PK.Saenchai Muaythaigym sat in front of his grandparents’ television set watching the country’s greatest Muay Thai fighters battle for glory.

As the legends of the “Golden Era” displayed their skills on national television, never did Pongsiri imagine that one day – almost 22 years later – his compatriots would be sitting in front of their television sets watching him battle for his own chance at glory.

But on 11 September, that’s exactly what will happen when the Thai star steps into the ring against Ireland’s Sean “Clubber” Clancy for a World Champion versus World Champion main event showdown at ONE: A NEW BREED II in Bangkok, Thailand.

Before the previously recorded show airs worldwide on Friday, Pongsiri recalls how he went from competing in the rural countryside to fighting the biggest names in the Thai capital.

“I was like other kids ages 6 and 7. I was just an ordinary kid playing around, walking around, and not thinking of anything much, really – but having fun,” the 29-year-old recalls of his life in Northeast Thailand.

“My grandparents loved watching Muay Thai matches, and they thought I should try it. They let me try in our village. Then I started boxing in temple fairs.”

However, Pongsiri confesses that at first, practicing and competing in Muay Thai was never something he imagined himself doing as a profession.

“I didn’t even like it when I first tried,” he admits. “But I started liking it after a few tries. I liked showing my weapons. I felt attracted to it.

“Then I realized that when I grew up, I could make money out of this career. I could take care of my family from doing this.”

And so, Pongsiri continued to build his name in a district that was only known for the local airport that shuttled the residents of Nakhon Ratchasima to Bangkok.

The young Thai did not know he’d be taking that very same route either. But first, there was another stop he needed to make.

“My training had changed. Everything changed. At that time, I traveled to places to do local fights.”

While Pongsiri was gaining experience in the former capital of the country, he was also growing physically. With that, it was time for him to venture another 80 kilometers south, where he could compete against bigger-name fighters at more popular venues. 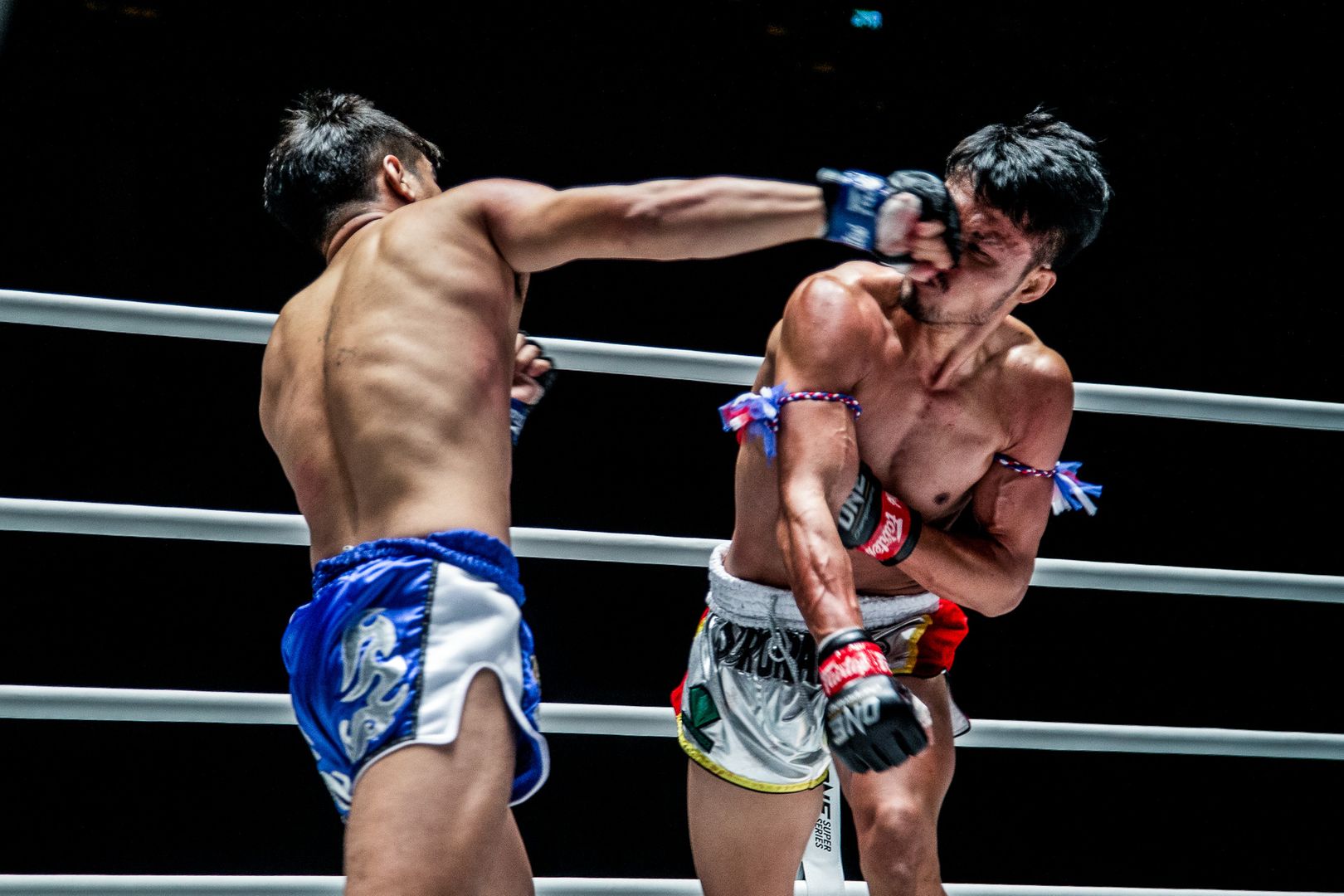 Like many Muay Thai enthusiasts who come to “The City Of Angels” to train for the first time, Pongsiri was nervous. In fact, he was so uneasy that he forgot how to execute even the most basic techniques.

“I was so excited that I didn’t do well at punching,” he says with a laugh while remembering his first training session at PK.Saenchai Muaythaigym.

That lack of success didn’t last long. Instead, Pongsiri’s punches became the weapon that catapulted his career.

After joining ONE Championship, Pongsiri displayed his World Champion character when he moved up in weight to challenge Petchmorakot Petchyindee Academy for the inaugural ONE Featherweight Muay Thai World Title with less than a week’s notice at ONE: WARRIOR’S CODE this past February.

Though he came up short against his countryman, he pushed his bigger foe all the way to the final bell.

In March, he became the Omnoi Stadium Welterweight World Champion, and then he returned to The Home Of Martial Arts at ONE: NO SURRENDER II, where he dropped a razor-thin split decision to Sorgraw Petchyindee Academy – but again, at a higher weight class.

That inspired Pongsiri to make a pivotal change. He decided to move down a division to his more natural weight class, so fans should expect to see a quicker version of the PK.Saenchai Muaythaigym representative when he meets Clancy, a WBC World Champion, in a ONE Super Series Muay Thai bantamweight tilt.

Regardless of how the fight turns out, the Thai is pleased with all that he has achieved in the sport he’s come to love. At the same time, fans around the globe should expect to see much more from the man who started off as an observer and became a conquerer.

“I’m really glad and proud of myself to have come this far,” Pongsiri says. “Now, my goal is to win the belt in ONE Championship. I still have a chance to get it.”