On Friday, 14 August, Sorgraw Petchyindee Academy proved that height – when used properly – is indeed a big advantage in the ring.

The Petchyindee Academy representative used his 11-centimeter height advantage to earn a split-decision victory over Pongsiri PK.Saenchai Muaythaigym in their ONE Super Series Muay Thai featherweight showdown at ONE: NO SURRENDER II in Bangkok, Thailand.

The two men exchanged strikes early on, but Sorgraw quickly began to pick his opponent apart with jabs and lead rights. Pongsiri did have his moments as he landed his patented leg kicks. Also, his straight left stumbled Sorgraw backward just before the end of the round.

That wouldn’t deter the Petchyindee Academy standout, however.

In the second round, Sorgraw continued to flaunt his reach over his 29-year-old compatriot. Although the PK.Saenchai Muaythaigym star landed with combinations each time he closed the distance, the 27-year-old always made sure he took back control. 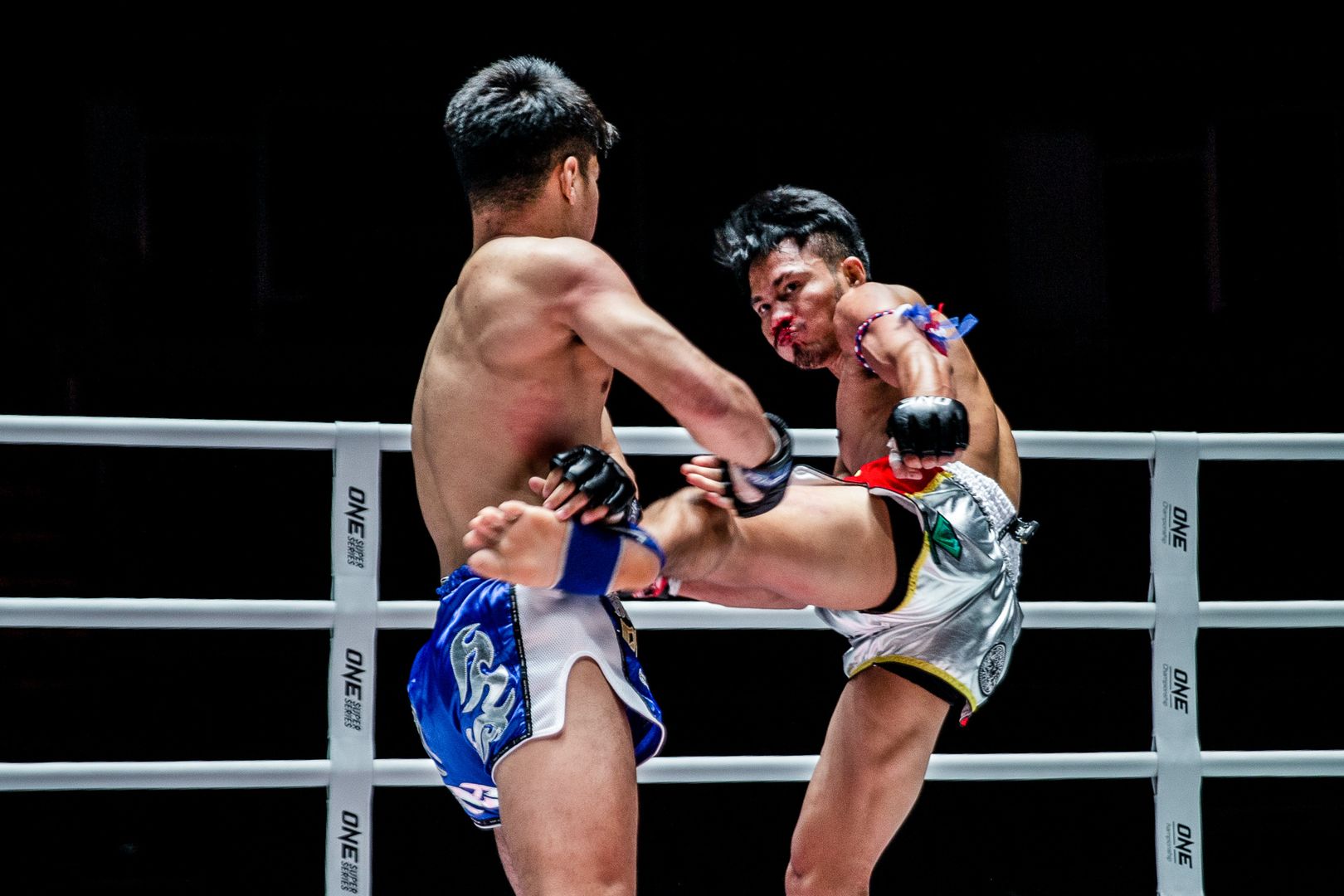 Just before the stanza ended, the Petchyindee Academy standout caught Pongsiri’s body kick and scored with an overhand right. That foreshadowed what was to come in the final period.

In the third and final frame, the PK.Saenchai Muaythaigym athlete never had the chance to close the distance like he had in previous rounds.

Sorgraw stayed on the outside and knocked off his shorter opponent with jabs and rights. When Pongsiri did try to advance, the Buriram native kept his arm extended and his hand in his rival’s face. 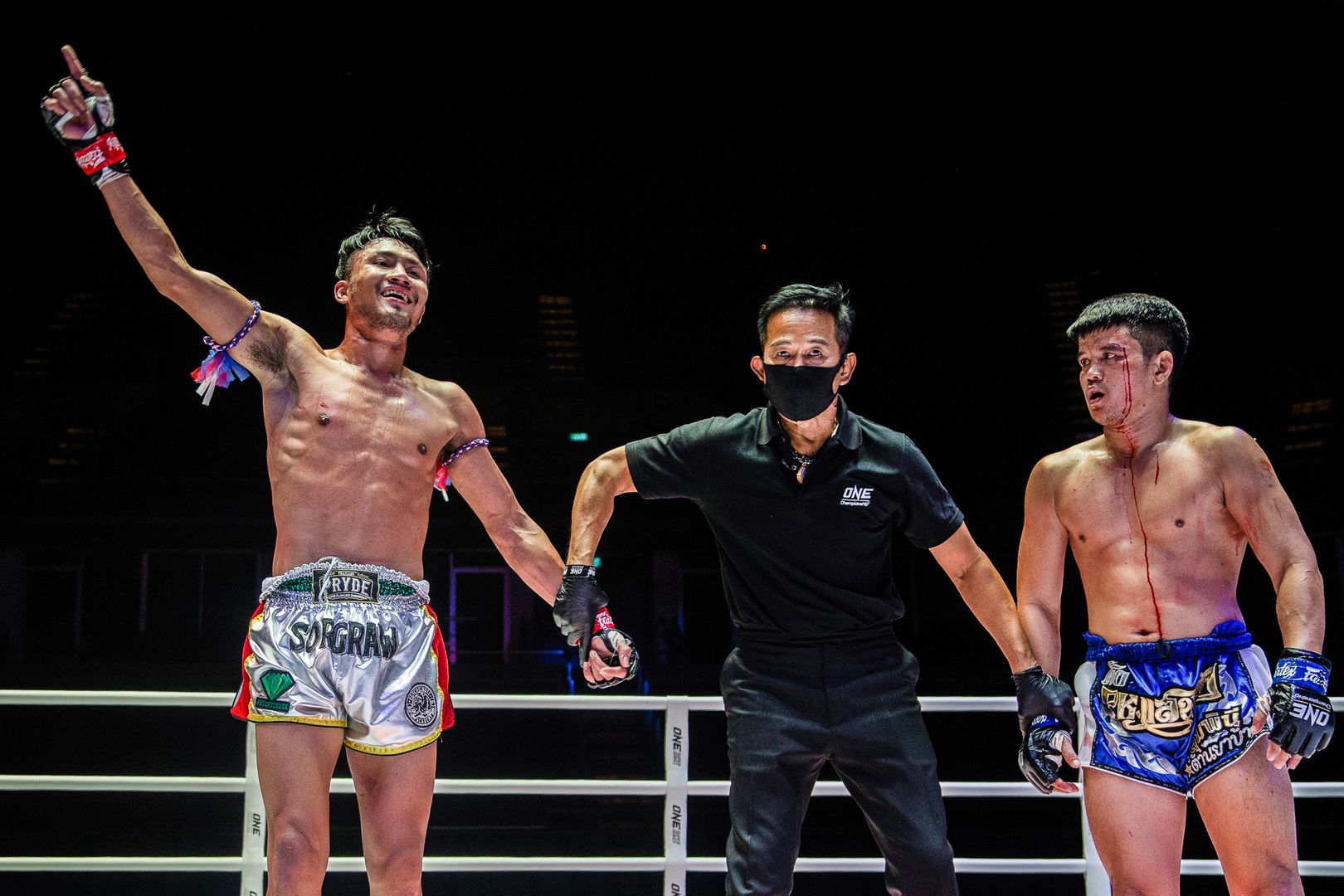 Following three rounds of action, Sorgraw had his arm raised and earned a split decision.

This victory gives him his third win in ONE Super Series, pushes his overall record to 38-18, and proves that he is a real threat in the featherweight division.