Jenny “Lady GoGo” Huang (5-2) has taken a long, hard look into the mirror.

Following an undefeated run to start her professional mixed martial arts career, she had her perfect record smashed to pieces in 2017. First, she lost to ONE Women’s Atomweight World Champion “Unstoppable” Angela Lee, and then she fell to top contender Mei “V.V.” Yamaguchi.

However, Huang believes her past failures have only made her stronger.

“When you have been through failure, you will have more confidence next time,” the 27-year-old says.

“I am not the type of person who lacks a view of the future. Some people will lose the ability to fight once they lose, but I do not. Once I fail, it gives me a different view of myself. It is like a mirror, where I can see clearly about many things, and I think that has made me a stronger person.” 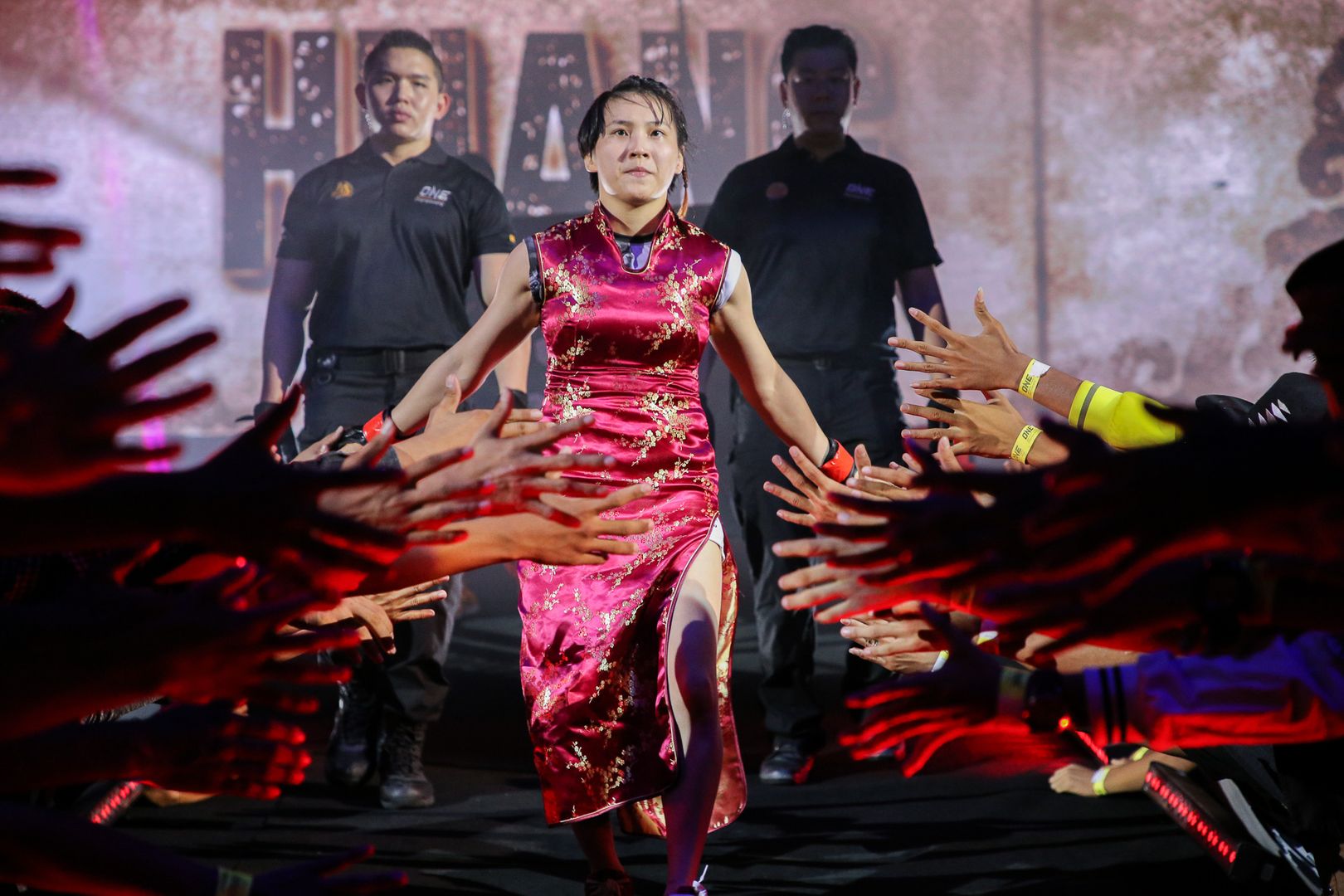 Huang is prepared to display this stronger version of herself to the world on Friday, 20 April. She will meet the Philippines’ Gina “Conviction” Iniong (6-3) at ONE: HEROES OF HONOR.

The event takes place at the Mall Of Asia Arena in Manila, and “Lady GoGo” knows this is an ideal opportunity to remind both the promotion, and the crowd, just how talented she truly is.

“It is very important, because it has been a while since my last fight,” Huang says.

Huang kicked off her career in stunning fashion. She won her first five bouts, finishing three of her opponents via submission, including Iniong’s Team Lakay stablemate April Osenio via gogoplata in December 2016.

That victory, in particular, earned her the nickname of “Lady GoGo,” as well as a shot at Lee’s ONE Women’s Atomweight World Championship in March 2018. Although Huang showed heart in that world title clash, she fell to Lee via third-round TKO.

She tried to bounce back against a BJJ black belt in Yamaguchi later that June, but was submitted via rear-naked choke in the second round of their battle.

Reflecting on the bout nine months later, Huang admits she lost concentration, and that her emotions and judgment negatively affected her performance.

“I was really confident before that match. I thought I had it all together, and that I would totally win it. But Mei is so good on the ground,” she explains.

“I focused too much on the stand-up. I was trying to avoid fighting with her on the ground, because I know she is so good at it. But I did not pay enough attention, and did not even notice she got me in the submission.

“I need to say, the mood and mentality is really important, because I let down my guard. I trusted in myself so much that it caused the fault of my feet, and I suddenly lost the game. So I have had to learn how to adjust my mood and attitude in the fight. That is the key.” 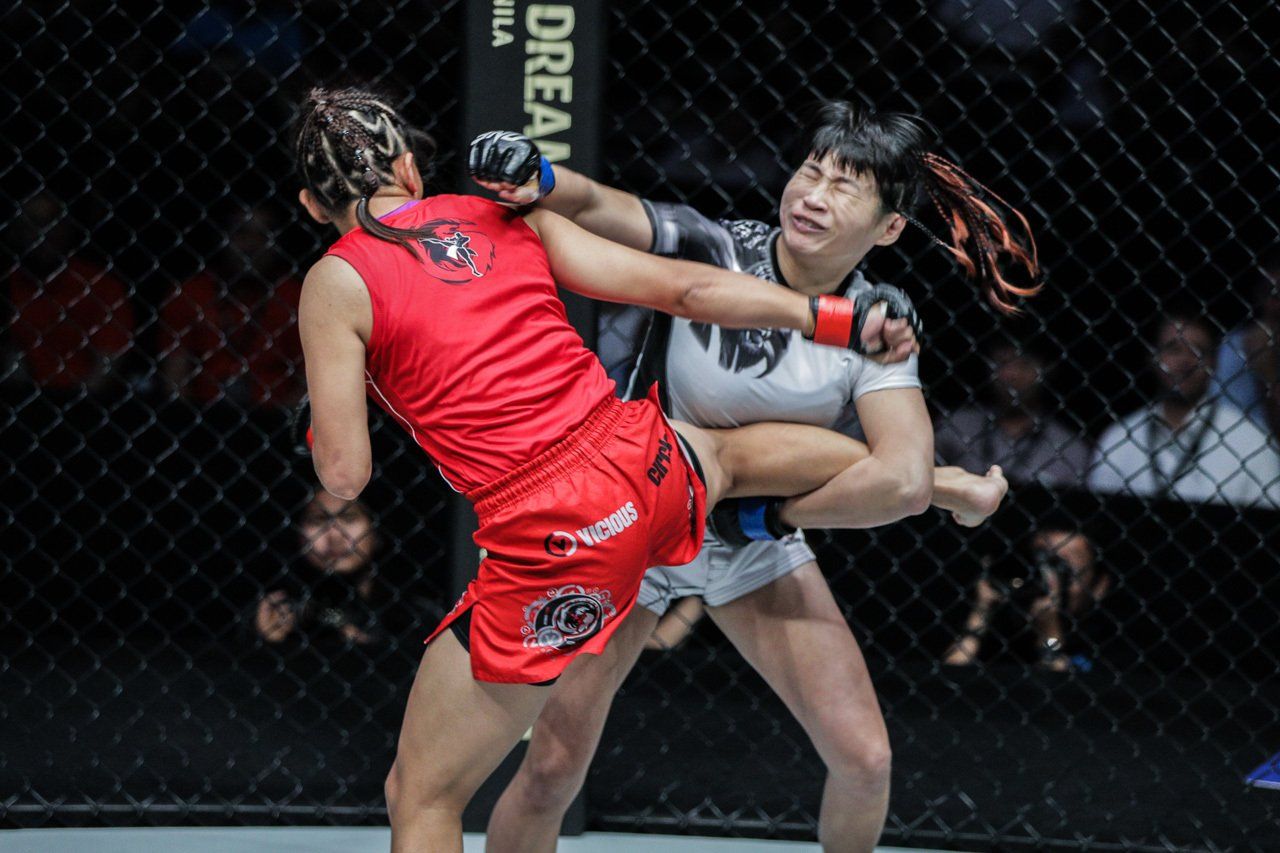 After the loss, Huang spent the next couple of months training in Japan, and then returned home in September, where she continued to embark on her self-improvement as a martial artist.

Now, she is ready to reemerge. She draws a tough return against Iniong, and will challenge the Filipina in front of her opponent’s compatriots.

In 2017, Iniong had a different, yet similar career trajectory.

Unfortunately for Iniong, her meteoric rise came to a screeching halt two weeks later. She accepted a short notice bout against Yamaguchi, who bested her over three rounds to earn a unanimous decision.

Both women will attempt to restart their ascension back towards world title contention in Manila, but there is additional layer of intrigue is the stylistic match-up. 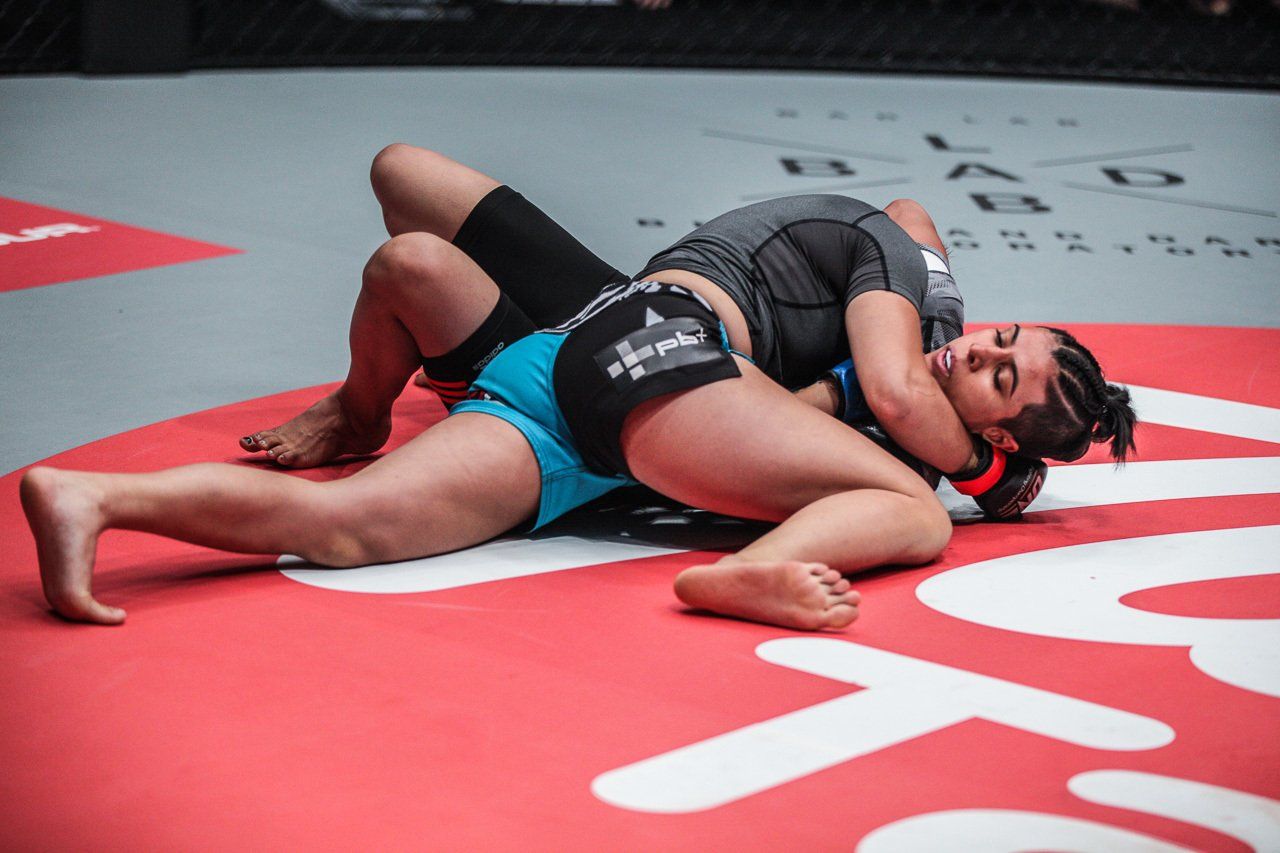 Huang is a black belt judoka with an affinity for Brazilian jiu-jitsu, whereas Iniong is a six-time Philippine national wushu champion with improved wrestling.

This bout is a classic striker versus grappler contest, and this time, Huang believes the grappler will emerge victorious.

“Gina is an all-arounder. She can strike, she can wrestle, and she has her balance,” Huang says.

“I focused on my ground skills and on jiu-jitsu, so I think I can still have a shot to beat her. I think my BJJ is better than hers now. Maybe I am still not good at wrestling, but I think I will try my best to TKO her on the ground.”