In a back-and-forth battle between two former ONE Women’s Atomweight World Championship challengers, Japan’s Mei “V.V” Yamaguchi and Chinese Taipei’s Jenny Huang brought the crowd to their feet with a spectacular show. In the end, Yamaguchi earned her first victory in ONE Championship with a masterful showcase of grappling.

The two women went to war in a gruelling showdown on the main card of ONE: LIGHT OF A NATION, which took place Friday, 30 June, at the Thuwunna Indoor Stadium in Yangon, Myanmar.

In the first round, Yamaguchi and Huang patiently sized each other up with carefully placed strikes. The big right hand was a factor for Yamaguchi early, with Huang opting to retaliate each time with punching combinations. Late in the round, Yamaguchi scored on a takedown, and continued to pile on the pressure from guard.

In the second round, the two warriors upped the pace, as Yamaguchi wasted no time in sending matters back to the ground, finding herself in Huang’s guard once again. 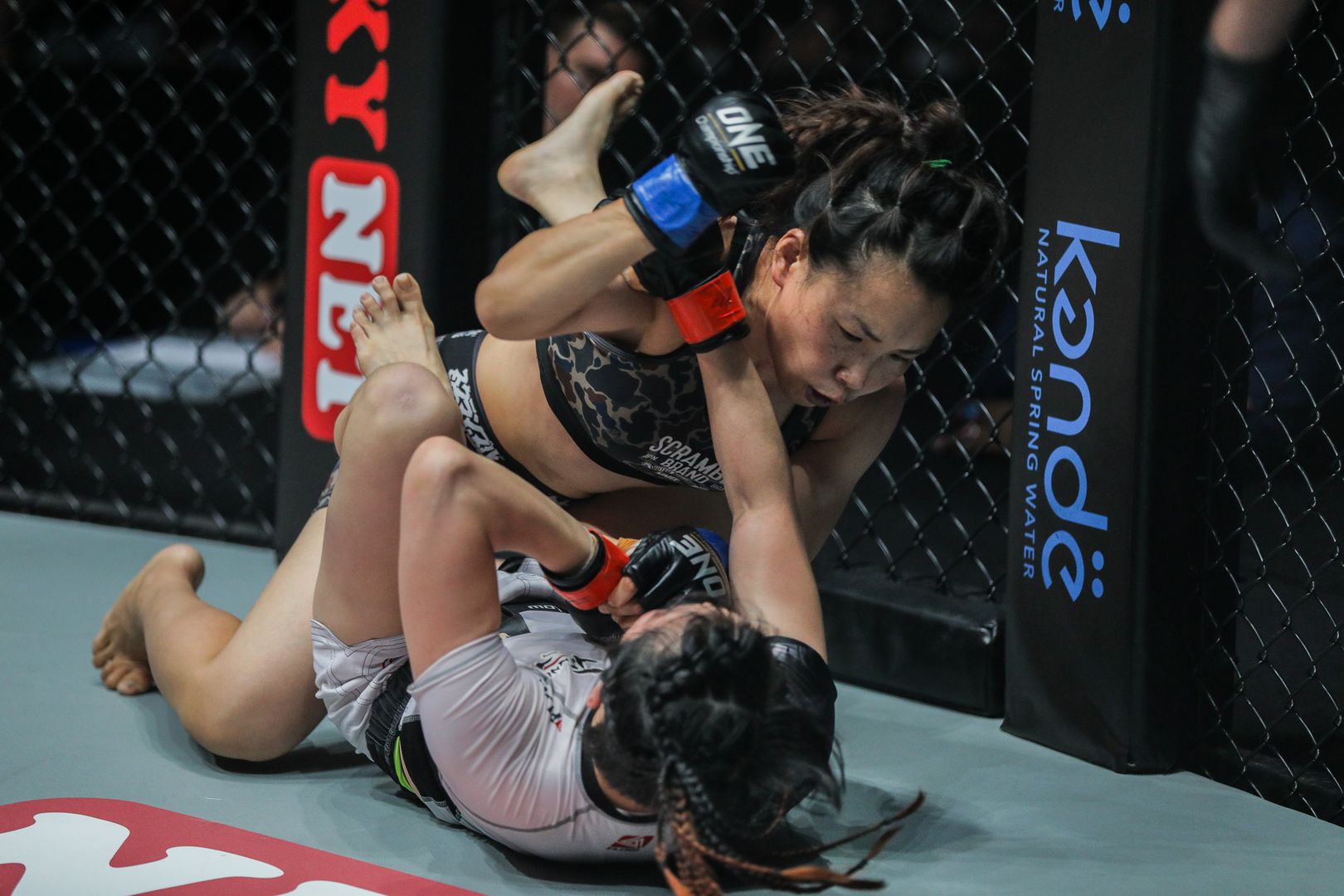 As Yamaguchi passed guard, sliding into full mount, she immediately battered Huang with heavy strikes, which forced Huang to give up her back. Yamaguchi took immediate advantage and sunk in a rear-naked choke to force the tap. The end came officially at 4:00 minutes of round two.

It was Yamaguchi’s first victory since joining ONE Championship in May of 2016. After two heartbreaking setbacks, Yamaguchi finally had her hand raised inside the ONE Championship cage, and it came against an extremely tough opponent in Huang.

Much was expected of Yamaguchi after a tough five-round loss to reigning champion Angela Lee for the inaugural ONE Women’s Atomweight World Championship last year. However, in the bout shortly after, Yamaguchi once again fell to defeat, losing to Brazilian Muay Thai champion Istela Nunes in a close split decision.

Yamaguchi, with over 10 years of professional experience, possesses some of the most well-rounded skills in the promotion. The victory over Huang proved just that.

With the victory, Yamaguchi improves her record to 16-10-1, while Huang drops to 5-2, with back-to-back defeats.