On Friday, 24 November, Japan’s Mei “V.V.” Yamaguchi cemented her position as the top contender for Angela Lee’s ONE Women’s Atomweight World Title. The Japanese DEEP Jewels champion scored a dominant victory over the Philippines’ Gina “Conviction” Iniong at ONE: IMMORTAL PURSUIT in Singapore.

Yamaguchi was originally scheduled to face Lee in the main event, but after the reigning world champion was forced off the card due to injury, “V.V.” instead faced former foe Iniong, who had beaten her via razor-thin split decision in a 2014 contest.

The former ONE Women’s Atomweight World Title challenger, Mei Yamaguchi, shows just how ready she is for another shot at the title.TV: Check local listings for global broadcast | PPV: Official Livestream at oneppv.com

This time, Yamaguchi took the spoils, as she claimed the win via unanimous decision after three rounds of action.

The bout offered a fascinating clash of styles, with Iniong looking to keep things standing where she could use her wushu championship striking, and Yamaguchi looking to take things to the ground, where she could apply her signature ground and pound.

After some early pressure from Iniong, “V.V.” took the Filipina to the mat, pulling guard and switching to top position, where she scored with some powerful elbows from guard. However, an illegal upkick from Iniong halted the Japanese contender’s momentum, as referee Olivier Coste paused the action to allow her some time to recover. It was a case of rinse and repeat for Yamaguchi in the second stanza, as she once again took the Filipino to the mat and maintained top position, landing strikes while constantly looking to advance position in search of a submission.

After initially working for an Americana armlock, Yamaguchi transitioned to mount, then into an arm-triangle choke. It seemed a submission was imminent, but the determined Iniong did just enough to fend off the attempt, and make it to the third round.

Iniong knew she needed to keep things standing in the final round to give her a chance of victory, and the Team Lakay product smartly avoided Yamaguchi’s attempt to pull guard once again as the round began. 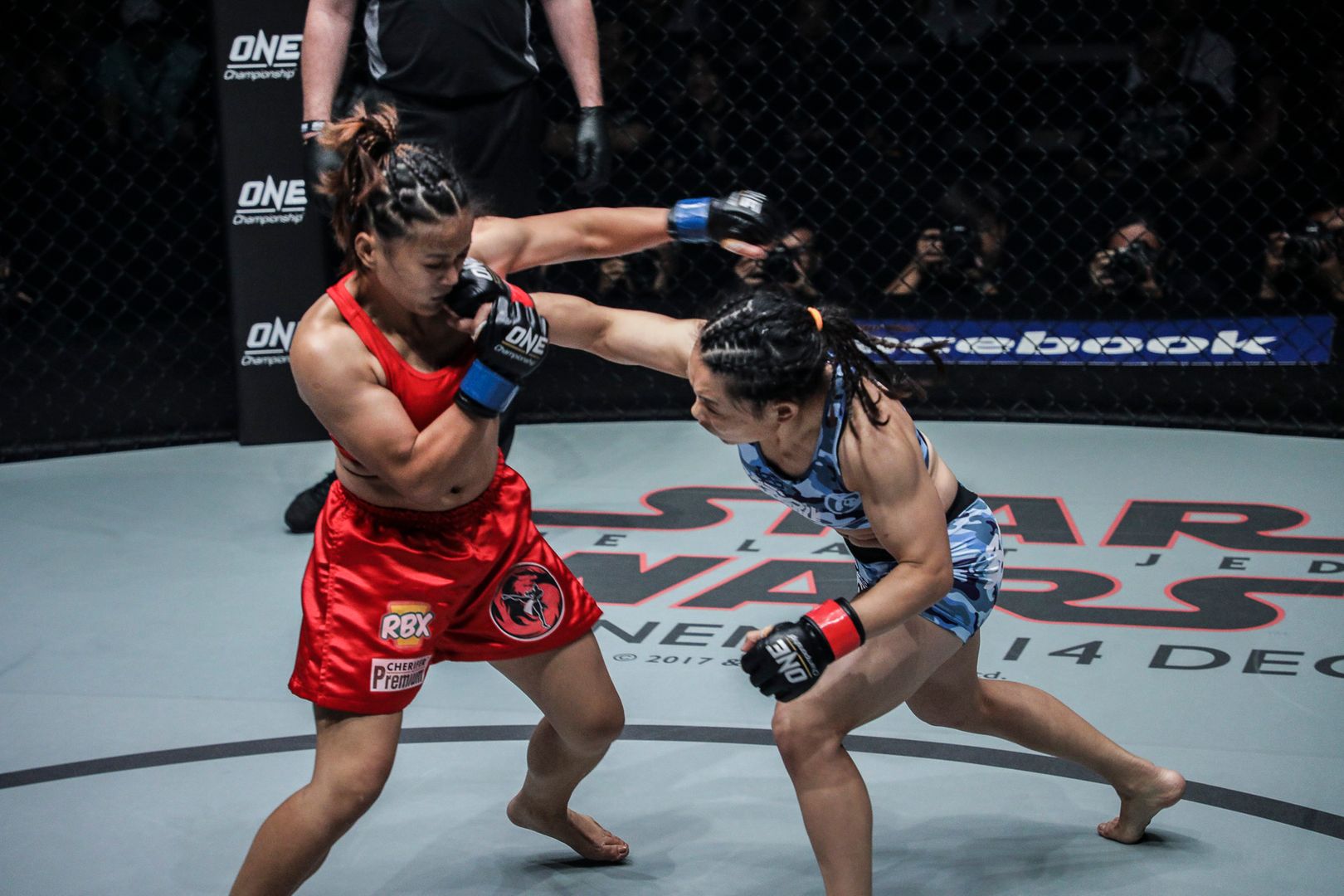 With “Conviction” looking to find a home for her favored straight right, Yamaguchi showed composure and confidence of her own.

The Japanese contender remained standing and striking with the six-time Philippines wushu national champion, before taking her opponent to the mat and asserting her dominance once more as the bout went all the way to the judges.

The verdict handed Yamaguchi a clear victory — the 17th of her career — and paved the way for the Japanese contender to finally face Lee in the much-anticipated title rematch, perhaps when ONE returns to Singapore on 18 May.

Yamaguchi now sits at 17-10-1, while Iniong, who previously won at ONE: LEGENDS OF THE WORLD just a few weeks ago, falls to 6-3.