Gina “Conviction” Iniong had been waiting for years to join the ranks of ONE Championship.

The 27-year-old Filipina finally accomplished that feat on Friday Night, 21 April, when she made her promotional debut at ONE: KINGS OF DESTINY. In front of her compatriots in Manila’s Mall Of Asia Arena, she dominated Natalie “The Kilapino” Gonzales Hills en route to a unanimous decision victory.

Iniong set the pace from the opening bell, as she constantly put Hills on the defensive. “The Kilapino” landed a solid jab-cross in the early going, and caught one of her rival’s many leg kicks, but the Team Lakay product cleverly clinched Hills against the fence, delivered some sharp knees, and threw her across the cage with an immaculate belly-to-belly suplex.

Throughout the rest of the first frame, “Conviction” peppered Hills with strikes, kneed her against the cage, and connected with a pair of explosive takedowns. 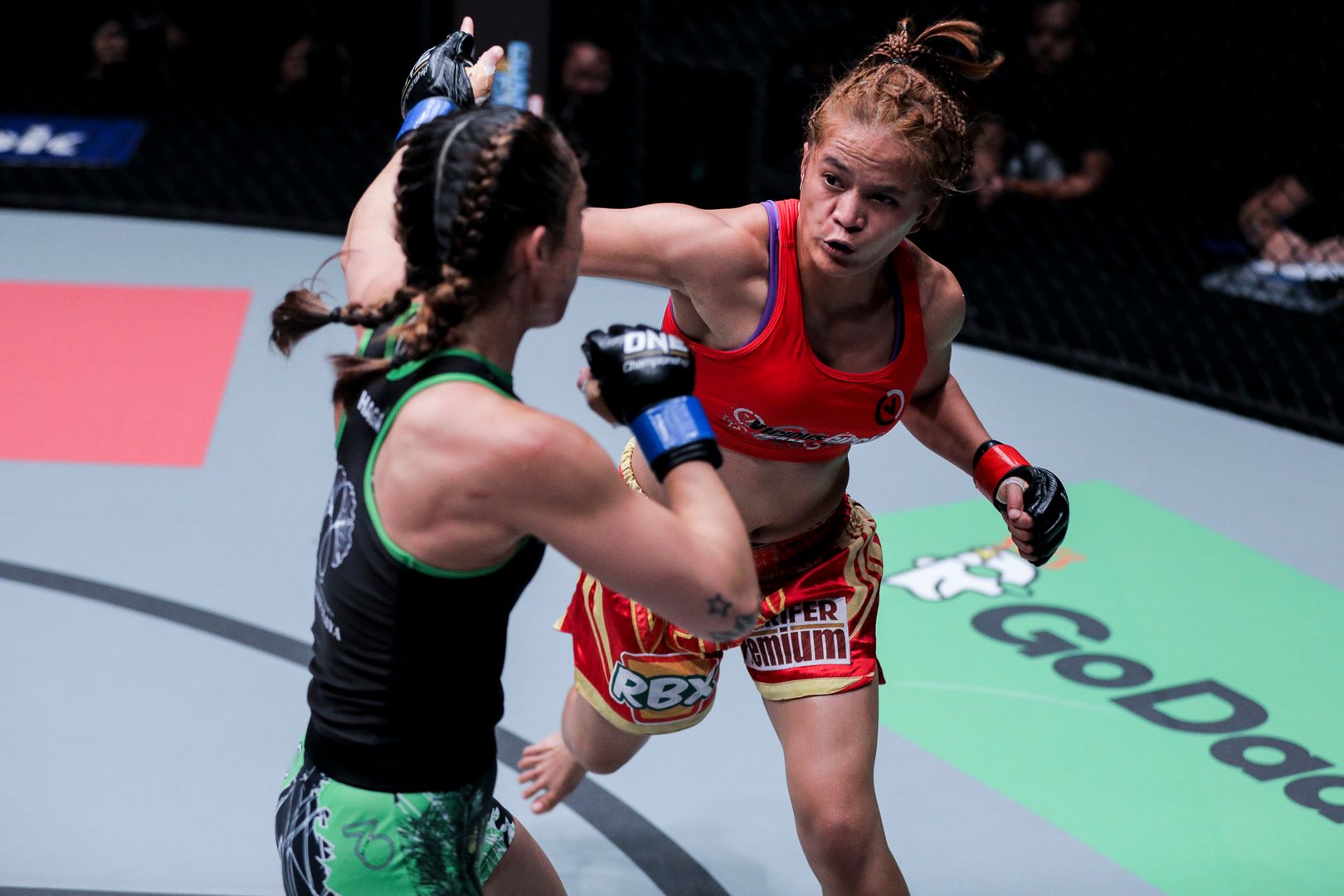 During the second stanza, Iniong let her hands fly even more. She countered the 29-year-old Hills’ jabs and kicks with powerful crosses, and eventually mixed it up with beautiful combinations. With under two minutes to go in the round, “Conviction” floored her fellow Filipina with a massive right hand, which sent Hills flying to the cage wall. The Baguio City native initiated the clinch again, and displayed some more of her masterful strikes against the fence.

Although Hills amped up her offense in the third round, with more strikes and even a takedown attempt of her own, the Iniong proved to be too much for her. “Conviction” continued to get the better of the striking exchanges, and smoothly hip-tossed “The Kilapino” for good measure. When the three-round affair concluded, all the judges scored it for Iniong. 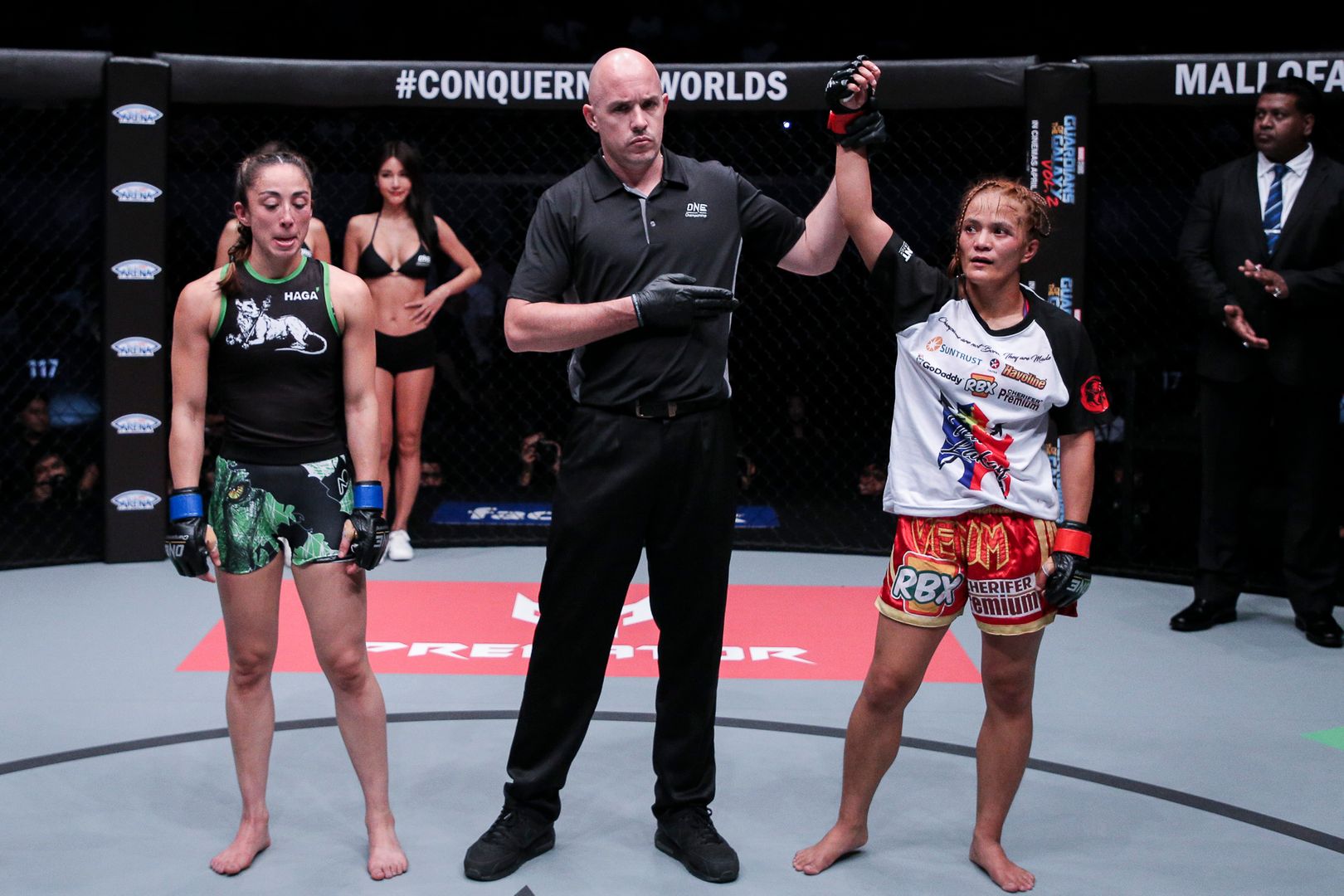 “Conviction” had an immaculate promotional debut, and moved her overall MMA record to 5-2. As for Hills, she slips to 1-5. She is now on a five-fight skid, and leaves the Mall Of Asia Arena with more questions than answers.