Being tough is a prerequisite to compete at the highest level of combat sports, but a handful of special athletes can absorb powerful strikes and continue moving forward.

Durability in martial arts comes from a blend of physical and mental fortitude, which combine to help some fighters survive — and even thrive — in the face of their opponent’s offensive firepower.

With that in mind, here are five ONE Championship stars who’ve showcased their iron chins during mixed martial arts, Muay Thai, and kickboxing battles.

It’s easy to see why Rodtang Jitmuangnon became known as “The Iron Man.” The ONE Flyweight Muay Thai World Champion is so durable that he often appears to be protected by an invisible suit of armor.

With a 10-0 slate in ONE Super Series, the Thai’s grit has carried him to phenomenal success inside the Circle. In that time, he’s never been dropped — or even looked close to it — despite facing some seriously heavy hitters.

Perhaps the most unnerving aspect for opponents is that Rodtang doesn’t just absorb strikes; he’s seemingly powered up by them.

The Thai warrior will often walk toward his opponents while tapping his chin to invite their best shot. When they do, he’ll smile and then fire back with twice as much venom.

With a head like a concrete block, “The Iron Man” is truly the king of the chins. 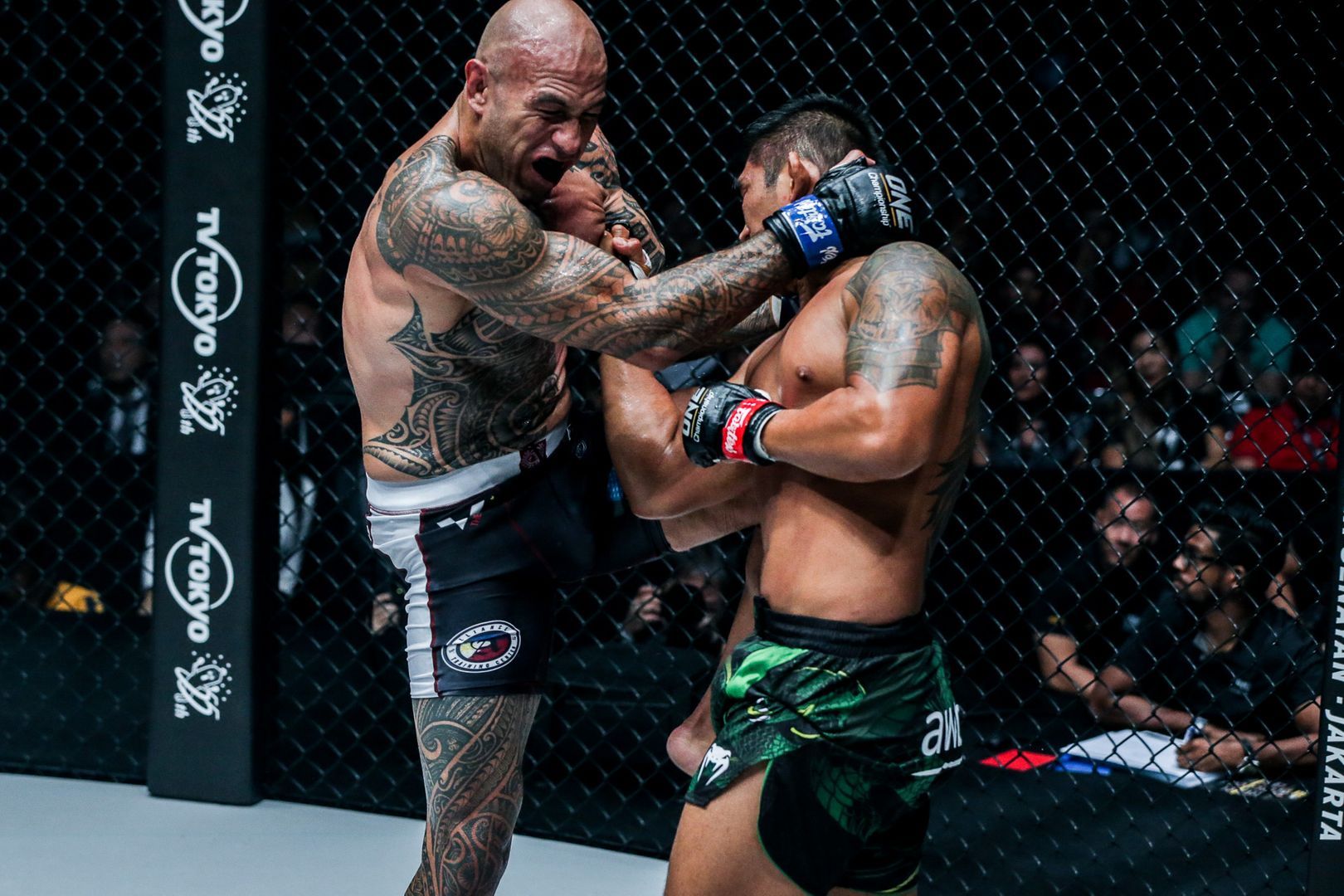 Aung La “The Burmese Python” N Sang has competed in various different weight classes — even famously facing Alain “The Panther” Ngalani in an open weight bout back in 2017 — and he’s never been finished via strikes on the global stage.

In fact, the Myanmar hero has done the finishing, scoring six knockouts in his 11 ONE victories.

That doesn’t mean he hasn’t had to overcome adversity or strong opposition. Aung La N Sang has taken on top opponents with plenty of power in their strikes, but he’s always been able to take the shots and keep firing back.

“The Burmese Python” showcased that durability in his epic five-round slugfest with Ken Hasegawa at ONE: SPIRIT OF A WARRIOR and during his battle with former ONE Heavyweight World Champion Brandon “The Truth” Vera at ONE: CENTURY PART II.

Vera had dispatched all of his previous heavyweight rivals by KO in the first round, but Aung La N Sang met him in the middle, exchanged punches, kicks, knees, and elbows, and came out on top with a second-round TKO. 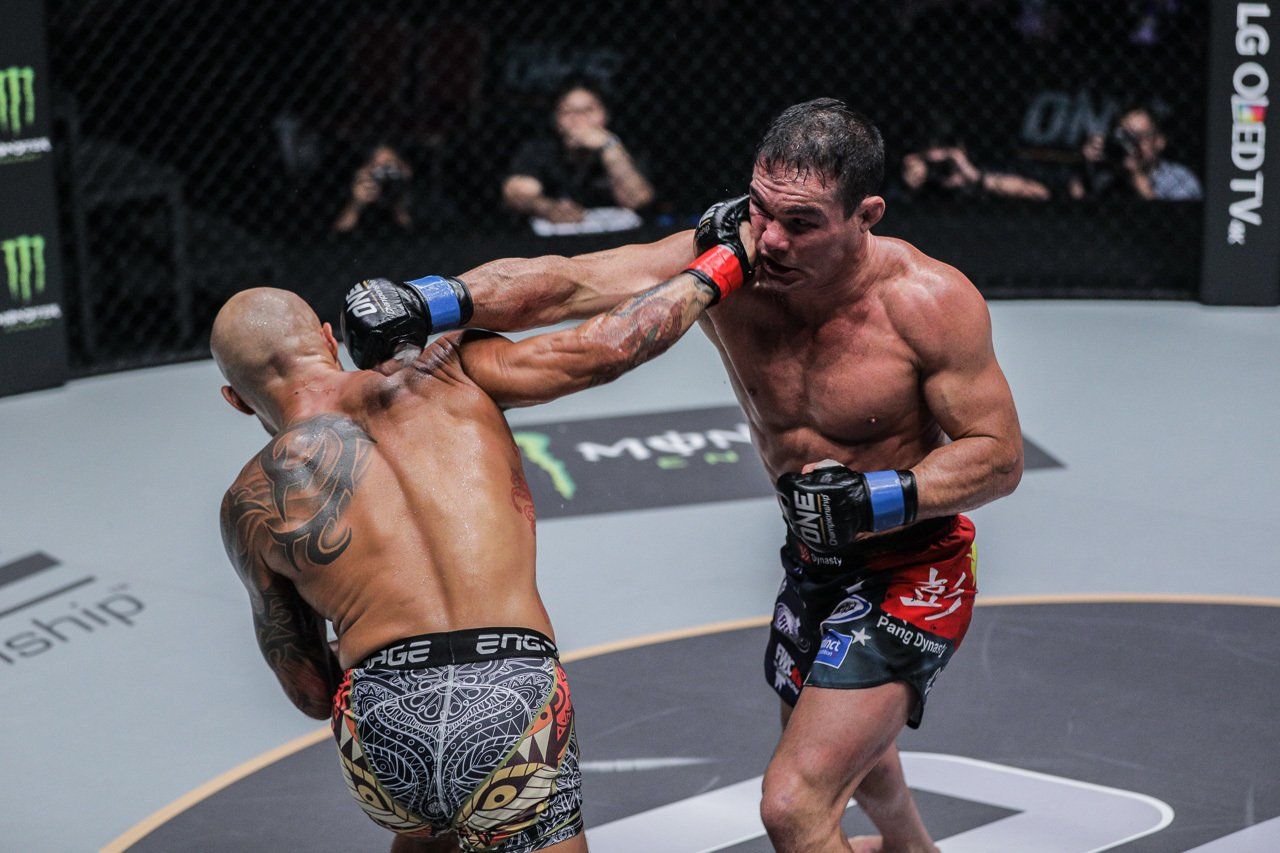 With a reputation for insane durability and gameness, Adrian “The Hunter” Pang has always been able to push his opponents to their limits.

Punishing strikers such as Eduard “Landslide” Folayang, Amir Khan, and Honorio “The Rock” Banario all tried to put the Papua New Guinea native away, but his chin never faltered.

Pang has a compact, muscular frame with a neck like a tree trunk that no doubt helps to mitigate the impact of his rivals’ strikes.

Aside from one stoppage due to an eye injury, “The Hunter” has never been finished in his eight-bout promotional tenure, and his courage and toughness left fans in awe time after time. 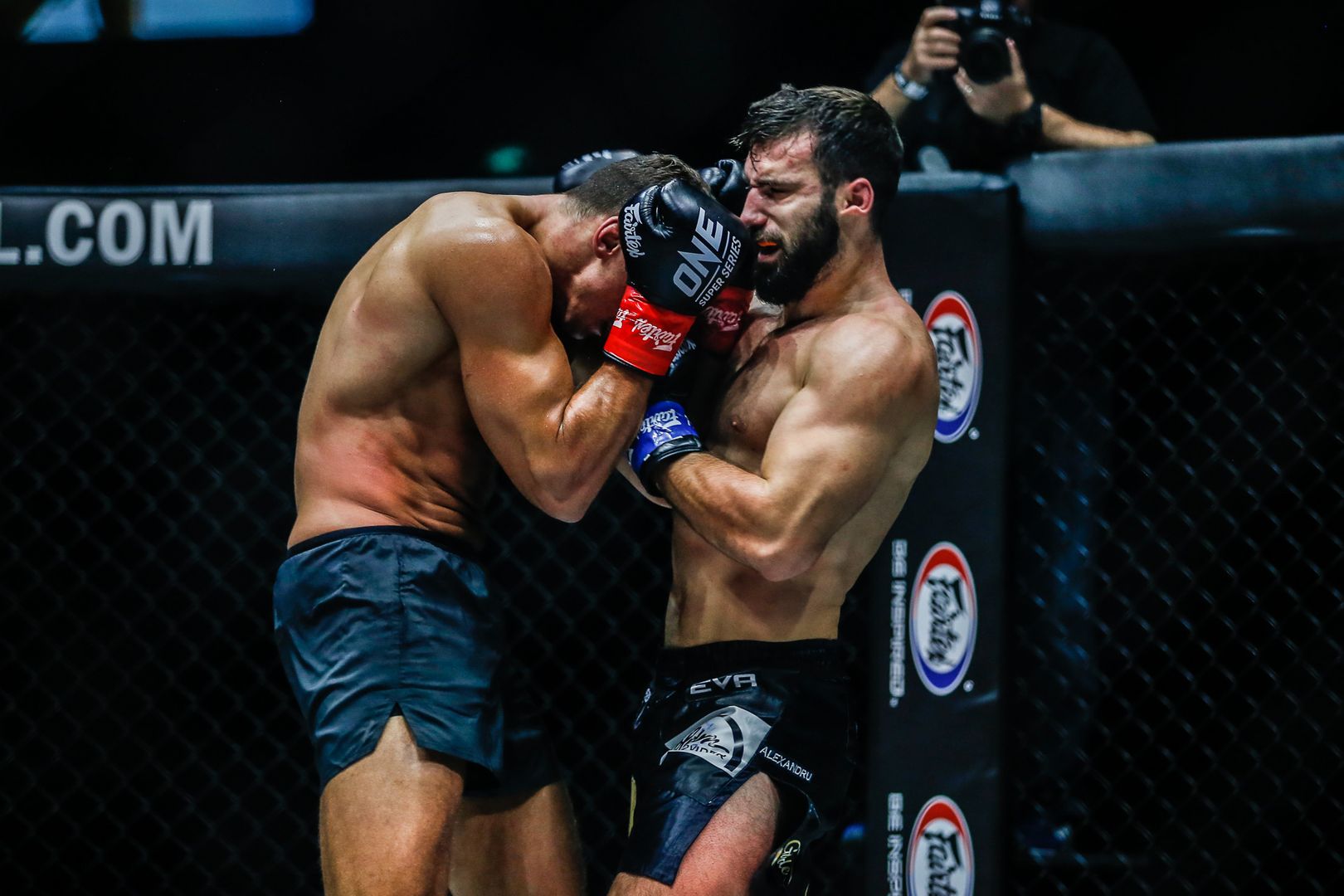 In a world of colossal men, only an equally colossal amount of fortitude can get you through. Fortunately for Andrei “Mister KO” Stoica, he possesses that combination.

The massive Romanian has been up against some of the world’s top heavyweight and light heavyweight strikers inside the Circle, yet even whenever he’s eaten their best shots, he’s also been able to continue.

This was displayed in his ONE Light Heavyweight Kickboxing World Title challenge against Roman Kryklia, where the reigning king threw everything in his arsenal at Stoica, but could not put him away.

“Mister KO” never went down despite a five-round outpouring of punches, kicks, and knees, proving that he is one of the most resilient athletes out there.

Cut from the same cloth as Rodtang, Rodlek PK.Saenchai Muaythaigym is another Muay Thai star with a penchant for eating shots to close the distance.

Although he did get stopped by one of the greatest nak muay of all time in his ONE Bantamweight Muay Thai World Title challenge against Nong-O Gaiyanghadao, there’s no denying that Rodlek is one of the toughest strikers in the world.

To earn his chance to compete for the gold, Rodlek absorbed the best strikes from “Left Meteorite” Kulabdam Sor. Jor. Piek Uthai — one of the biggest punchers in the sport — and still came out on top.

And in his bouts against England’s Liam “Hitman” Harrison and Scotland’s Chris Shaw, “The Steel Locomotive” wore a massive grin as he took heavy punches and elbows from his foes, before continuing to march forward.

The thrill Rodlek gets from wading through danger to find the room to land his own strikes is what makes him so exciting, and that could not happen if his chin was not made of granite.

Read more: 5 Muay Thai Fights We Want To See In The Second Half Of 2021