There were a lot of questions before the action began at ONE: DREAMS OF GOLD on Friday, 16 August in Bangkok, Thailand.

How would the new arrivals in ONE Championship fare on the global stage? Who would advance in the most prestigious tournament in kickboxing? Could a two-sport World Champion succeed in a third discipline?

All of that and more was answered inside the Impact Arena. This is what we learned during a wild night of world-class contests.

“The Baby Shark” Petchdam Petchyindee Academy has been outstanding since his transition from Muay Thai to kickboxing, but against Ilias “Tweety” Ennahachi, he met his match.

Until now, the 21-year-old from Bangkok had relied on his supreme power and talent to win two bouts under a foreign rule set. But against a specialist of the discipline, he was caught out.

Before Friday, Ennahachi was already a six-time kickboxing World Champion, and he showed why as he recovered from early adversity to turn on the style against his rival.

He never stopped moving and cutting angles, and when he moved forward to attack, he did so with blistering combinations that were likely faster and more powerful than Petchdam has ever experienced.

In the end, the defending ONE Flyweight Kickboxing World Champion was overwhelmed by the Ennahachi onslaught and defeated by third-round knockout. The new number one will take some beating.

#2 The Kickboxing World Grand Prix Championship Final Will Be Epic

The ONE Featherweight Kickboxing World Grand Prix semifinals could not have been more different to the quarterfinals, but that did not mean they were not brilliant.

In the first match of the night, Samy “AK47” Sana did not have a toe-to-toe battle as he did against Yodsanklai IWE Fairtex. Instead, he controlled the action to defeat “Genghis Khan” Dzhabar Askerov over three rounds.

The Frenchman showed he can win a tactical battle as well as a back-and-forth war, which is a good thing because he will need every trick in the book to take out his rival in the final.

Just like his upcoming opponent, Giorgio “The Doctor” Petrosyan had a completely different experience to his opening leg of the tournament. It took a pair of bouts and six rounds to get past Petchmorakot Petchyindee Academy, but less than three minutes to take out “Smokin” Jo Nattawut.

The Italian dynamo is known as a technician, but he packs plenty of power in his punches, and he scored his first KO in ONE Super Series to see off his Thai rival.

Only time will tell if he can do the same at ONE: CENTURY in Tokyo, Japan, or if Sana will have the tools to pull off another upset. Whatever happens, their clash of styles is sure to be utterly engrossing.

#3 Stamp Fairtex Is More Than Just A Striker

As the ONE Atomweight Kickboxing and Muay Thai World Champion, it would have been no surprise to see Stamp Fairtex rely on her striking when she returned to mixed martial arts against Asha “Knockout Queen” Roka.

However, the people who know her best have seen her grappling improve in the past couple of years, and she will need it against the toughest contenders in her new sport, so why not show it off now?

The 21-year-old Thai hero still looked great on her feet, but she really caught the eye with the way she sliced through her rival’s guard to take dominant positions on the canvas.

Stamp was close to finishing Roka with an armbar, a guillotine choke, and ground and pound in the first round, and then she closed the show with a rear-naked choke in round three.

#4 Slow Starts Are Not An Option Against Alaverdi Ramazanov

Muay Thai usually allows for a feeling-out process as competitors try to gauge their opponents’ timing and rhythm in the early stages before bouts liven up in the later rounds.

That is not the case in ONE Super Series, where shorter, three-round matches mean athletes have to get off to a flying start to get ahead on the scorecards and where there is no room for error in four-ounce gloves.

No one seems to understand this better than Alaverdi “Babyface Killer” Ramazanov, who now has two first-round knockouts in ONE Super Series.

Against Ognjen Topic, the Russian unleashed his power early and often to overwhelm his rival. The Serbian-American got up the first two times he was knocked down, but the third time he was floored, it was game over. 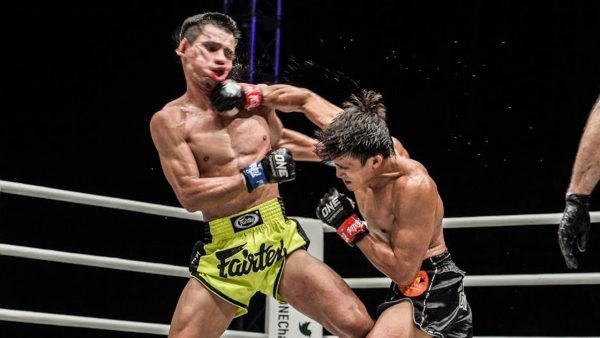 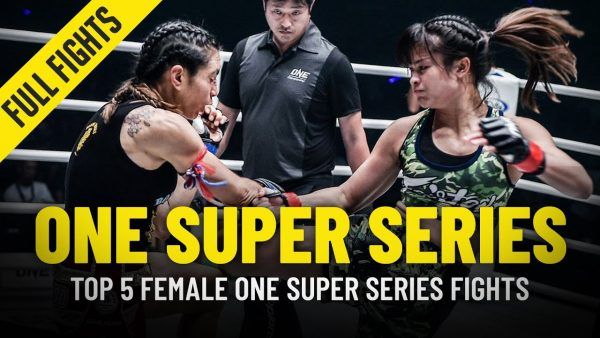