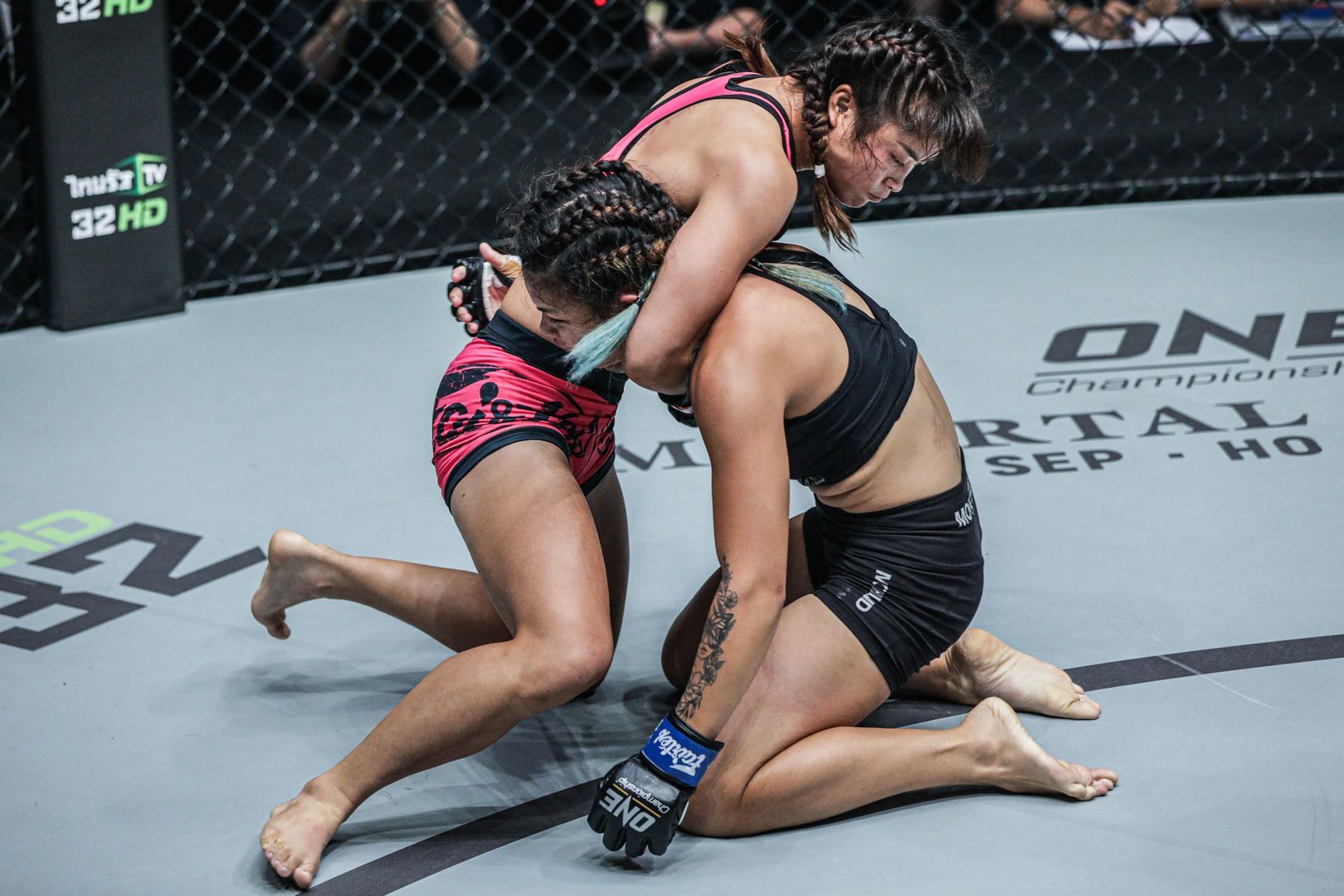 Stamp Fairtex showed that she is no longer just a striker after she scored a submission win over Asha “Knockout Queen” Roka in her first mixed martial arts contest on the big stage.

The ONE Atomweight Kickboxing and Muay Thai World Champion landed a rear-naked choke on her Indian opponent in the third round at ONE: DREAMS OF GOLD in Bangkok, Thailand on Friday, 16 August.

It began as a battle of striking styles between the Thai and her adversary – an Indian national boxing champion – in round one. Roka darted in with a one-two combination, and Stamp punished her with knees when she got too close.

When “Knockout Queen” punched her way in again, the Fairtex representative reacted with a hard right hand and a quick sweep that took Roka to the canvas.

On the ground, it was Stamp that dominated the proceedings. She landed some heavy ground and pound from the mount and came close to scoring an armbar and guillotine choke, but Roka made it to the end of a torrid round.

The Positron athlete was smarter in round two. She stepped inside the distance to land her straight shots and then quickly backed out. Whenever she committed too much, the two-sport World Champion had a knee or punch waiting.

As the round wore on, Stamp changed tactics from countering to all-out attack. She turned up the volume on her low kicks and drilled the inside and outside of Roka’s lead thigh with her shins.

“Knockout Queen” started the final frame with a sharp jab-cross and a flurry of punches, but she outstayed her welcome. Stamp clinched and kneed her foe, and then tripped her to the canvas and moved straight into the mount position. 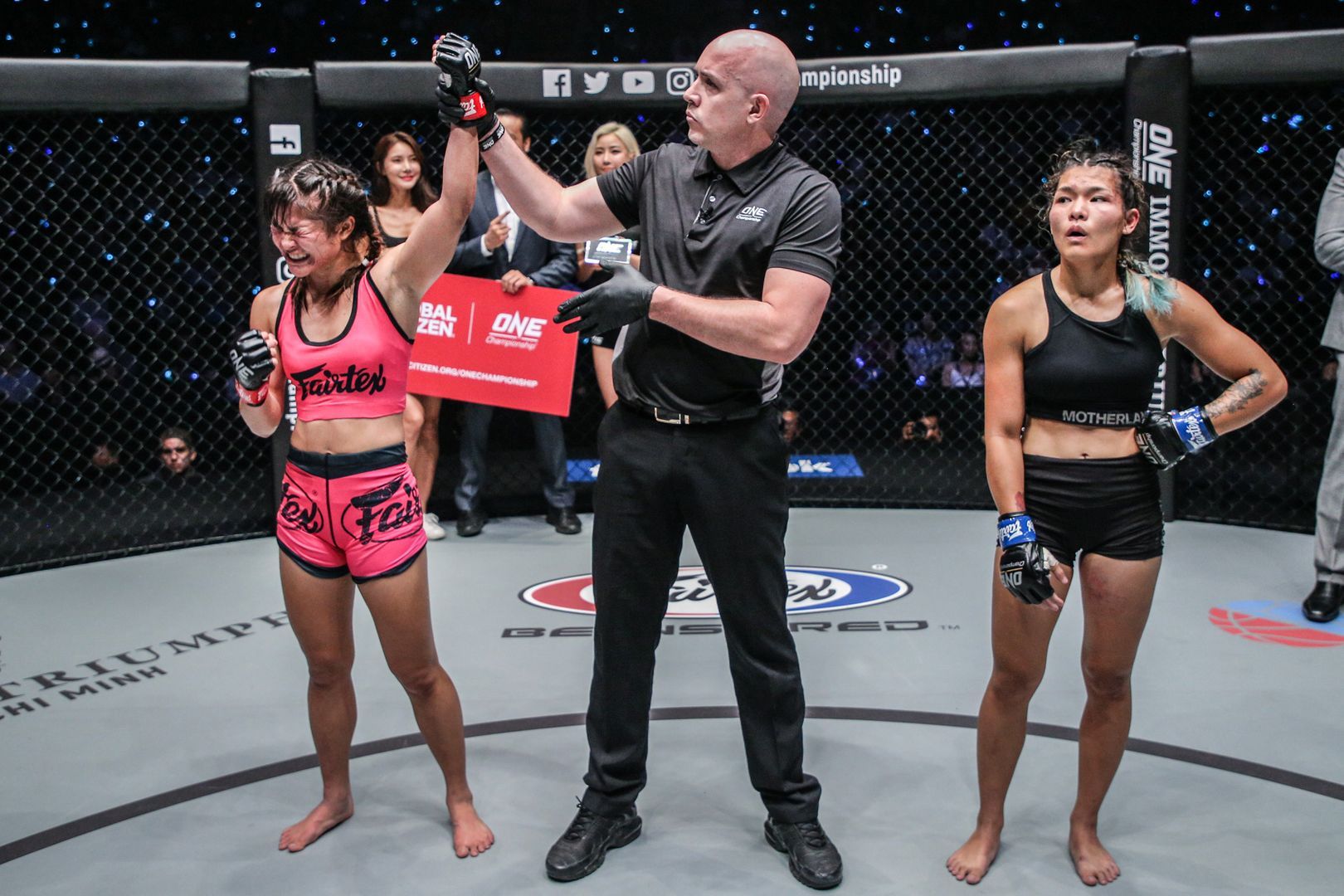 She rained down hard punches until Roka gave up her back and then locked in a tight rear-naked choke with 1:29 elapsed in the third round to get the first submission win of her mixed martial arts career.

With a victory in Rich Franklin’s ONE Warrior Series, and now her first win as a mixed martial artist on the global stage, Stamp stands at a perfect 2-0.