ONE Super Series continues to entertain fans across Asia as the world’s best stand-up martial artists converge to test their skills on the global stage.

It has seen the premier Muay Thai and kickboxing exponents face off under the ONE Championship banner, and their all-striking bouts have added an extra, action-packed dimension to events.

At ONE: PURSUIT OF GREATNESS in Yangon, Myanmar, a clutch of elite-level strikers will look to light up the Thuwunna Indoor Stadium.

Now, just days away from event night, we look back at a quartet of memorable performances from four of the men who are set for action on Friday, 26 October.

Tarik Khbabez comes at you like a runaway ????Yangon | 26 October | 6:00PM | LIVE and FREE on the ONE Super App: http://bit.ly/ONESuperApp | TV: Check local listings for global broadcast | Tickets: http://bit.ly/onegreatness18

In June, Tarik Khbabez announced his arrival in ONE Super Series with a stoppage finish of fan favorite Alain “The Panther” Ngalani at ONE: PINNACLE OF POWER.

The Dutch-Moroccan star used solid punches and forward pressure to grind down the Hong Kong hulk in their heavyweight kickboxing encounter.

Early in the final round, Khbabez forced Ngalani back against the ropes and landed cleanly with a big right hand and a left hook. The combination clearly rocked the four-time Muay Thai and kickboxing world champion, who turned his back as he leaned over the ropes.

Although the referee broke up the action for a moment, the Dutch-Moroccan striker knew he still had a chance to finish his rival. He backed “The Panther” into the corner where he connected with a massive knee, body shots, and a melee of power punches to the head.

Eventually, a short left-right punch combination sent the Hong Kong resident to the canvas. Ngalani showed heart throughout the contest, but this time, he would not be able to answer the referee’s 10-count.

It was a dream debut for Khbabez, and he looks to build on his momentum when he meets the man below at ONE: PURSUIT OF GREATNESS in a pivotal light heavyweight kickboxing tilt.

In July, at ONE: BATTLE FOR THE HEAVENS, Dutch-Moroccan kickboxing ace Ibrahim “Mr. Cool” El Bouni had to endure an early storm from Andre “The Giant” Meunier in their heavyweight kickboxing bout, but he came through to score an eye-catching knockout win in his promotional debut.

The Australian came out swinging for the fences and landed some heavy shots, but the A1WCC Kickboxing World Champion took them well. When they reached the midway point in the first round, El Bouni loaded up and connected with some power punches of his own.

First, he landed a perfectly-placed counter right to the side of Meunier’s head as he surged in, which sent “The Giant” crashing to the canvas.

The Aussie was back up at the count of six, but he did not remain on his feet for long.

“Mr. Cool” immediately went on the offensive. He threw a straight right, which penetrated his opponent’s guard and knocked him face-first to the mat. The referee had no choice but to stop the contest and award the win to the Dutch-Moroccan striker.

El Bouni showed the world that he is a force to be reckoned with in ONE Super Series, and he will look to deliver another highlight-reel knockout next weekend in Myanmar.

Han Zi Hao scored a big win in front of his own countrymen as he defeated Stergos “Greek Dynamite” Mikkios at ONE: BEYOND THE HORIZON in Shanghai, China this past September.

Han dropped Mikkios twice as he dominated the opening two rounds, then battled toe-to-toe with his European adversary through a breathless final period.

The first knockdown came in the opening stanza. The Chinese warrior sidestepped his rival’s jab and countered with a right hand, which stunned “Greek Dynamite” and briefly sent him to the ground.

If that was a flash knockdown, the second time Mikkios hit the mat was more decisive, as Han followed a side kick with a right hand that connected flush on his opponent’s chin.

Although the final stanza was a competitive three-minute affair, Han overwhelmed his European rival with crisp boxing and beautiful counters. The Chinese athlete earned a unanimous decision victory against a highly respected striker and progresses up the bantamweight ranks in ONE Super Series.

The 23-year-old will attempt to get his second promotional victory when he meets Ryan “The Filipino Assassin” Jakiri in Myanmar.

Legendary Lumpinee Stadium and WMC Muay Thai World Champion Singtongnoi Por Telakun made a spectacular return to action against Joseph Lasiri in May, and was out to build on his comeback with another masterful performance earlier this month.

At ONE: KINGDOM OF HEROES in Bangkok, Thailand, the Evolve representative faced  Masahide Kudo in a flyweight kickboxing bout. Though the Japanese athlete’s 17-7-3 record paled in comparison to Singtongnoi’s 221-80 slate, he would be a tough nut to crack.

The RISE Featherweight Champion started aggressively, but the Thai hero remained composed in front of his passionate home fans and set the tone by putting his opponent on his backside with a counter kick in the opening moments.

He continued to use his timing to respond to Kudo’s offense with precision strikes, before adding more power as he began to find a home for his signature left kick.

There was no lack of determination from Kudo, but Singtongnoi continued to find a home for his punches and kicks – whatever approach his rival took – and added knees when he was within range.

After three rounds, he took a well-earned unanimous decision. In Yangon, just three weeks removed from this recent victory, the Muay Thai icon will be back to face Rui Botelho. 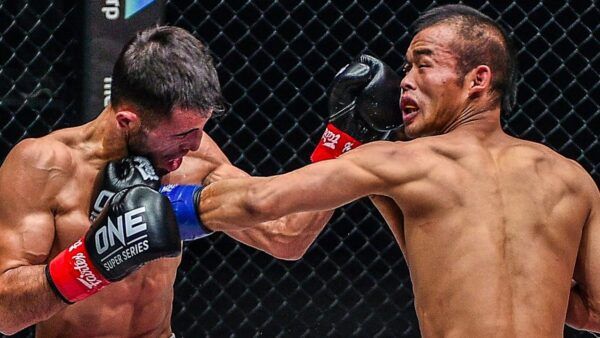