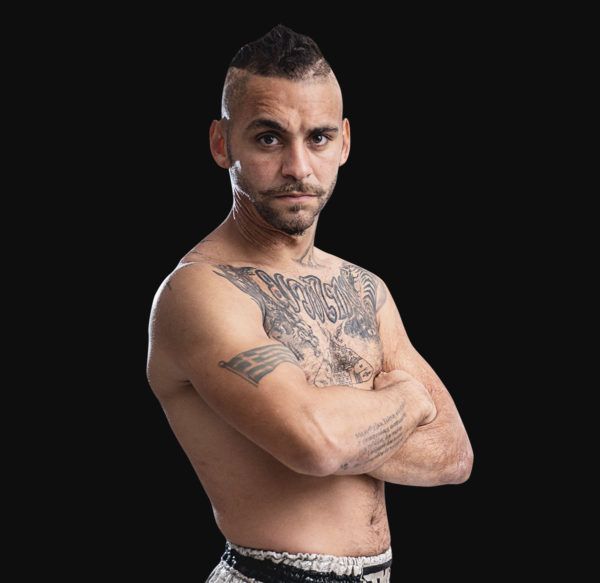 Proudly representing Greece is Stergos “Greek Dynamite” Mikkios, who has won numerous Muay Thai titles in the United States including Triumph Kombat, AKBF, and Friday Night Fights championships. Although he only started training in Muay Thai six years ago, it soon became his passion and purpose in life. He even quit his job, sold most of his possessions, and moved to Thailand to train and compete full time.

In the beginning, though, Mikkios did not have an easy childhood, and went through a long period of uncertainty. After being born in the United States, he relocated to Greece with his mother and father, but his parents separated when he was only 6 years of age, and the youngster was promptly sent to live in an orphanage. He stayed there until he was 11, but was forced to leave when the home closed. That caused Mikkios to move back to the USA, where he was raised by his grandparents.

Things were already difficult in Connecticut as he was seen as an outsider, but Mikkios had some prominent scars after a childhood accident, which caused some of the other children to bully him relentlessly. However, he always stood up for himself, and it would lead him to join a gym after graduating from high school. It would prove to be a decision that has changed his life immeasurably, especially since it has led him to the global stage of ONE Championship.

Avg. Bout Duration
00m : 46s
Total Duration
0h : 02m : 20s
STAY IN THE KNOW Join our mailing list!
Subscribe
Get The ONE Super App The Home Of Martial Arts
Open In App
WATCH.ONEFC.COM Gain access to LIVE events
WATCH
Opponent
Event
View Highlights
Stay in the know
Take ONE Championship wherever you go! Sign up now to gain access to latest news, unlock special offers and get first access to the best seats to our live events.
By submitting this form, you are agreeing to our collection, use and disclosure of your information under our Privacy Policy. You may unsubscribe from these communications at any time.