Tarik Khbabez scores a stunning TKO win over Alain Ngalani at 1:49 of Round 3, capping off a ferocious ONE Super Series kickboxing showdown!

Tarik Khbabez scores a stunning TKO win over Alain Ngalani at 1:49 of Round 3, capping off a ferocious ONE Super Series kickboxing showdown!Watch the full event LIVE & FREE on the ONE Super App ???? http://bit.ly/ONESuperApp | TV: Check local listings for global broadcast

Tarik Khbabez has announced himself as a serious threat to the heavyweights hoping to premiere in ONE Super Series.

On Saturday, 23 June, the Moroccan-Dutch juggernaut earned a massive third-round stoppage victory over four-time Muay Thai and Kickboxing Heavyweight World Champion Alain “The Panther” Ngalani at ONE: PINNACLE OF POWER.

The heavyweight kickboxing bout, which took place at the Studio City Event Center in Macau, started with Khbabez immediately looking to close the distance to eliminate Ngalani’s vaunted kicking game.

In spite of this, the Hong Kong warrior still enjoyed some success with his thunderous legs, as he backpedaled around the ring to create space for his powerful kicks.

As the round progressed, however, Khbabez — a two-time SUPERKOMBAT Heavyweight World Champion — gradually began to walk down Ngalani. He connected with heavy-handed punches on “The Panther,” who found it more and more difficult to create space for his own strikes.

The Moroccan-Dutch athlete showed more of his kickboxing sharpness in the final minute of the frame, as he pinned Ngalani in the corner and unloaded a flurry of fists.

Early in the second round, the Hong Kong phenom received a warning for constant clinching. He was struggling to cope with the relentless pressure of Khbabez, who seemed almost impervious to Ngalani’s strikes. 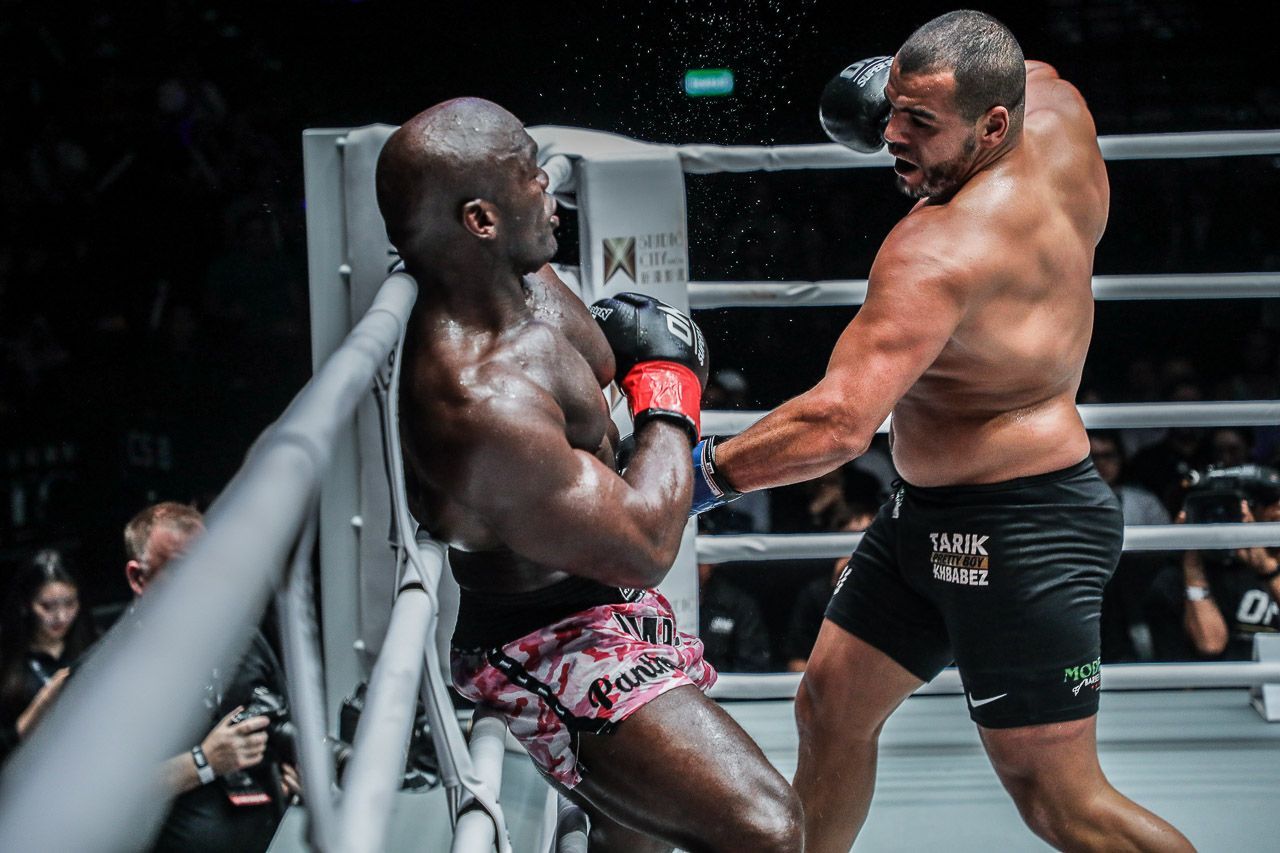 “The Panther” landed his fair share of strikes, but Khbabez’s aggression was relentless, as he walked through his rival’s punches to land powerful shots of his own.

In the third and final stanza, the Moroccan-Dutch competitor turned up the power. He unleashed his full arsenal on Ngalani, who eventually dropped after a sustained attack and could not beat the referee’s 10-count.

Khbabez earns the 27th knockout of his career, and the victory elevates his record to a stellar 43-5-1. By defeating “The Panther,” he has undoubtedly emerged as one of the top heavyweights to watch in ONE Super Series.