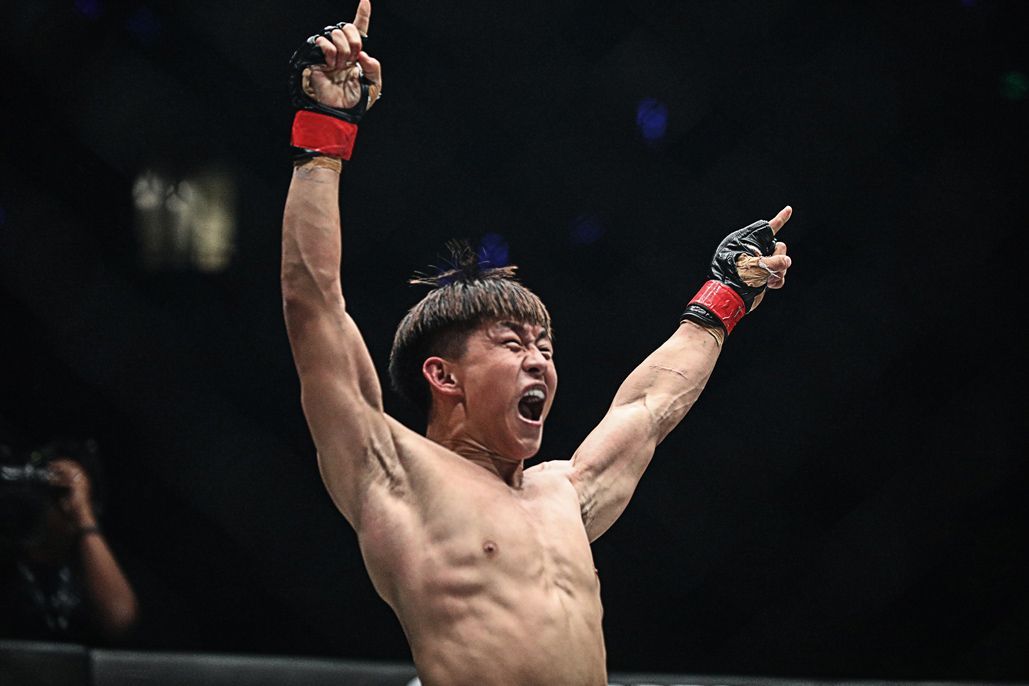 On Saturday, 7 July, the world’s best martial artists will converge at ONE: BATTLE FOR THE HEAVENS in China’s Guangzhou Tianhe Gymnasium.

The spectacle is headlined by a striking-only affair to crown the inaugural ONE Super Series Kickboxing Atomweight World Champion, but the rest of the card is stacked with mixed martial artists who have a special talent for submissions.

As event night approaches, relive some of the best submissions from the heroes competing at ONE: BATTLE FOR THE HEAVENS.

Reece “Lightning” McLaren was all set to face then-ONE Flyweight World Champion Adriano “Mikinho” Moraes for the title at ONE: VISIONS OF VICTORY in March.

However, when the Brazilian was forced off the card due to injury, the popular Filipino-Australian instead faced Malaysian hero Gianni Subba in the main event.

Despite the short-notice replacement, McLaren was focused, and he made a big statement with an impressive second-round finish.

In an all-action performance, the flyweight contender took Subba to the canvas and landed perfectly in full mount.

As Subba was still trying to get his bearings on the ground, McLaren’s head was already planted on the mat underneath the Malaysian’s left arm. By the time the Aussie shot his left arm behind his opponent’s head, it was too late to defend.

Though Subba tried to swiftly relieve the pressure, “Lightning” had acted fast to lock the arm-triangle choke up tight. He maneuvered counterclockwise, and squeezed to force the Malaysian star to tap.

It was a hugely impressive display, as McLaren sent out a reminder to everyone watching that he is a legitimate threat to the flyweight crown.

If “Lightning” can beat DEEP Flyweight Champion Tatsumitsu “The Sweeper” Wada this Saturday in Guangzhou, he may finally get that World Title shot.

In 2017, highly regarded Chinese prospect Zhao Zhi Kang debuted under the bright lights of ONE, on a mission to realize the hype.

In 2017, highly regarded Chinese prospect Zhao Zhi Kang debuted under the bright lights of ONE, on a mission to realize the hype.Bangkok | 24 March | TV: Check local listings for global broadcast | Tickets: http://bit.ly/onewill18

Zhao Zhi Kang had a promotional debut to remember at ONE: LEGENDS OF THE WORLD. He clashed with Cambodia’s Thai Rithy in Manila, Philippines, last November, and pulled off a slick first-round submission.

The Chinese Sanda Champion scored a takedown 30 seconds into the contest, and did not let his adversary out of his clutches for the remainder of the bout.

Rithy worked hard to get back to a vertical base on more than one occasion, but Zhao brought him back down to the mat every single time.

After one such reversal, Zhao went for the finish. He landed in half guard, before effortlessly sliding into side control. He instantly went to improve position again by putting pressure on Rithy with a knee-on-belly, which set up the switch to the dominant mount position.

There was no escape for his opponent. The Cambodian athlete soon gave up his back in his attempts to escape, which would turn out to be his biggest mistake.

Zhao flattened him out, snaked his right arm under Rithy’s chin, and locked up a rear-naked choke for the win using a tight palm-to-palm grip.

Next up for Zhao is a bout with Ma Xu Dong, which will be contested at a catch weight of 68 kilograms.

Adrian Mattheis had the RNC locked in deep!

Adrian “Papua Badboy” Mattheis showed his grit at ONE: GLOBAL SUPERHEROES in Manila.

In his bout with Malaysian boxing champion Eddey “The Clown” Kalai in January, he survived a number of dangerous situations, before turning the tables on his opponent to earn a rousing submission win.

Kalai looked to walk down Mattheis in the early stages of the contest. He connected with crisp punches, including a big left hook to the chin, and reversed a takedown attempt from “Papua Badboy” to end up on top in his guard.

Despite being in a difficult spot on the canvas, the Indonesian went on the attack. For the best part of four minutes, both men exchanged takedown and submission attempts at a breakneck pace.

With the first round winding down, the athletes were brought to their feet by the referee, but engaged again straight away. They traded punches, and then locked horns. “The Clown” attempted a hip toss, but Mattheis stayed heavy and wound up behind him.

“Papua Badboy” forced Kalai onto his knees and quickly took his back, established his hooks, and rolled him over. An instant later, he secured a tight rear-naked choke to claim a hard-earned win after a back-and-forth battle.

The Indonesian will attempt to capture another thrilling victory at ONE: BATTLE FOR THE HEAVENS. He will meet Robin “The Ilonggo” Catalan in the ONE ring.