Alex “Little Rock” Silva just wrapped up a banner year in ONE Championship.

The 35-year-old brilliantly defeated a pair of top contenders, and then earlier this month, outclassed previously-undefeated titleholder Yoshitaka “Nobita” Naito to claim the ONE Strawweight World Championship. 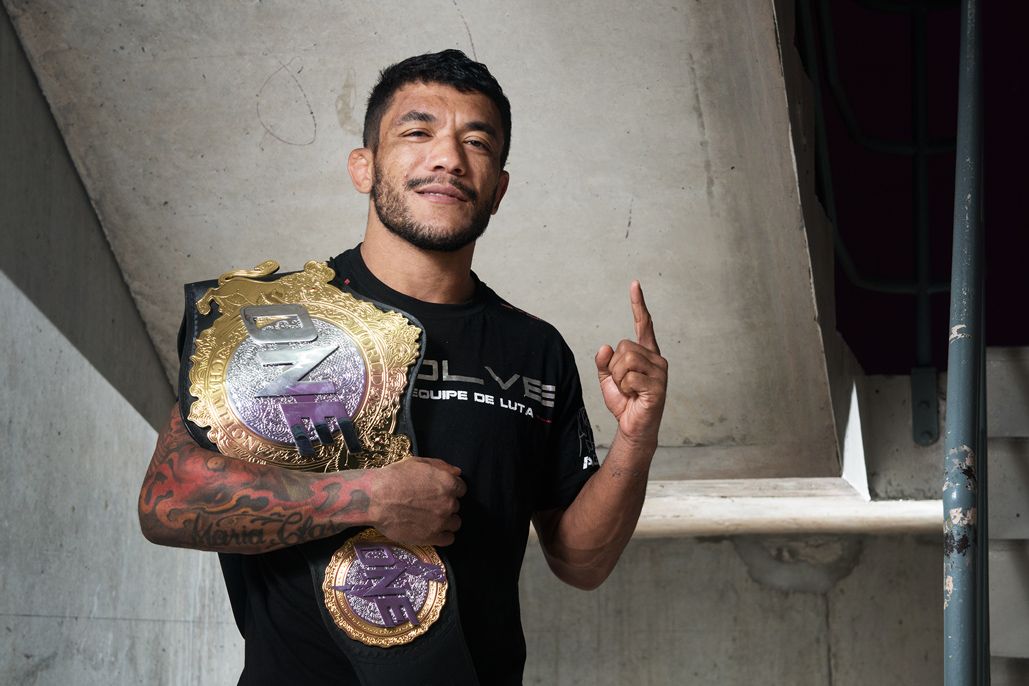 How the Singapore-based Brazilian realized his dreams is all on the strength of his hard work. He will undoubtedly work just as hard in 2018, as he prepares for all challengers in the organization’s stacked strawweight division.

Defeating Silva will be no easy task, given how the BJJ world champion now has a formidable stand-up game to compliment his elite submission prowess.

Here are three of his best victories, which illustrate the very best of both his striking and grappling ability.

Breaking barriers in his quest for gold.

Posted by ONE Championship on Friday, December 1, 2017

After an unsuccessful promotional debut in February 2012, where he lost to Geje “Gravity” Eustaquio via unanimous decision, Silva turned up the heat.

Over the next four years, he engaged in a competitive run against the Catalan Filipino wushu family. First, he submitted Rene Catalan via armbar in April 2013, and then tapped out the younger Ruel via kneebar in December 2015. Three months later, at ONE: UNION OF WARRIORS, it was Robin “The Ilongo” Catalan’s turn to try and crack the Silva code.

The heavy-handed Catalan enjoyed initial success against Silva, scoring with punches and leg kicks while displaying great takedown defense. But the BJJ world champion would not be denied. “Little Rock”grabbed a hold of Catalan’s leg, methodically forced him to the ground, and swarmed on his Filipino opponent.

With that victory, Silva registered his third-straight first-round submission over the Catalan family.

Six months after defeating former title challenger Roy Doliguez, Silva was placed opposite undefeated Japanese champion Hayato Suzuki at ONE: LEGENDS OF THE WORLD. It was a titanic matchup to determine the next number one contender for the ONE Strawweight World Championship.

On paper, the contest looked intriguing. It was a contrast of grappling styles, as Silva is a BJJ world champion while Suzuki is viewed as one of Japan’s best wrestlers. It had all the makings of an epic ground war, but instead it was a lightning-quick affair.

Merely 15 seconds into the bout, Suzuki easily hit a clean double-leg takedown. He had the Brazilian against the cage and tried to advance his position, but Silva had the same thought. “Little Rock” grabbed Suzuki’s arm, popped him into the air with his feet, worked a high guard, and rolled with the Japanese combatant.

Suddenly, Silva emerged with a high mount, trapped Suzuki’s left arm, and as he rolled, transitioned into a deep armbar. He forced the Japanese grappler to tap out at 1:22 of round one, and gave the cage veteran the first blemish of his 20-bout career.

The ground specialist put on a stand-up clinic to become the ONE Strawweight World Champion!

This past December at ONE: WARRIORS OF THE WORLD, Silva was granted a shot at the ONE Strawweight World Championship, held by then-unbeaten Japanese kingpin Yoshitaka “Nobita” Naito.

Naito was renowned for his submission grappling, which he leaned on to dethrone Dejdamrong Sor Amnuaysirichoke for the title in May 2016, and then Joshua Pacio in his first title defense later that October.

Understandably, both men’s expertise lay on the ground, but each was confident in his striking game, and opted to see whose was more superior.

As fate would show, Silva proved to be the better combatant standing. He constantly pressured Naito, turned his lead leg red with chopping kicks, and battered him with heavy punches, even knocking the champion down.

“Nobita” displayed extraordinary toughness to look as fresh as ever. While he landed some strikes of his own, it was in the championship rounds where he did his best work. The Japanese champion took “Little Rock” to the canvas, and attempted several submissions. That ultimately proved to be difficult, however. Silva is a mat wizard who, despite being put in some less than favorable positions, never truly appeared threatened.

From beginning to end, it was an incredible championship tilt to watch. Both men gave it their all, but Silva was more impressive through five rounds of action. The judges appropriately gave him the win, and awarded him the ONE Strawweight World Championship.