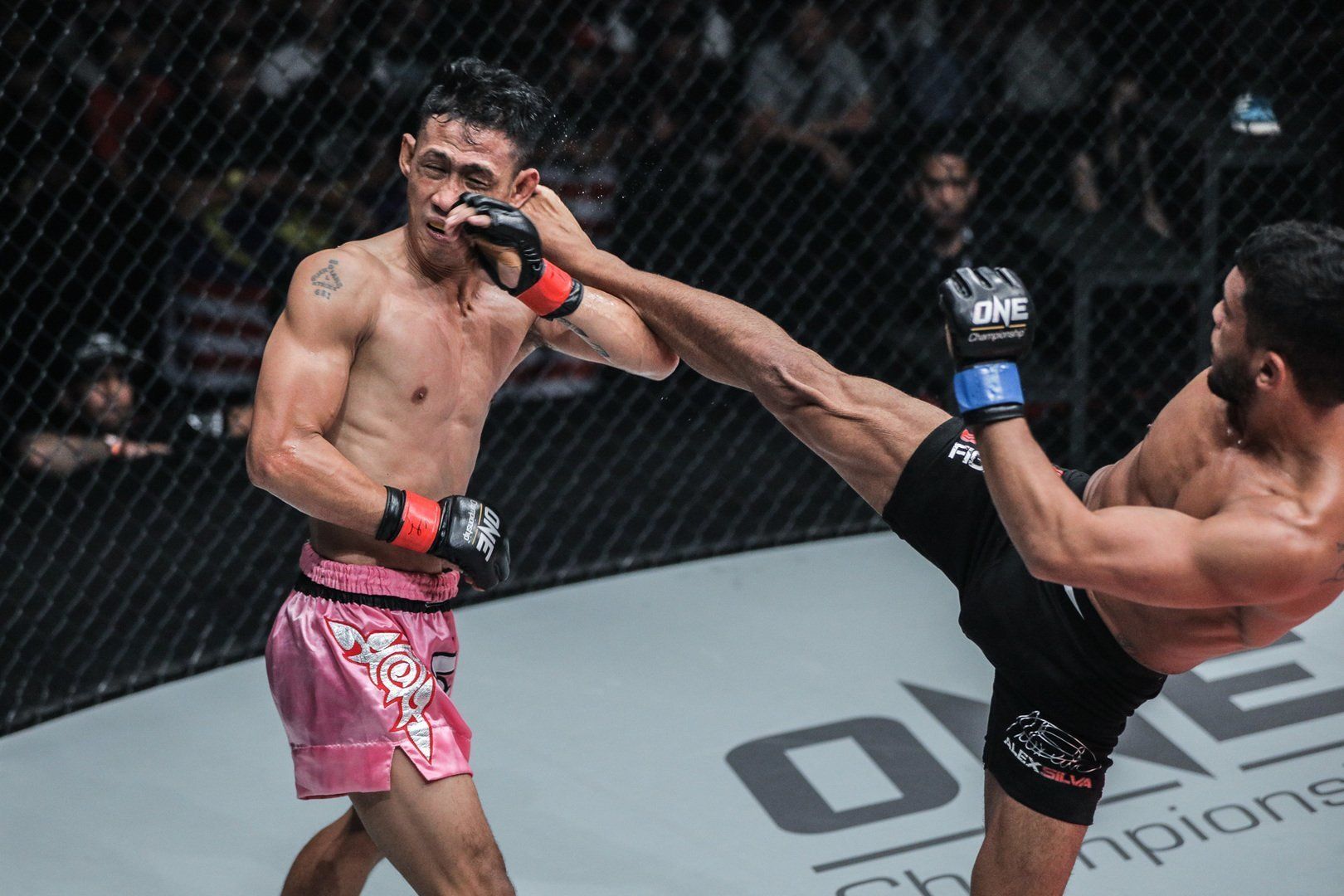 Brazilian jiu-jitsu specialist Alex Silva scored his fourth-straight submission victory on Friday in Kuala Lumpur at ONE: THRONE OF TIGERS. The Brazilian strawweight battled game Filipino Roy Doliguez for two and a half rounds before securing a fight-ending armbar submission.

The end came at 2:36 of the third and final round, prompting Silva to pop up to his feet and gesture that he wants a shot at ONE: Championship gold next.

In the first round, Silva stormed in and scored a single-leg-takedown against the fence. Doliguez briefly reversed positions before being returned to his own back.

Doliguez held onto his full guard as Silva stood inside it and rained blows. The Filipino held tough and maintained an active full guard whenever he could break Silva’s posture, and used his own strikes off his back as well. With under 30 seconds left in the round, Silva passed the guard and secured the mount, but was soon reversed and ended the round on his back.

A minute and a half into the second round, Silva scored another takedown after Doliguez missed with a big uppercut punch attempt, and took the side mount. From there, Silva repeatedly worked to the I-Position looking for a choke, but Doliguez defended well and composed his guard. 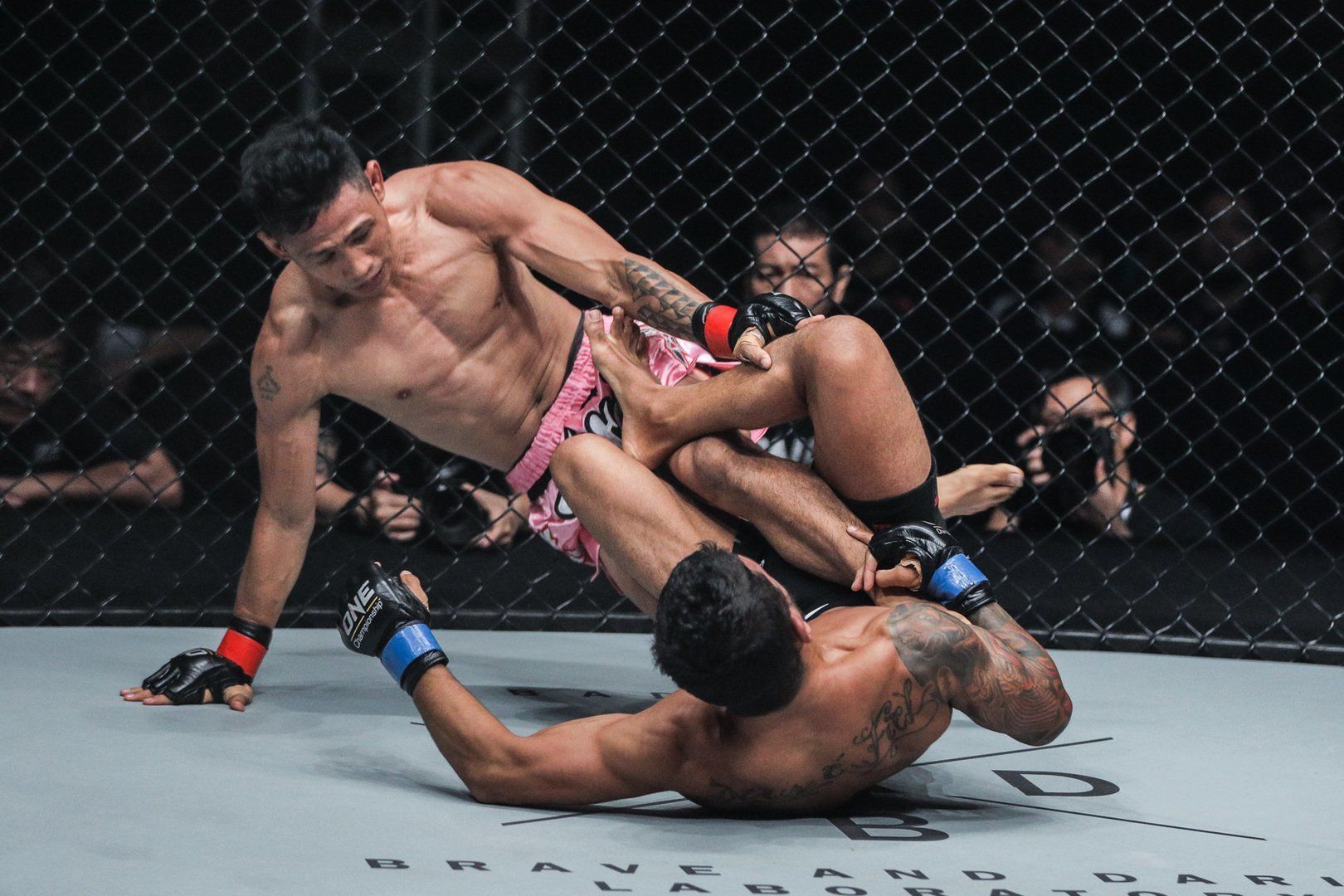 Doliguez scored with his own strikes while using his guard and attempted his own submission before scrambling up to his feet. Silva doggedly pressed for inside position once more, however, pushing Doliguez to the cage and landing another takedown with just over a minute in the round left. Once on top, Silva peppered Doligez with strikes until the bell.

Doliguez started the third and final round hard, landing an overhand punch to the head and successfully defended a takedown attempt. Undeterred, Silva immediately shot in again and scored a takedown once Doliguez had run out of sprawling room against the fence.

Silva patiently changed lanes inside of Doliguez’ half guard, slicing through and taking the full mount with about three minutes left on the clock. Doliguez got to work on an escape attempt, trying to swing his legs from underneath Silva to topple him and come out the back door.

Doliguez left his arms extended as he did, however, and Silva snatched one, went face-down, then rolled to his back and secured the fight-ending armbar. The loss is Doliguez’ third-straight and dips his record to 6-4. Silva’s win moves him to 5-1 overall.