This November looks set to be one of the busiest and best months in ONE Championship history, and it all kicks off next Friday, 8 November with ONE: MASTERS OF FATE.

When the Circle arrives in Manila, Philippines, for the final time in 2019, the Mall Of Asia Arena will come alive as local and international talent thrills the fans in attendance and millions watching around the world.

Combat aficionados – especially the locals – should be immediately drawn to the all-Filipino ONE Strawweight World Title headline bout between Joshua “The Passion” Pacio and Rene “The Challenger” Catalan, but the undercard is also stacked with main-event caliber competitors in intriguing encounters.

These are the onefc.com editorial team’s picks for a trio of tussles you absolutely must see.

Take a look back at Stamp Fairtex and Bi “Killer Bee” Nguyen’s bouts on the global stage, and you will struggle to find a single moment when either have paused for breath.

Their track records of delivering relentless offense alone would be enough to suggest we have a thrilling women’s atomweight mixed martial arts contest on our hands, and that is backed up by their game plans.

Stamp showed off her rapidly-evolving grappling skills as she aggressively pursued a submission in her last match – her first mixed martial arts contest on the main ONE roster – but this time, the two-sport World Champion from Thailand predicts she will show off her Muay Thai skills in a striking battle.

“Killer Bee” seems more than happy to stand and trade, but she also revealed her strategy will ultimately be to expose her opponent’s deficiencies on the ground.

If her ONE debut is anything to go by, she will not hesitate to go for a finish the second both athletes hit the canvas, and that will test Stamp’s defensive BJJ skills like never before.

ONE: MASTERS OF FATE will see the long-awaited return of one of The Home Of Martial Arts’ most entertaining athletes.

“The Underdog” Li Kai Wen was arguably ONE’s action MVP last year with three stoppage wins in three bouts. They included a 43-second submission, the fastest knockout in featherweight history, and a KO at the end of one of the year’s craziest bouts.

You can expect more of the same from the Chinese athlete in his bantamweight debut against Paul “The Great King” Lumihi, as he has stated his intention to “Li Kai Wen” his opponent.

However, the man from Indonesia has only been finished once in his career, he has never been knocked out, and most of his wins have come by stoppage, so he may offer some stiff resistance in this one.

Fans in Manila will be treated to a Muay Thai clash of styles when one of the biggest hitters in ONE Super Series squares off against a master technician in a bantamweight bout at the Mall Of Asia Arena.

Han Zi Hao earned a ONE Bantamweight Muay Thai World Title shot earlier this year thanks to four wins, including three victories inside the distance that made the Chinese slugger the leading finisher on the ONE Super Series roster.

Han never stops chasing the stoppage, and he will go all-out to take the biggest scalp of his career against “The Left Savage” Kongsak PK.Saenchaimuaythaigym. He will walk the Thai down with his hard punches, and look for the KO.

However, the more the Top King Muay Thai World Champion chases after the man from Bangkok, the more he will offer opportunities for “The Left Savage” to unleash his best shots.

The three-time Lumpinee Stadium Muay Thai World Champion showed how he can stand up to the most intense pressure when he defeated Alaverdi Ramazanov in his promotional debut, and that any opponent has to be wary of his explosive body kicks. 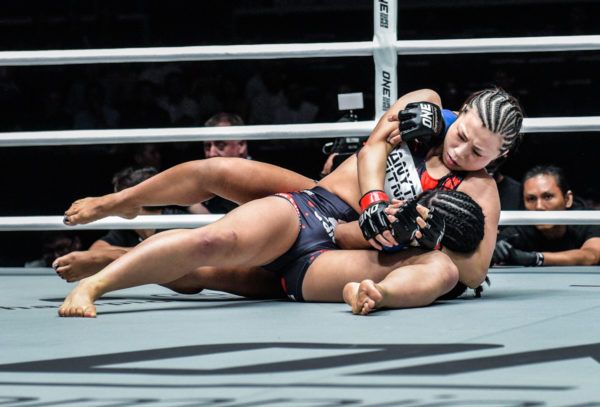 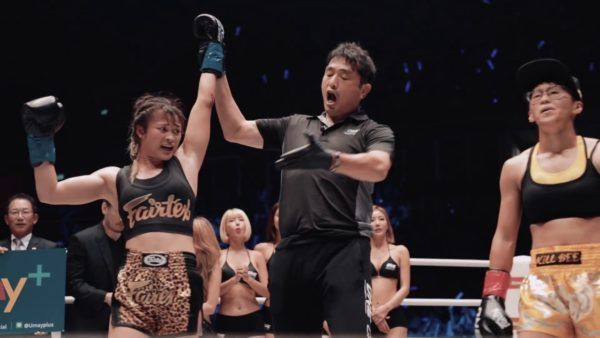