“The Big Heart” Yoon Chang Min wants to build some momentum in his mixed martial arts career and develop a reputation as one of the most exciting young talents in The Home Of Martial Arts.

On Saturday, 15 June, the South Korean has a chance to accomplish both of those short-term goals.

The 25-year-old is scheduled to face the Philippines’ Trestle “Jun Minion” Tan in a lightweight bout at ONE: LEGENDARY QUEST, and he promises to deliver fireworks inside the Baoshan Arena in Shanghai, China.

“I have no patience for slow, boring matches,” Yoon states.

“It’s in my blood to put on a sizzling performance. I will make sure that the upcoming match will be among the most memorable ones in ONE Championship.” 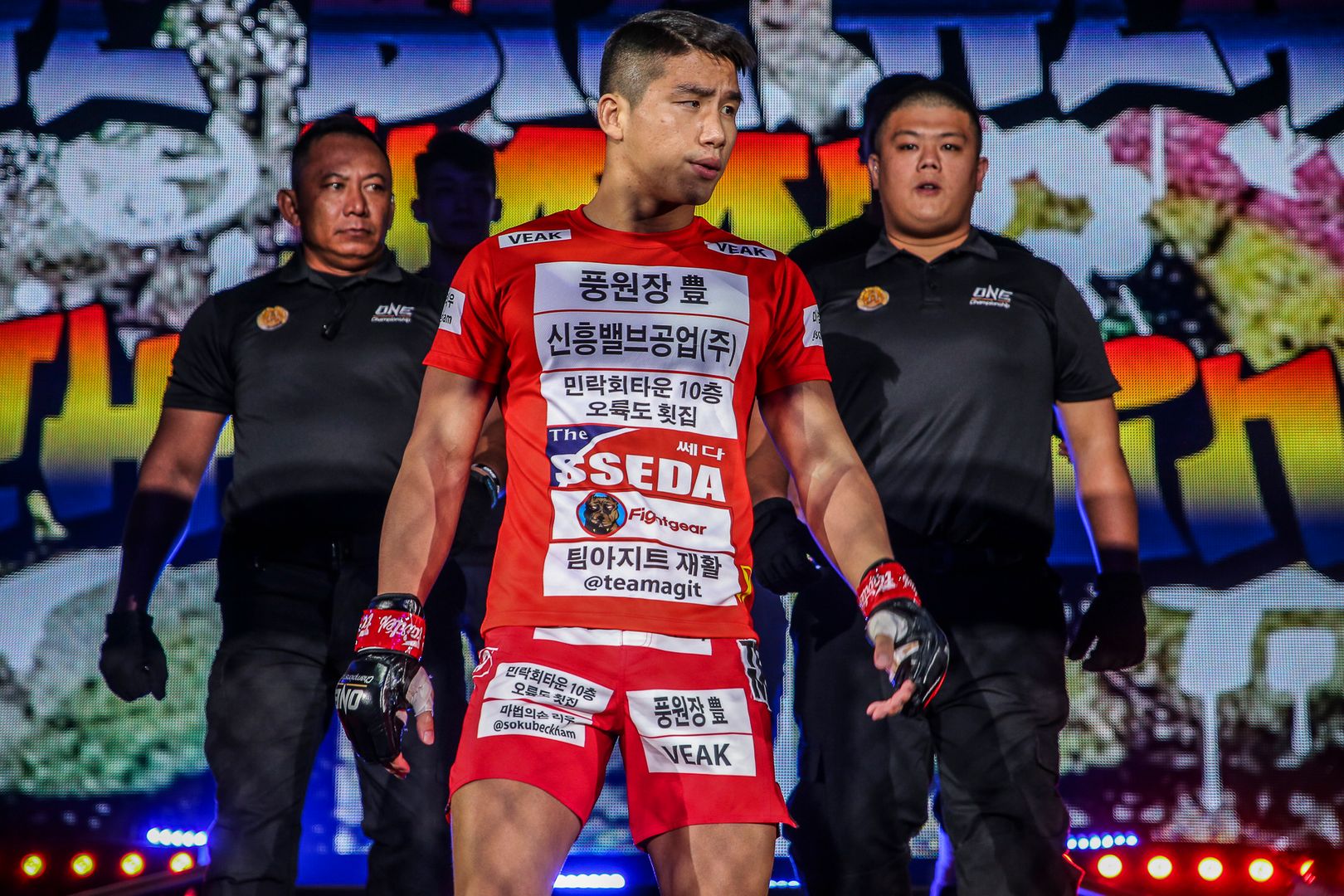 Yoon, who comes from an extensive kickboxing and amateur boxing background, launched his professional mixed martial arts career in style this past March.

In his debut at ONE: A NEW ERA, he out-struck eight-time Muay Thai national champion Bala “The Tulunad Warrior” Shetty and then submitted the Indian striker via rear-naked choke with less than a minute remaining in the first round.

The South Korean credits that extraordinary win to his meticulous approach to preparation, coupled with his strong, competitive mindset.

“The victory left me feeling ecstatic, but I trained so hard to win that match and to feel a sense of justification as well,” Yoon explains.

“Until that match, I had insisted on fighting using only my trademark skills, but I bolstered my ground skills since then to become more adept in jiu-jitsu and wrestling.

“Through persistent training, the new fighting skills became instinctive, which led to the successful result in that match.” 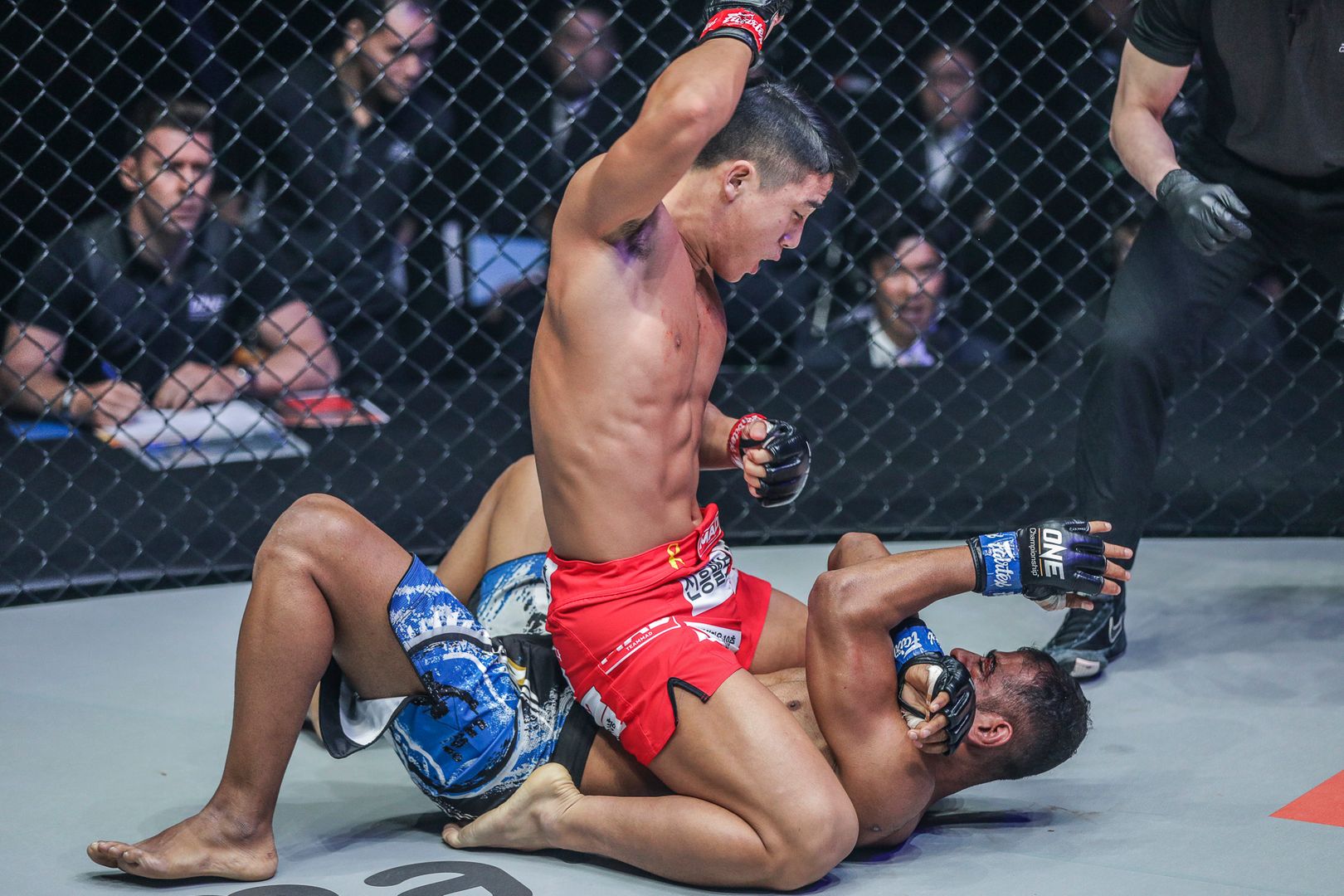 Yoon will attempt to replicate that explosive performance in his second contest on the global stage for martial arts.

However, the Team MAD product knows he will be facing a formidable opponent in Tan.

The 34-year-old Filipino, who is based in Ho Chi Minh City, Vietnam, is a veteran striker who has been tightening up his boxing and diligently training with high-level grapplers in an effort to improve his ground game.

While “Jun Minion” had primarily competed in the welterweight division, he has since recreated himself as a lightweight. Now more comfortable in this weight category, he intends to revitalize his career beginning with this match-up.

“Trestle Tan is coming down from a heavier weight class, so that means he will have greater strength and size,” Yoon says.

“But I am not worried. I am confident that my strength lies in the details. I have a sharper edge than him due to my speed, agility, and accuracy.” 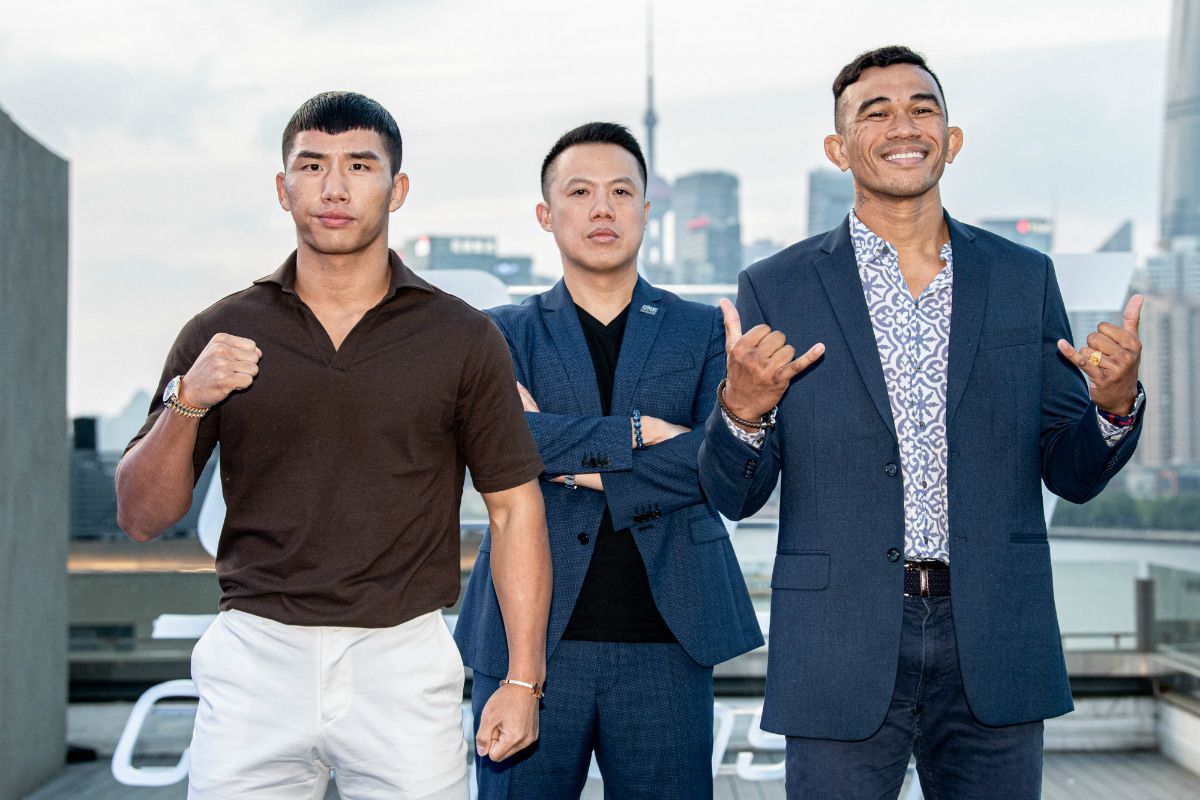 Confident with the weapons in his arsenal, “The Big Heart” wants to provide a greater sample size of his immense talent and seal another highlight-reel stoppage victory.

“I want to show all of my skills by fighting all the way up to the third round,” he continues. “But honestly, I think the bout won’t go beyond the second round. It may even end before round one.”

Should Yoon accomplish that feat, then it would undoubtedly help in solidifying his status as one of the lightweight division’s most exciting young talents.

The South Korean’s ultimate goal is to claim the ONE Lightweight World Championship, and although he is still gathering his footing in the sport, he is confident he is on the right track towards achieving his dream.

“I wouldn’t have walked down this path unless my sights were set on the top spot,” he says. “I am hungry to win. I am confident of achieving the results I yearn for.”