Jomary “The Zamboanginian Fighter” Torres once wowed martial arts fans with one spellbinding performance after the next.

Now, after a string of tough outings, she’s determined to recapture that magic and climb her way toward the upper echelon of the women’s atomweight division.

The Filipina will collide with undefeated megastar Ritu “The Indian Tigress” Phogat in the curtain-raiser of ONE: BIG BANG, which airs live from the Singapore Indoor Stadium this Friday, 4 December.

“I believe it’s only a matter of time, especially since she comes from a great camp like Evolve. Everything she needs to improve and break out are all taken care of.”

Indeed, Phogat has gotten off to a superb start in The Home Of Martial Arts. Since making her promotional debut in November 2019, the Indian wrestling legend has steamrolled every single one of her opponents.

Phogat’s most recent victory came at ONE: INSIDE THE MATRIX in October, where she dominated Kun Khmer World Champion Nou Srey Pov everywhere the match went. Ultimately, she defeated her Cambodian foe via TKO in the second round.

Those all-around skills caught Torres’ attention, as she believes the 26-year-old grappling sensation has evolved into a complete mixed martial artist.

“Of course, her wrestling is still her main weapon, but her boxing is pretty good, too. She uses that boxing to set up her takedowns, and that’s why I have to be very careful.”

Still, the Filipina is confident that if the match stays upright, she’ll own the advantage.

“I respect her boxing skills,” Torres continues. “I think they’re improving, but I believe I’m better on the feet.”

Torres herself was once among the hottest young stars in the promotion.

She experienced a dream start to her career, rattling off four consecutive victories including a submission win over Thai mixed martial arts pioneer Rika “Tiny Doll” Ishige and a 40-second knockout of Team Lakay’s April Osenio.

But lately, “The Zamboanginian Fighter” has experienced some unexpected turbulence, being swept up by top atomweight contenders like #3-ranked “MMA Sister” Lin Heqin and #4-ranked Mei “V.V” Yamaguchi.

The Filipina knows the position she’s in now – an underdog looking to shock the brilliant rising star with a dazzling performance and break her way into ONE’s Athlete Rankings.

Admitting that Phogat’s world-class wrestling could be a handful in the match, the 24-year-old is working double-time to at least mitigate the impact of her foe’s elite grappling.

“We’re going to look for our chances and openings. We all know that it won’t be easy matching her wrestling,” Torres admits.

“But we’ve been studying her. If a chance presents itself, even if it’s just one percent, we’ll take it. She is really good, but she is human as well. She can make mistakes, and we’re hoping to capitalize on that.” 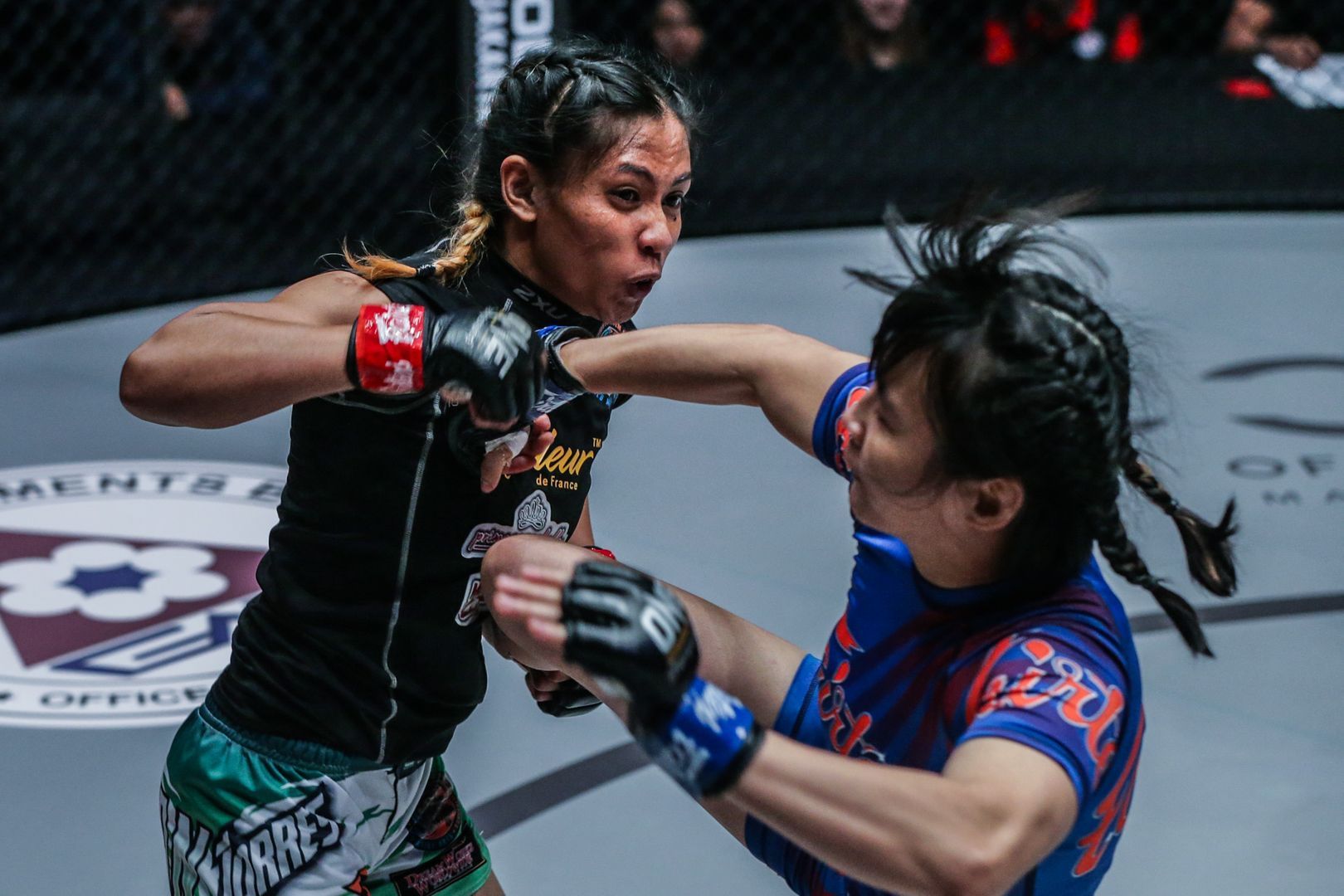 Torres knows she has a difficult assignment in “The Lion City,” but she is determined to become the first person to defeat Phogat.

A win would undoubtedly elevate her name and get her career back on track, but it would also boost her family’s morale. That serves as only more fuel for “The Zamboanginian Fighter” to emerge victorious on Friday night.

“I’m very motivated to do it for my family – they’ve been going through some tough times – and, of course, for the Philippines as well. I am determined to win this match,” she says.

“I’m not one to predict [the outcome of my matches], but fans can expect a good fight. I’m looking for the knockout, but I am confident wherever this match goes.”