Jomary “The Zamboanginian Fighter” Torres may have entered her women’s atomweight clash with Team Lakay’s April Osenio at ONE: GLOBAL SUPERHEROES as a promising talent, but she left the cage as a bonafide superstar.

On Friday, 26 January, the shy Filipina stunned everyone at the Mall Of Asia Arena — including herself — with a spectacular finish.

She knocked out Osenio with a devastating slam in just 40 seconds, which earned her both the fastest knockout and stoppage victory in ONE’s women’s history.

Jomary Torres extends her undefeated streak to 4-0 with a 40-second KO, the fastest in ONE women's history!

Jomary Torres extends her undefeated streak to 4-0 with a 40-second KO, the fastest in ONE women's history!TV: Check local listings for global broadcast | PPV: Official Livestream at oneppv.com

“I really did not expect that was going to happen,” Torres admits.

“I was planning on using my strikes against her, but that one, I really was not expecting. I was surprised myself, because I never thought of being able to do that move. It just happened.”

Torres, known for her trademark shyness, was particularly nervous that evening. Despite being in her hometown, she was jittery while trying to warm up backstage. 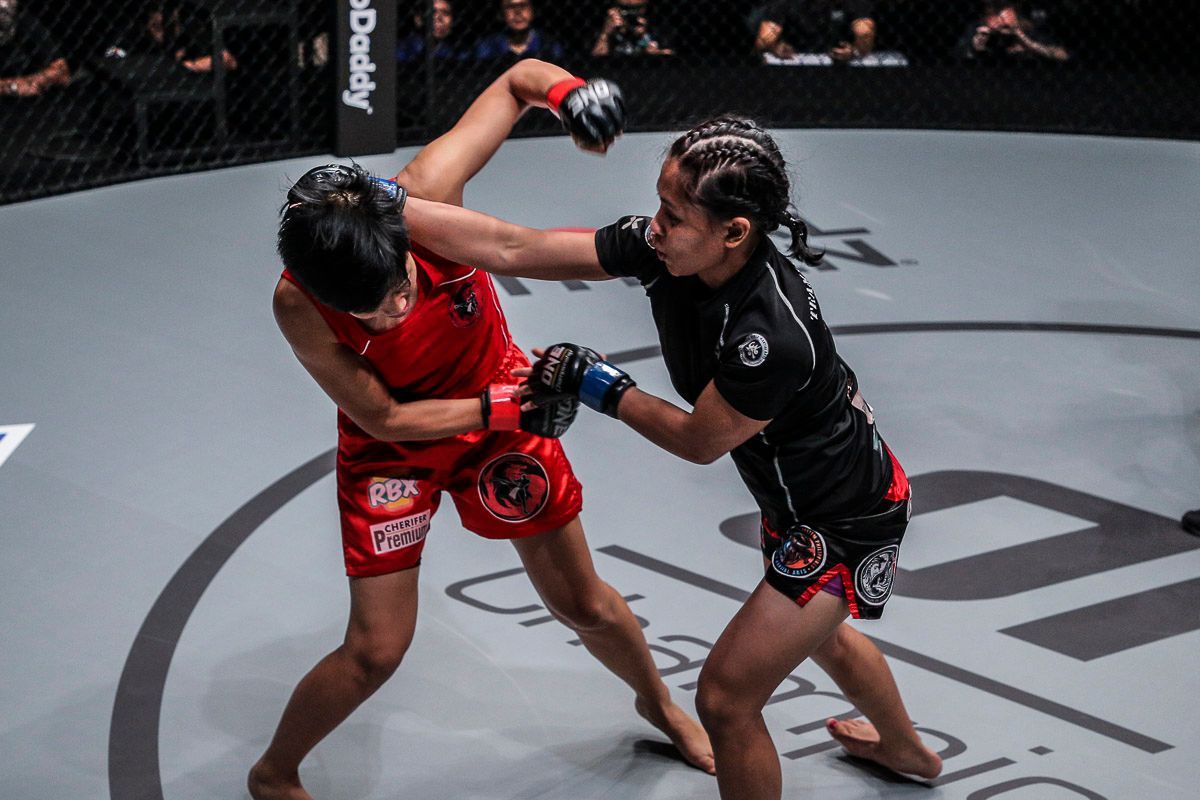 “I was about to do some shadow boxing before I stepped in the cage, but I could feel my knees shaking. Coach [Rene Catalan] told me to just relax,” she admits.

“Every time I step in the cage, my knees get shaky. However, once the action begins, the shaking stops.”

The bout started with Osenio measuring her opponent with short leg kicks. Once she got comfortable, she charged at Torres, who fired back with a hook shot of her own before initiating a clinch. They went to the ground, where the Team Lakay standout appeared to secure a guillotine choke.

“Her hold was still pretty loose at the time, so I was able to get out of it,” Torres recalls. 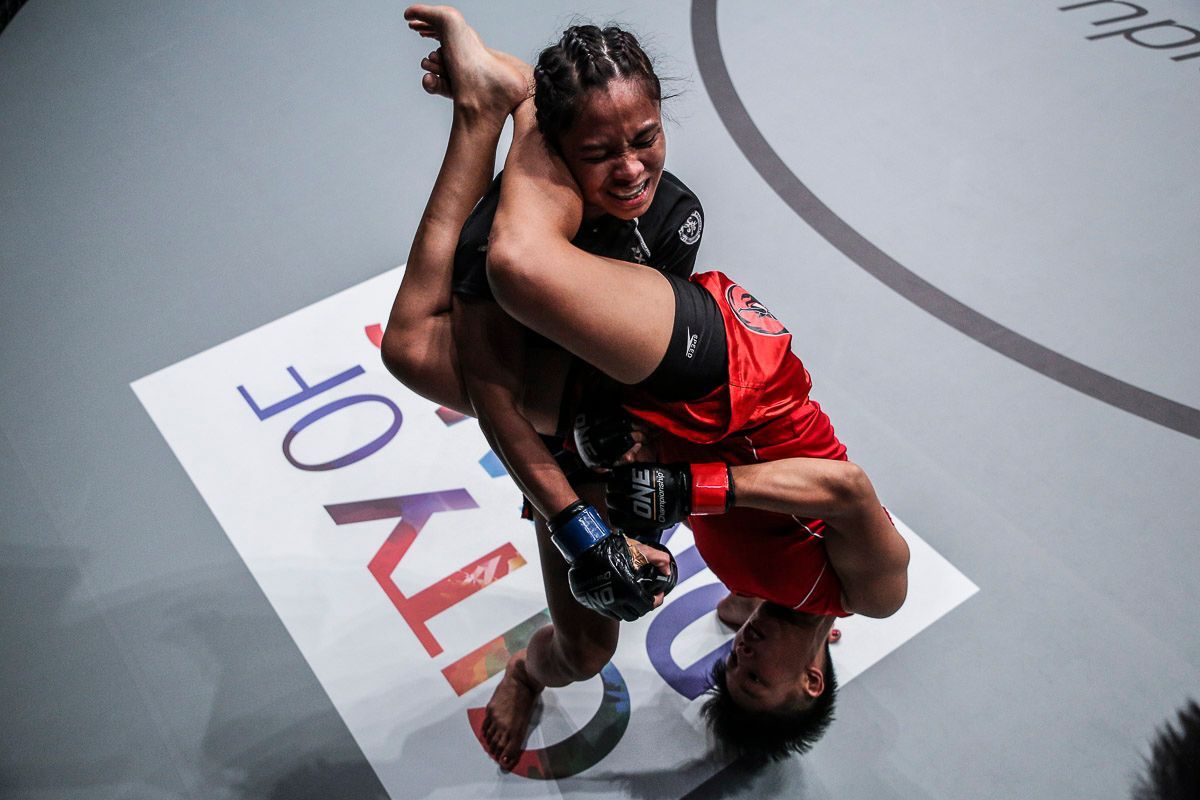 “The Zamboanginian Fighter” went on the offensive, only to allow Osenio to catch a punch and lock in an armbar. Just when it seemed like she was in trouble, Torres lifted up her opponent into the air and slammed her to the ground, instantly knocking her out.

While her move produced a favorable outcome, it was not intended to finish the bout.

“It was just supposed to be my way to escape. I did not expect I would be able to carry her,” Torres says.

The fast victory turned out well for the Catalan Fighting Systems product, as she was also recovering from the flu during the bout. Torres, who accepted the match on two weeks’ notice, caught the illness in training camp. 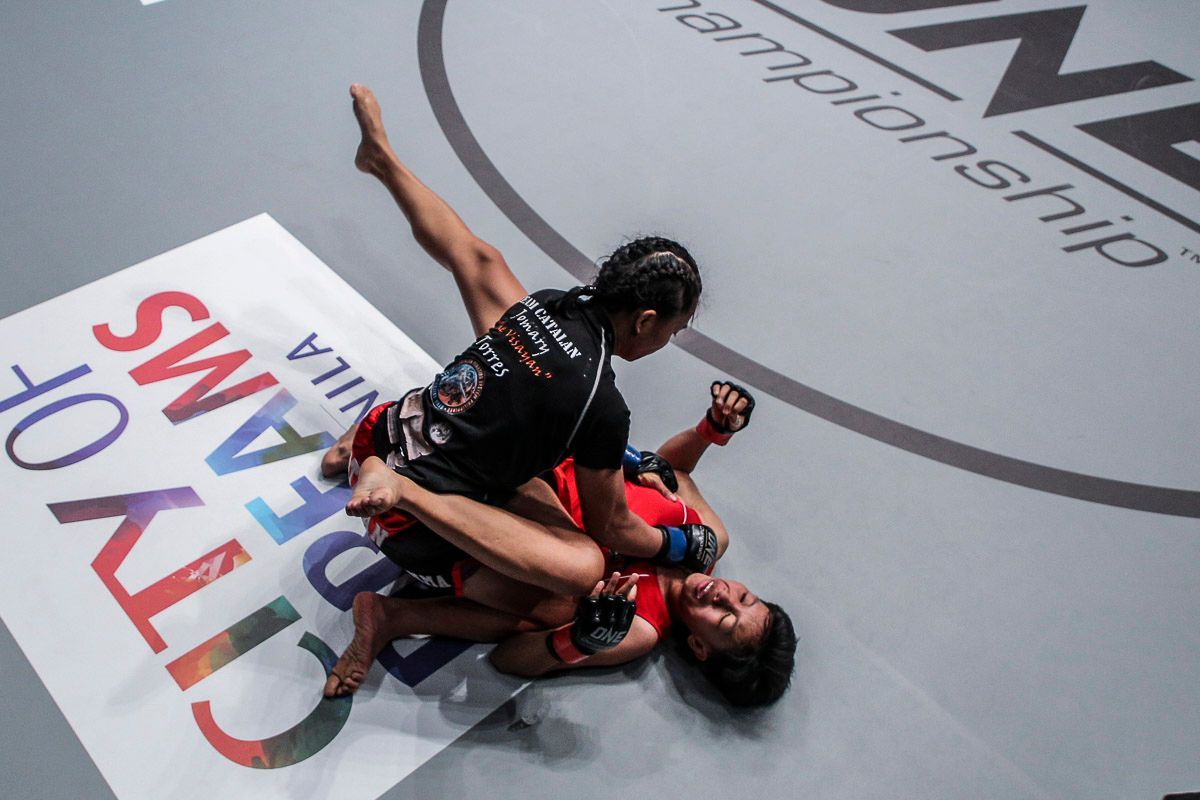 “I got it during sparring while training for the contest,” she reveals. “Good thing the match only lasted 40 seconds because if it went longer, I do not know what would happen.”

Now at a perfect 4-0, which includes huge wins over Rika “Tinydoll” Ishige and Nita Dea, there is not any doubt that Torres is rising up the ranks.

Still, she is not trying to rush her career nor call out any of the top contenders in the women’s atomweight division. She would much rather focus on her development as a martial artist, and become noticed as an exciting cage warrior first.

“I want to enjoy this time [at the opening of the cards] first before moving up,” she explains. “It might be difficult to move up immediately, because I do not think I am ready yet.” 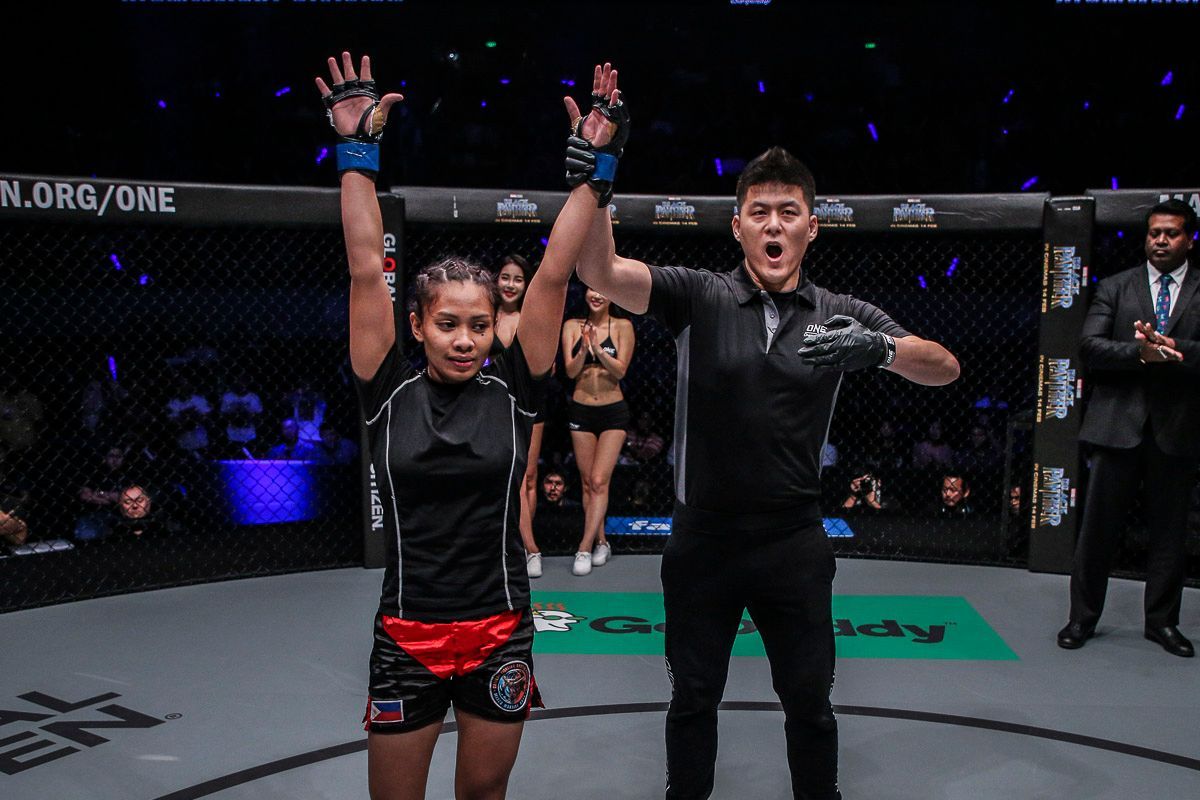 Also, with each and every win, she gains more attention from the media. That is something the naturally quiet Zamboanga del Norte, Philippines native continues to have a difficult time adjusting to.

“If it is stepping into the cage, let’s go. But interviews, no. I did not have those back in our province,” she explains. “I am naturally shy, I guess. I cannot shake it off.”

Still, Torres’ confidence continues to grow, and with dazzling performances such as the 40-second knockout of Osenio, it will not be long until the shy girl from the countryside becomes a legitimate title contender speaking with confidence.