“The Terminator” Sunoto got back to winning ways with a dominant performance in front of his hometown crowd in Jakarta, Indonesia, and now he has his sights set on the top of the division.

The hometown hero’s victory – his 10th on the global stage – at ONE: WARRIOR’S CODE on Friday, 7 February, reignited his confidence and showed why he is one of the most prolific athletes in the promotion’s history.

“I am fired up that, after two consecutive losses, I could give the best for my fans and for Indonesia,” states the 35-year-old.

His win came under difficult circumstances, too, as “The Terminator’s” originally scheduled opponent was changed in the week leading up to the bout at the Istora Senayan. However, the Terminator Top Team and Indogym athlete relied on his veteran experience to adjust and take a clear-cut unanimous decision victory over Nurul Fikri.

The Indonesian star also surprised some people with improved boxing as he dropped his rival in the opening minute of the bout, but he could not find a way to repeat his success against the taekwondo black belt’s striking threat.

“He was a replacement for my previous opponent so I had to change my original game plan,” explains Sunoto.

“I am sharpening my striking. I tried to throw many punches and the plan was, I would counter with my punches when he threw his kicks, but it did not work well because every time I wanted to throw punches, he always countered with kicks.

“He always managed to evade and it occurred three to four times, so in the last round, I was a bit reluctant to apply the same tactic.”

Sunoto managed to work around Fikri’s striking skills by using a relentless wrestling attack to nullify and dominate the rest of the 15-minute encounter. “The Terminator” never looked in danger as he kept almost complete control and showed why no Indonesian has more ONE wins than he does.

Now that he is back on track, he wants to build his momentum and become stronger so he can win his way to the top of the bantamweight ranks.

“I can assess myself and I think there are things I need to improve, but it doesn’t mean I will automatically lose against [the best athletes]. With a proper game plan and preparation, anything is possible,” he offers.

While he is reluctant to call out anyone specific, the Jakarta resident is confident that he can mix things up against any athlete on the roster if he is given the chance.

Only reigning World Champion Bibiano “The Flash” Fernandes (12) and former World Champion Kevin “The Silencer” Belingon (11) can top his seven wins in the bantamweight division, so “The Terminator” certainly has a strong résumé to build on, and he would not turn down any opportunity to attack the division’s upper echelon. 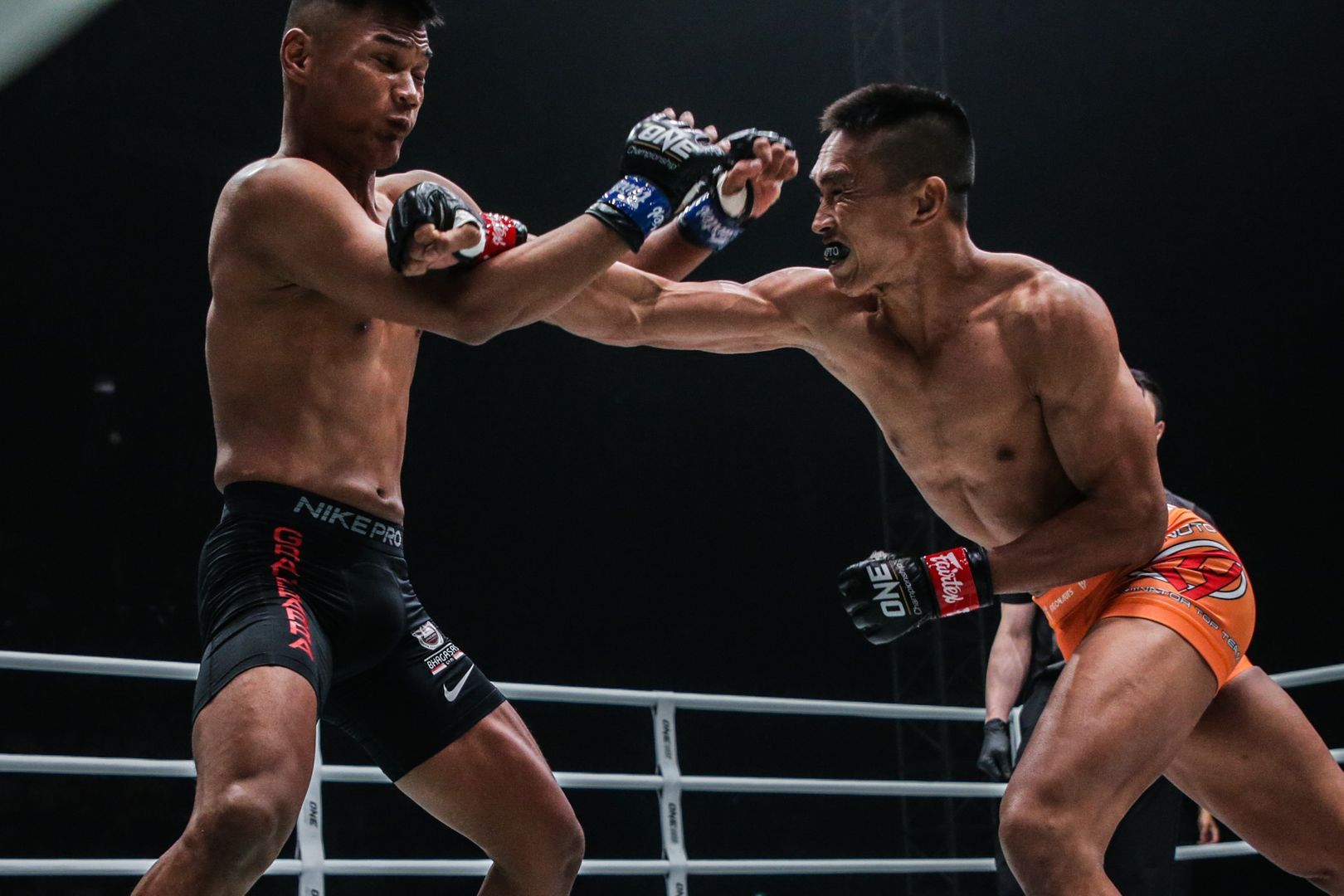 “As a man who always answers the call, I am always ready to fight anytime, anywhere, and against anyone,” he asserts.

“I will work hard to fix my weaknesses and improve my strengths. Hopefully, in the near future, I can stay in the winning circle and earn a title fight to bring a World Championship belt to Indonesia.

“I am ready to face the division’s top fighters.”