The roars of the crowd in Jakarta, Indonesia, were deafening when Eko Roni Saputra entered the ring to compete, and he credits them for his best performance of his mixed martial arts career at ONE: WARRIOR’S CODE.

Buoyed by the support from his countrymen, the multiple-time national wrestling champion dominated and submitted Khon Sichan via rear-naked choke in the first round of their flyweight clash inside the Istora Senayan on Friday, 7 February.

After he felt the euphoria of getting his hand raised at home for the second time in The Home Of Martial Arts, he says he cannot wait to show his fans what he can do in his next match.

“When I walked into the ring, I was very happy and proud. Everyone cheered for me and it had become an added motivation,” he reveals.

“I felt fired up when hearing such massive support. Things like that do not only encourage me to win, but to also keep getting better and better as an athlete. It makes me addicted [to winning].”

The 28-year-old Borneo native employed his incredible takedown skills in the opening seconds and then showed his rapidly-expanding skillset with a varied attack of ground and pound and submission attempts.

Sichan resisted as much as possible until Saputra took his back and locked in a deep choke to get the finish – just as he had planned.

“I was tasked to fight Khon Sichan – an athlete that has a strong background in striking. When I watched his fight videos, I immediately prepared a game plan together with my coaches,” he offers.

“The plan was just like that. It started with boxing, and when there was a chance I’d go for a takedown.”

The one-sided demolition of an experienced rival, as well as his decorated wrestling background, made Saputra stand out as a future contender in the stacked flyweight ranks.

Though the Evolve athlete is confident he can continue to rise up the ladder, he admits there is still work for him to do. His wrestling skills will always be the bedrock of his arsenal, but there are other aspects he wants to concentrate on before he can edge his way toward his weight class’ upper echelon.

“I definitely want to face better athletes after this to improve my rank in the flyweight division, and I will fly back to Singapore on Monday to train at Evolve,” he explains.

“I have to train again with coach Yar [Siyar Bahadurzada] and coach Drian [Fransisco] to sharpen my tactics for the upcoming fights. [Bahadurzada] is specifically helping me with all aspects of mixed martial arts, such as takedowns and ground and pound, as I showed against Sichan.

“I learned a lot [in boxing] from coach Drian. It is a whole new level. I learn from the basics. I have not learned many boxing techniques – only a few, but I need to really master these techniques.” 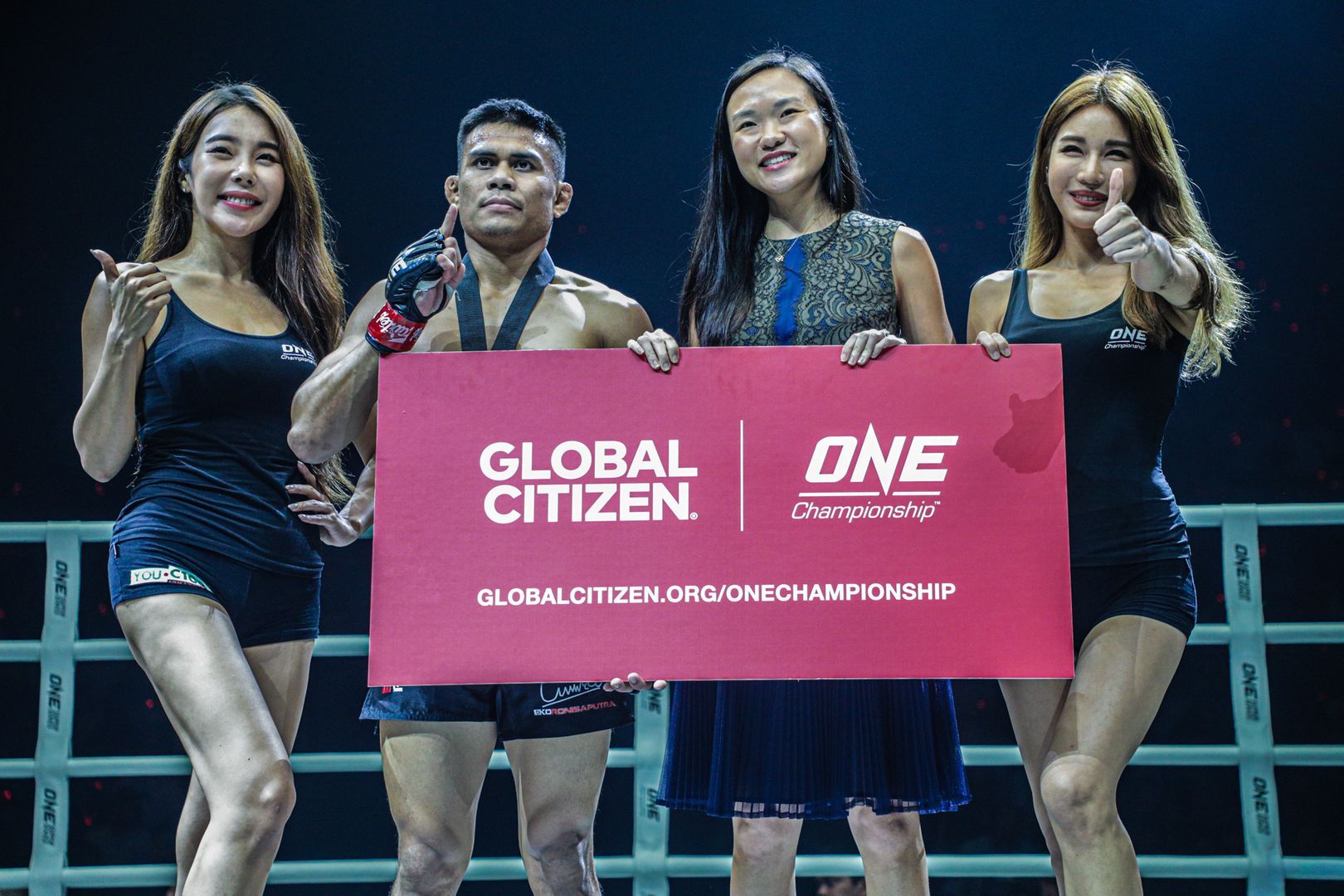 Saputra is surrounded by world-class martial artists from all disciplines in Singapore. Combined with his phenomenal work ethic, he should have everything in place to continue his improvement into a true force in the flyweight division.

He is humble enough to realize that he has a long way to go before he can face the biggest names, but he hopes to share the Circle with the best The Home Of Martial Arts has to offer. The name of one man who he greatly respects, in particular, stands out for Saputra.

“I can’t pick any opponent by myself, but if given the opportunity, I think [I would like to face] Geje Eustaquio,” he states.

“He is a former champion of the division so he will be a good test for me. Maybe not in the near future, but I see him as a good test to assess whether I am considered ready or not to be a top contender.”

Read more: Heroes Of ONE WARRIOR’S CODE Show Their Respect On Social Media